Second half surge gets No. 3 LCU past Buffs in LSC showdown 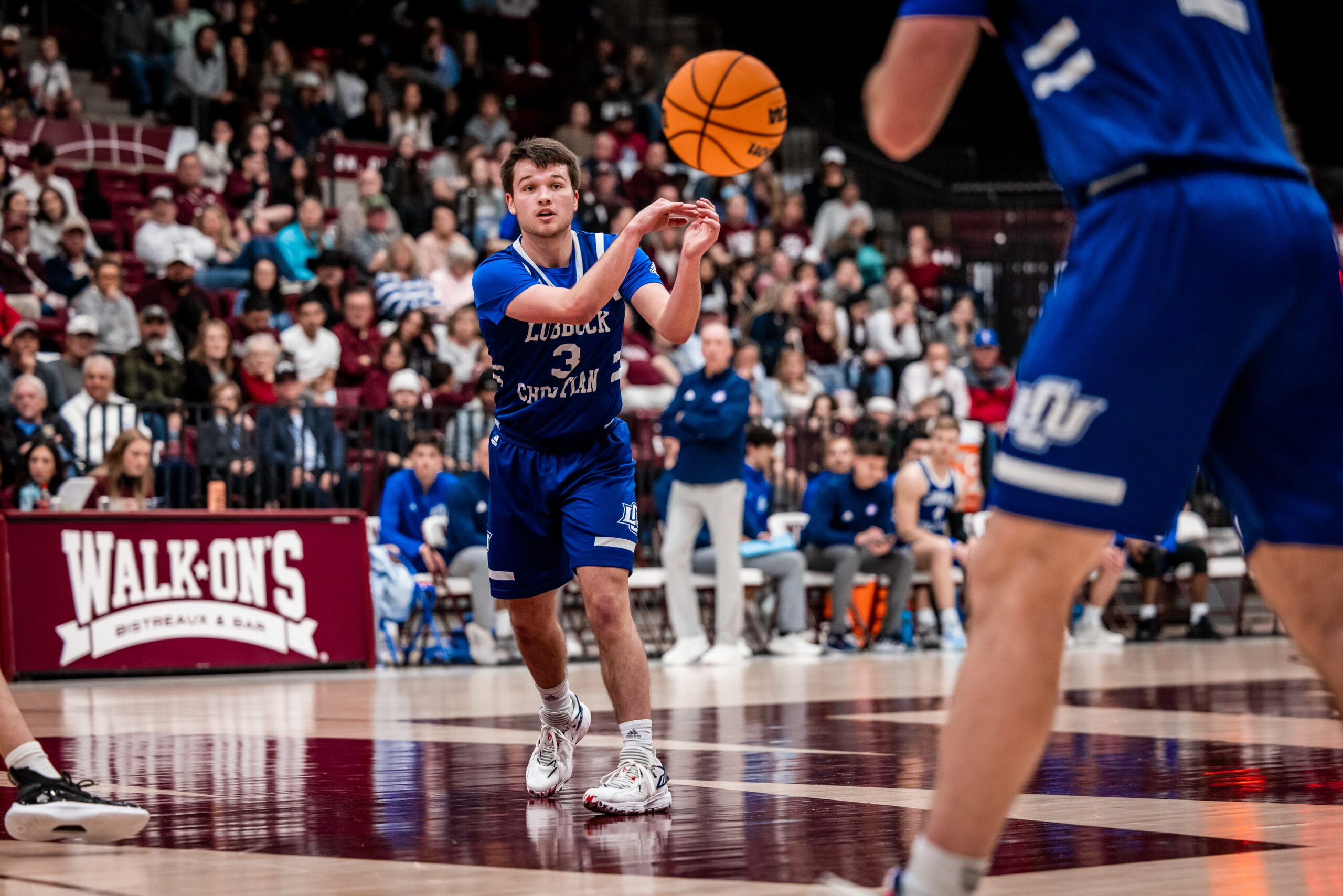 West Texas A&M had the chance to shout out a message across the Division II nation Thursday night hosting No. 3 ranked Lubbock Christian.

WT scrapped and clawed until the end, but LCU produced runs late in the first half and early in the second half proving too much for the Buffs to overcome.

LCU turned back the Buffs 85-76 in a Lone Star Conference men’s game.

A vocal crowd of nearly 3,000 made for an interesting evening in the First United Bank Center as the Buffs were looking to send a message to the regional voters by knocking off an LCU squad ranked No. 1 throughout the year until a recent loss to Dallas Baptist.

The Buff did close to within eight points late, but LCU did the damage earlier in the game making a comeback too much to overcome.

LCU used a 13-5 run to close out the final 3:30 of the first half, then ran off a 12-0 run opening the second half building a 56-35 lead with less than five minutes expired in the second half.

LCU coach Todd Duncan said the runs were crucial to the win.

“We thought right at the end of the half we left with some good momentum,” Duncan said. “We were just trying to get the best shots we could to open the second half and had some shots go in and were able to get some positive energy.

“Of course, we saw that at the end of the game with WT being so aggressive. We were in a Catch 22 at the end when you are protecting a lead and trying to stay aggressive.”

The large deficit early in the second half forced the Buffs into going with full-court pressure – not WT’s normal defensive strategy under coach Tom Brown – to speed LCU up and it worked with the Chaps losing 10 of their 15 turnovers in the second half.

But as close as the Buffs would get to LCU was 82-74 in the final two minutes on a Julius Brown 3-pointer.

“Coming to WT is a challenge,” Duncan said. “I mean it’s battle every time you come her no matter what your record is and where you are ranked. You know what you are getting.”

The Chaps shot 62.5 percent from the floor (30-of-48) and were led by the 1-2 scoring punch of 6-foot-6 senior Parker Hicks and senior Lloyd Daniels

Hicks, coming off a school-record 50 points in his last game, continued to his bid for NCAA Division II national player of the year leading all scorers with 29 points and all rebounders with 11 while playing all 40 minutes.

“With Parker you are getting a quarterback on the floor even if he’s not the point guard,” Duncan said. “He just has a savviness. He’s been in a lot of battles. He can post up smaller guys and extend the floor if he needs to.”

Daniels was the second highest scorer in the game adding 23 points on 8-of-12 shooting from the floor. Senior guard and Canadian grad Cameron Copley played steady defense, adding two assists in 24 minutes.

West Texas dropped to 20-6 overall and 6-5 in conference play.

The Buffs shot 36.6 percent from the floor (26-of-71) and placed placing four scorers in double figures. Larry Wise led the way with 19 points, followed by Brown’s 18, Kavon Booker with 14 and Zach Toussaint with 11.

Previous articleLady Buffs take down No. 13 LCU
Next articleSandies hold off Dons to clinch 3-5A championship

The West Plains volleyball team opened their inaugural season with a pair of wins on Tuesday night.
Football