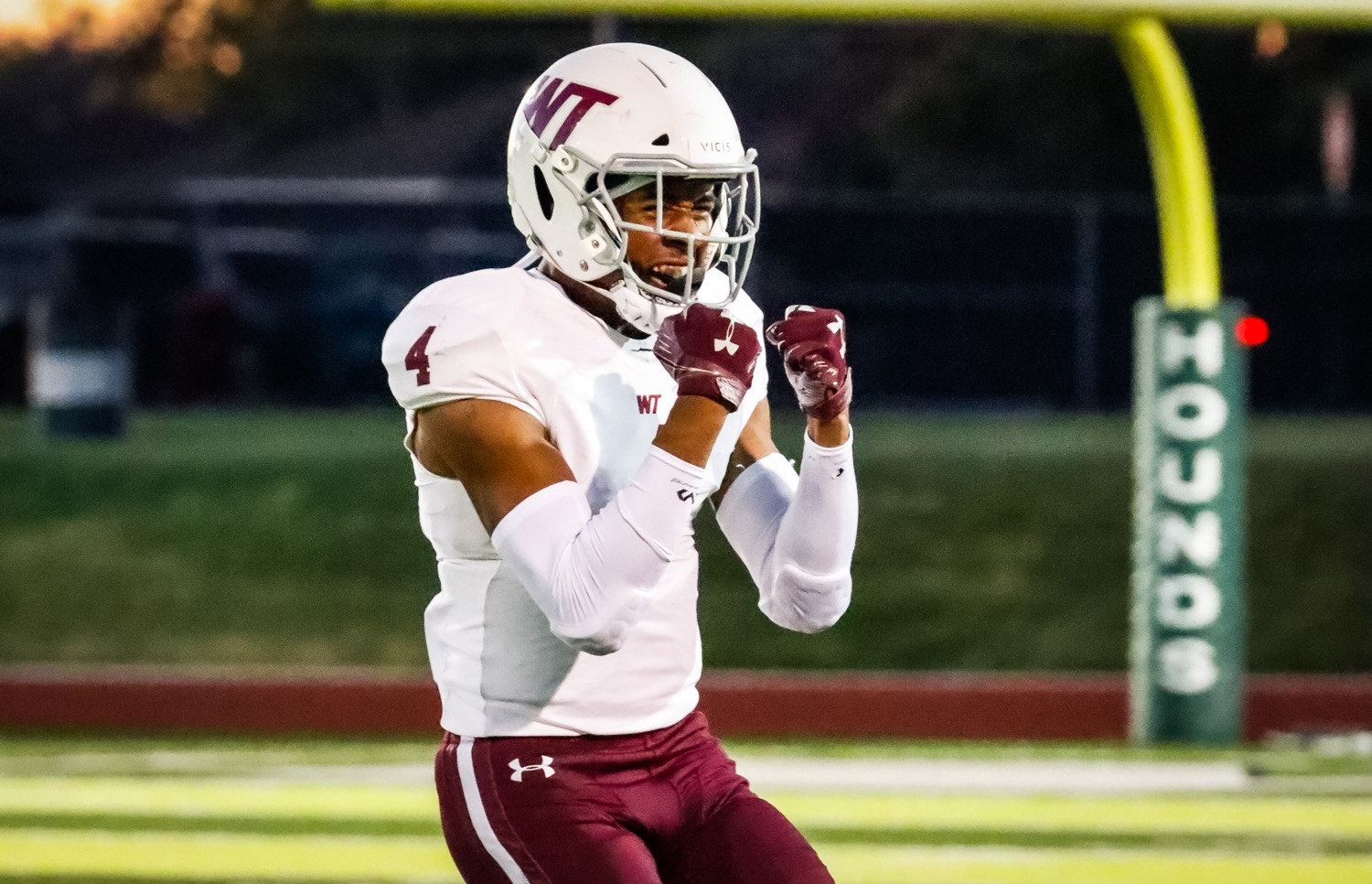 When West Texas A&M plays its final game of the regular season against Bethel College at 11 a.m., on Saturday morning the Buffs will say goodbye to one of the best to ever wear a WT uniform.

Senior linebacker Eric Collins will play in his 49th and final game as a Buff, making his unprecedented 48th career start over five seasons.

“It’s meant alot to me to play at WT,” Collins said. “I’ve made a lot of friends. I’ve met a lot of different coaches. The big thing is, I’ve learned so much. It’s helped me grow as a person. Not just as a football player but as a man.”

Since suiting out his first game as a freshman in 2017, the 6-foot-4, 225 pound linebacker with tremendous speed has made an impact for head coach Hunter Hughes and the defense.

Collins is a two-time All-Lone Star Conference selection at linebacker, and will leave the program ranking third in tackles, as he’s currently sitting at 308.

“Eric has been with us since we got here,” Hughes said. “I’m disappointed we didn’t make the playoffs during his time here. With a guy that works and plays as hard as he does, he deserves to play for championships. When it’s all said and done we’re going to appreciate what all he did for us, and the way he did things. It will really hit me when he’s not there in the spring.”

Though Collins won’t play in a postseason game for WT, he helped turn a rebuilding program into a winning culture. Over the past three seasons, not including a shortened COVID 2020 year, the Buffs are 20-10 overall.

Through the 49 games Collins has played making life miserable for opposing quarterbacks and running backs, one contest will always standout. It dates all the way to his freshman season in 2017 when WT upset No. 7-ranked Colorado State-Pueblo, giving Hughes his the first win of his WT tenure, and a victory over his old school.

“Coach Hughes just came from Pueblo,” said Collins, who has made 62 tackles this season. “They were a top team in the country, and we weren’t great. Nobody picked us to win.

“We played a good defensive game. In the third quarter I got my first ever college strip sack. Trevor Mykelbust got a pick later, and we came back and won the game.”

“We run an outside linebacker blitz,” Hughes said. “Eric comes free and has the quarterback, and Eric overran him. Later in the game we call the same thing and Eric stayed home and stripped the ball, and we got it. We went in tied the game.”

Collins is set to graduate with a sports and exercise science degree in December with plans to coach in the future. Over his journey at WT, Collins can’t believe Senior Day is here and his ride is coming to an end.

However, the young man is nothing but faithful for his opportunity.

“I was just excited to play coming in as a freshman,” Collins said. “When they put me out there I wanted to make the most of my opportunity. Now I’m a senior playing in my last game. I hope It’s not emotional, but it’s my last game and I’m sad to leave.

“I’m grateful for everything WT has given me. I’m grateful that this program helped me become a man, and I can pass my knowledge to the younger players. I can’t thank coach Hughes and all the coaches enough for giving me a chance.”