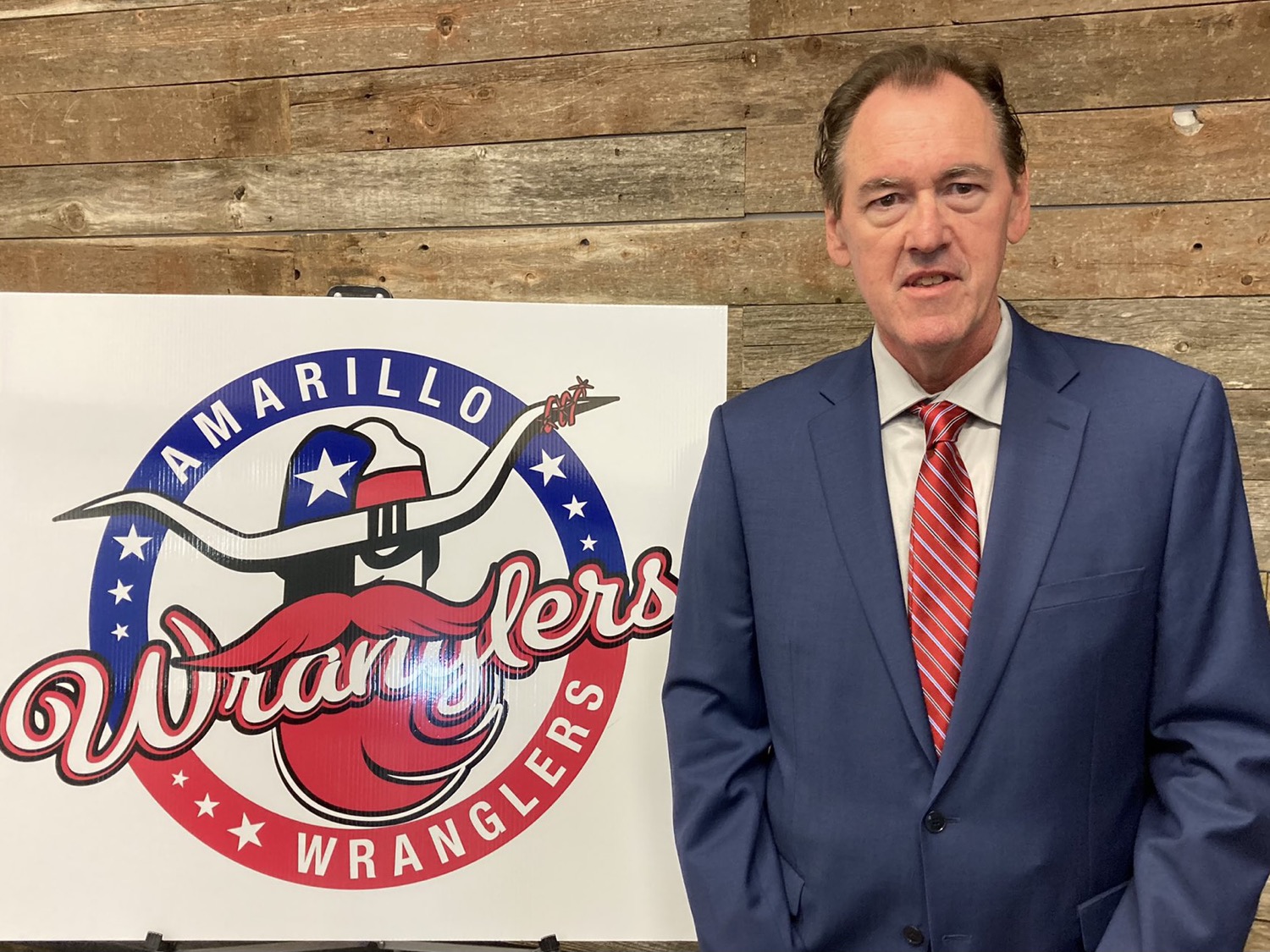 Austin Sutter, president and part-owner of the Amarillo Wranglers hockey team, announced the their new head coach and general manager for their inaugural season Thursday at the Amarillo Amarillo Ice Ranch.

This hire has created next level excitement within the local hockey community not seen before. Mahood’s 20 plus years of coaching and player development methodology is a perfect fit not just for the Amarillo community but for the entire Texas Panhandle.

Mahood is a man of faith and a humble, dedicated family man. His work ethic and his dedication to his craft mirrors the culture of the Amarillo-area. His community first focus is real and will have an immediate impact. Mahood loves music, Texas food, children, golf and hockey. He also loves Amarillo and during his press conference made it very clear that this is where he wanted to be.

Being a man of faith, he thanked God for this opportunity. He is the founder and President of the Northwestern Canada Hockey Camp, a distinguished camp program in Canada, the United States, Europe and now Amarillo Texas. For over 33 years, this camp has served over 100,000 boys and girls from the ages of 4 to 17. Mahood has been known by his nickname “Hoody” for decades. He is a native of Thompson Manitoba, Canada and is 58-year old.

Mahood’s resume is robust and impressive. As a player, he bounced around the planet playing hockey at all levels, thus giving him a unique coaching insight to hone his craft. Coach Mahood’s most recent coaching job was an assistant spot with the Everett Silvertips of the Western Hockey League, working with former Amarillo Bulls head coach Dennis Williams. Mahood has won titles with the Topeka Road Runners, Phoenix Polar Bears and the Amarillo Bulls just to name a few. He is a “Thinking Man’s Coach” with a keen sense of situational awareness that has brought him success at every level.

As a coach he’s not pigeonholed to one style of play, believing in maximizing a player’s skill set that will organically define the team’s identity. A sense of community also plays a major role within Mahood’s team culture. As a team member/player of the Amarillo Wranglers, community involvement is a must. As a coach in the NAHL, he is dedicated to moving his players on to the next level by assisting players in obtaining college commitments and scholarships.

Please look for Tommy Tee’s weekly column that bring a unique perspective on the Amarillo Wranglers during the hockey season.