Wolves offense too much for Buffs in stunning upset 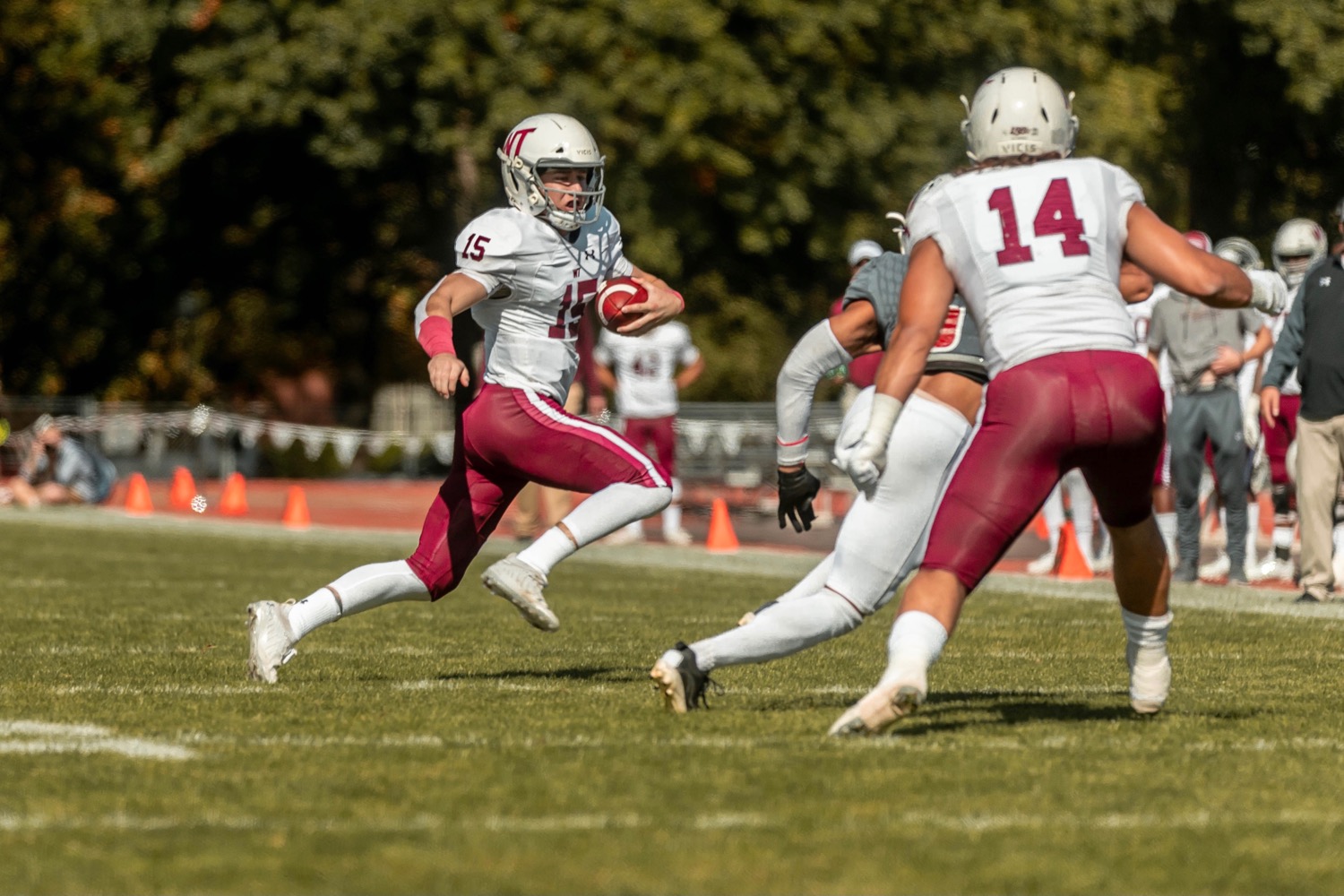 The Wolves, who averaged 11 points per game entering Saturday, found their offense, and then some, stunning West Texas A&M in the closing seconds in a wild 41-38 win at McCarthur Field in Monmouth, Ore.

To say this game saw it all is an understatement. There were seven lead changes, 21 combined penalties, 34 points combined fourth quarter points, and the two teams totaled 1,084 yards of offense.

This is a loss that could possibly haunt the struggling Buffs (2-3 overall) going forward.

They’ve dropped three of their last four games with the meat of an extremely challenging Lone Star Conference schedule awaiting.

WOU (2-4 overall) was able to give its fans who finally were in attendance for the first time in two years a memory they’ll never forget.

WOU was down 38-34 after WT running back Khalil Harris gave the Buffs their final lead, breaking loose for a 75-yard score with 4:38 remaining in the game.

Starting at their own 11-yard line off the ensuing kickoff, the Wolves never panicked. Quarterback Ryan Worthley led a masterful 12-play, 89-yard drive that saw a converted a 4th and 9 by Worthley, then capped off by a Andrew Valladares 8-yard touchdown run with 17 seconds left.

WT didn’t have an answer for the Wolves upstart offense that scored over 20 points one time the entire season before Saturday. WOU marched up and down on the Buff defense for 553 total yards, with Worthley going 28-of-35 for 379 yards with two touchdown passes. Valladares also ran with purpose knifing through the WT defense for 68 yards, adding 65 yards receiving.

The Buffs had chances to take control. Leading 24-21 in the third quarter, quarterback Nick Gerber and the offense was knocking on the door inside the Wolves 10-yard line, however, Gerber tried to fit a pass into the end zone but it was intercepted by defender Joey Sinclair leading to an eventual WOU score putting the Buffs behind 28-24.

The defeat spoiled a WT offensive effort of 531 yards, and a tremendous performance from Harris. The shifty WT running back racked up 193 yards on 21 carries. Gerber added 84 yards with three rushing touchdowns, and threw for 235 yards.

The Buffs return to Canyon for Homecoming to face Angelo State in a Lone Star Conference matchup at 7 p.m. Saturday at Buffaloes Stadium.