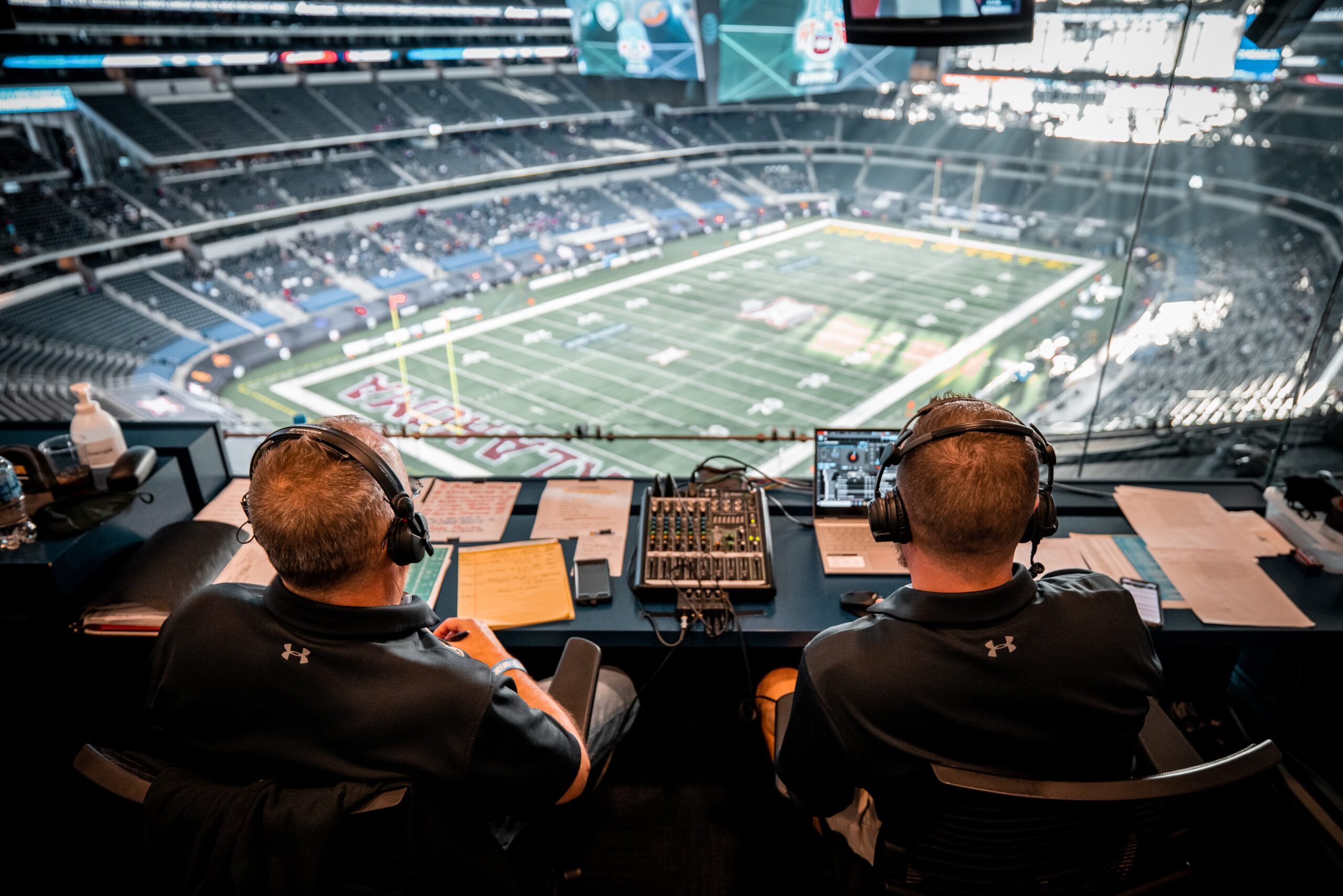 Bob Costas, the Emmy award winning broadcaster, recently quipped in a SportsBusiness Radio podcast that he “would love to do a season of minor league baseball on the radio for nothing other than the love of the craft”.

That craft, play by play of athletic events on the radio, has been a staple for fans in the Texas Panhandle who are unable to make the Friday night trip to support their hometown team. However, are the days of radio numbered?

This year represents the 100th anniversary of the first sports matchup that play-by-play broadcasting was heard. A baseball game between the Pittsburgh Pirates and Philadelphia A’s from Forbes Field was broadcast on KDKA out of Pittsburgh on August 5, 1921. That fateful day was the birth of play-by-play over airwaves starting the rise to how we heard live sporting events moving forward. Iconic voices like Vin Scully, and Jack Buck painted a picture of the action that allowed us to follow along despite not being there.

That same painting of a picture has been going on in the Texas Panhandle for decades as local radio stations used on-air personalities, former coaches, the mayor or anyone who had the gift of communicating the gridiron action on the field to the masses. For many, the drive home from an away game meant spending time tuning in the AM broadcast looking for another game that might impact their team or one that just passed the time away on the lonely stretches of road.

Now, over the last 10 years, streaming on the internet has also allowed the smallest of schools like Happy and Groom to have its games heard as well.

The ongoing COVID-19 pandemic ushered in many changes including the University Interscholastic League granting a moratorium on the live broadcasting of video for Friday night football last season. Once the UIL opened that door, there was no going back, and may change the way fans in the area listen to Friday night lights forever.

A majority of schools married their video to the audio broadcast last year but many kept their audio only stream as well. So where does this leave the audio only broadcasts? Russell Gadbois, who’s a veteran broadcaster of 31 years, now calling football games for the Canadian Sports Network, hopes the new changes are minimal.

“I know that people want to watch the video of the Friday night games,” Gadbois said. “But radio play-by-play calling is a dying art. There’s just something magical about someone painting the picture of a magical team or season.”

Gabois, who has called an incredible 11 state title games in various sports in his 31-year tenure says there’s just a special feel when it comes to a radio broadcast.

“I feel there’s two different sides to video and radio broadcast,” Gadbois said. “Cookie cutter clichés dominate the video broadcast and storytelling is lost. I love storytelling, and that’s what has always kept me doing radio.”

The double-edge sword that comes with video broadcasts is also the expectation of the fan. After watching college and professional sports from networks with multiple cameras and producers, the average fan can often times be disappointed and frustrated with the quality of video they get to see. This leads to complaints to the broadcasters who are simply trying to get a quality broadcast out there and don’t always have a say in the video feed. Likewise, viewers often turn the broadcaster into “background noise” and miss many of the details that are being provided to them.

As the world has changed so has the wants and needs as a fan with the ability to watch video of their favorite Friday night player. Imagine sitting down at your computer to watch Mike McKinley of Perryton, Jamar Wall of Plainview or Lincoln Riley of Muleshoe. As much fun as that’d be imagine someone describing McKinley as the large tailback with nimble feet scampering through the middle of the line against a beaten down defense as he carries four defenders for a gain of 11 and another Ranger first down. Jamar Wall, scampering down the sidelines on a toss play right, outracing the linebacker to the corner and taking it 90 yards for a touchdown. Or, perhaps, Lincoln Riley, the diminutive quarterback for the Mules, on a 7-step drop, being flushed from the pocket to the right flinging another deep pass downfield to a wide open teammate for a touchdown. Now imagine the sound of the high school band in the background as your neighbor next door, who has been the voice of the local high school for over 20 years, paints that action in your mind and you can see everything just as if you were there.

Imprints of those paintings stick with us forever and doesn’t get captured as elegantly on video. The recent change from the UIL may have opened the door for video but for painters like Gadbois they hope radio never goes away.