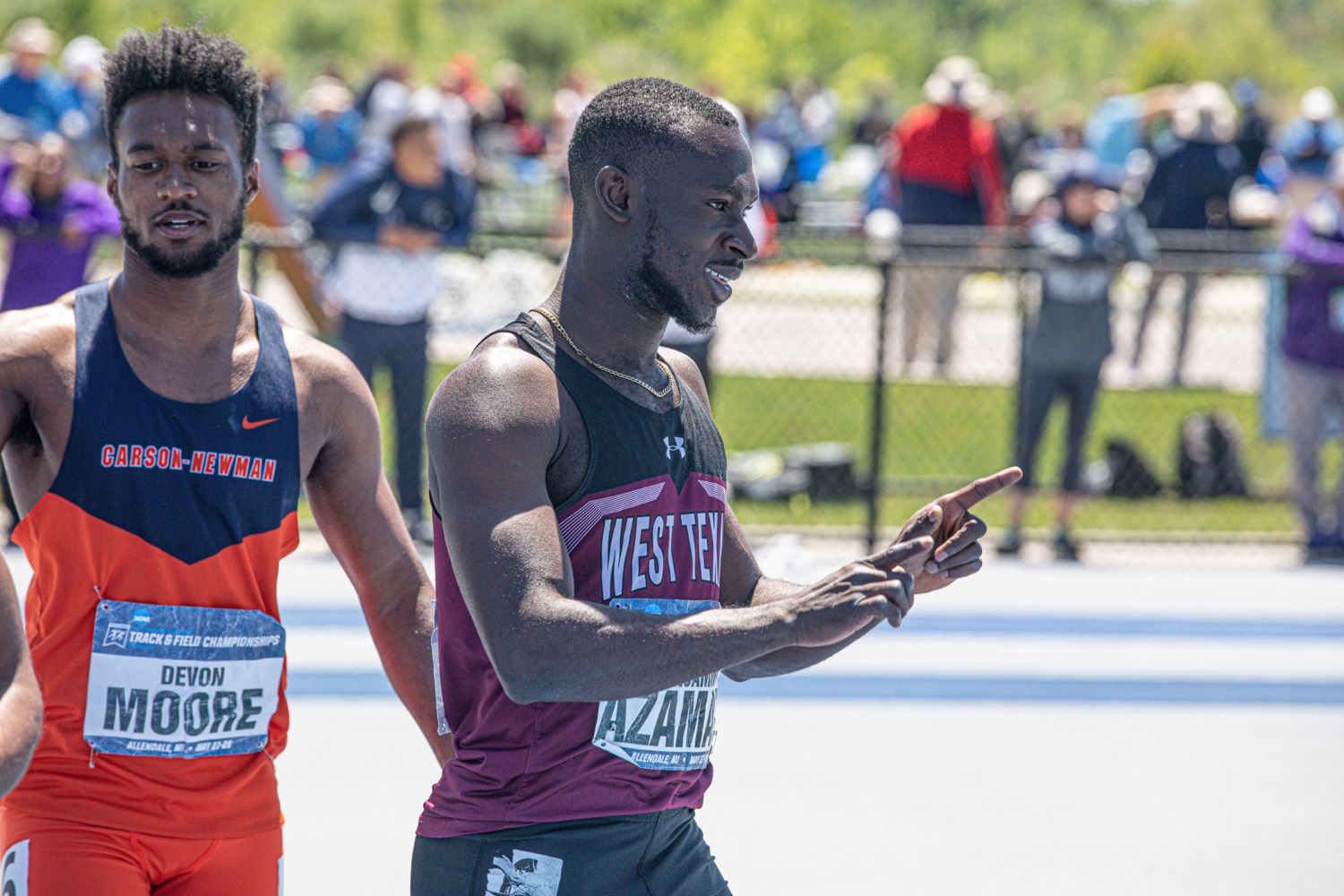 The West Texas A&M men and women’s teams put the finishing touches on an unbelievable season Saturday at the NCAA Division II outdoor track and field championships in Allendale, Mich.

WT’s prolific sprinter Ben Azamati tied the bow on one the greatest seasons in NCAA history at any level claiming two individual national titles. Azamati, who will compete for his home country of Guam during the Summer Olympics in Tokyo, Japan, broke his own facility record in the 100-meters en route to the national title blowing past the field to win in 10.02.

“Ben was amazing this weekend,” WT head coach Matt Stewart said. “He’s the best Division II sprinter of all-time, and one of the best in the world right now. I can’t put into words what he has done for our program. It couldn’t have happened to a better person.” 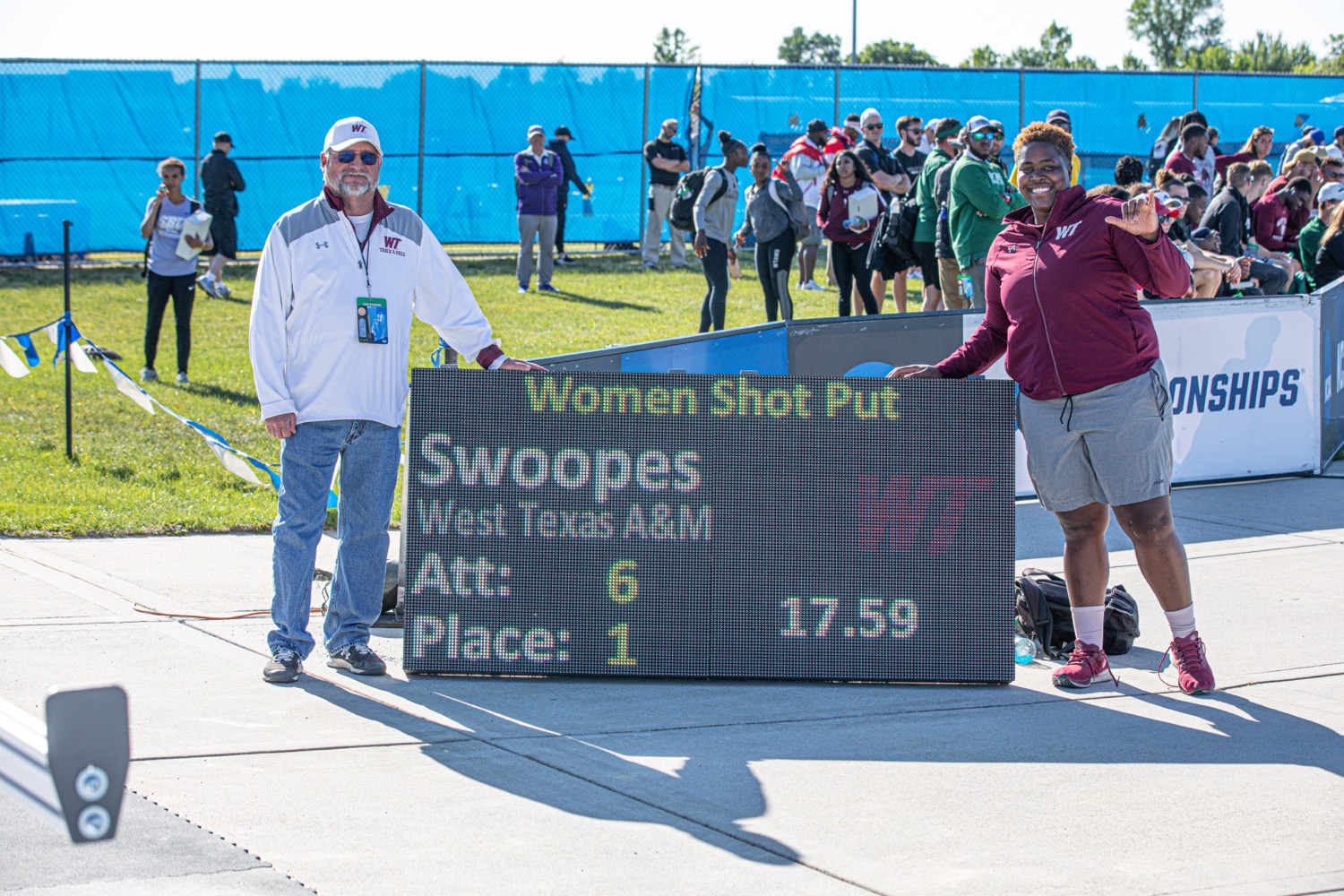 No one was more impressive than Zada Swoopes. Swoopes stole the show collecting two national titles in the shot put and discus giving the senior four national championships in her illustrious career.

The senior broke the meet record in the shot put uncorking a throw of 57-8 1/2 on Saturday. On Friday, she destroyed the competition in the discus as she recorded a mark of 175-6 on her fifth attempt. Swoopes becomes the second Lady Buff to win the discus title joining Norma Cunigan, who won the title back in 2017.

“Zada is an unbelievable thrower,” Stewart said. “She is simply the fiercest competitor I’ve been around, and she performs her best at the biggest meets.”

Taylor Nelloms made program history as she became the first Lady Buff to win the triple jump at both the NCAA Division II indoor and outdoor championships. Nelloms recorded the second-best mark in program history leaping a 43-7 1/4 (13.29m) to take the championship.

“This has been an amazing year for our program,” Stewart said. “We won five LSC titles this year between cross country and track. We brought home four more NCAA trophies. This is a great group of student-athletes that deserve worked they’ve worked for.”