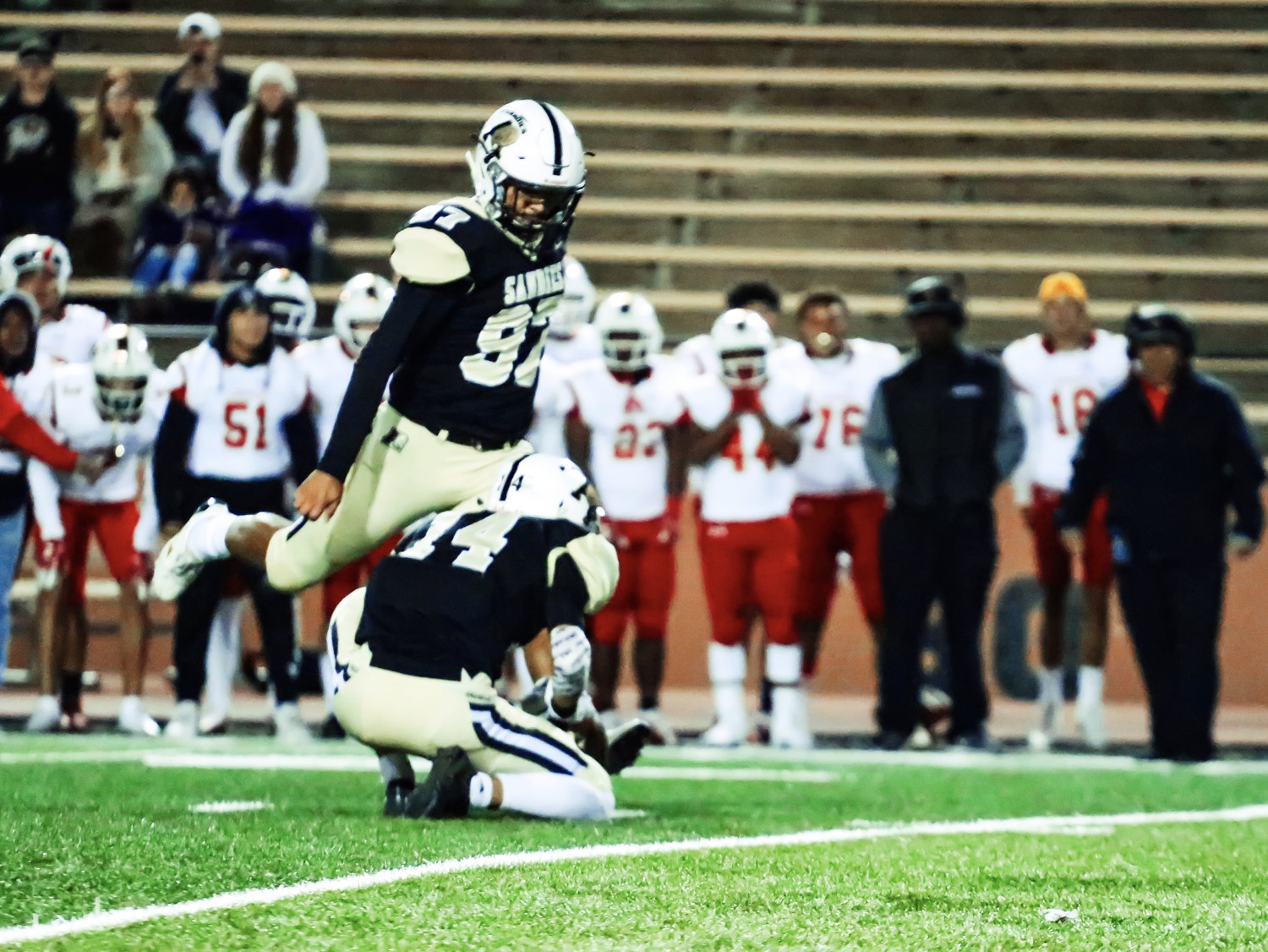 Villar had ice water in his veigns drilling a 36-yard field goal as time expired lifting Amarillo High past Lubbock Coronado 31-28. Villar was also 4 of 4 on extra point attempts in the Sandies key District 2-5A Division I win.

The bruising fullback bullied Midland High during a 63-6 thumping in the District 2-6A opener on Thursday. Settle had 11 carries for 121 yards, averaging 11 yards a carry.

The Bobcat senior captain made a game-high 13 tackles, one for a loss, leading Childress to its first win of the year, 27-7, against No. 10 Friona. Holcomb has totaled 80 tackles this season.

The dual-threat QB was 12 of 17 for 76 yards with a touchdown by air, and ran the ball five times for 113 yards including a score to lead the the Longhorns to a 55-17 against Lubbock High. 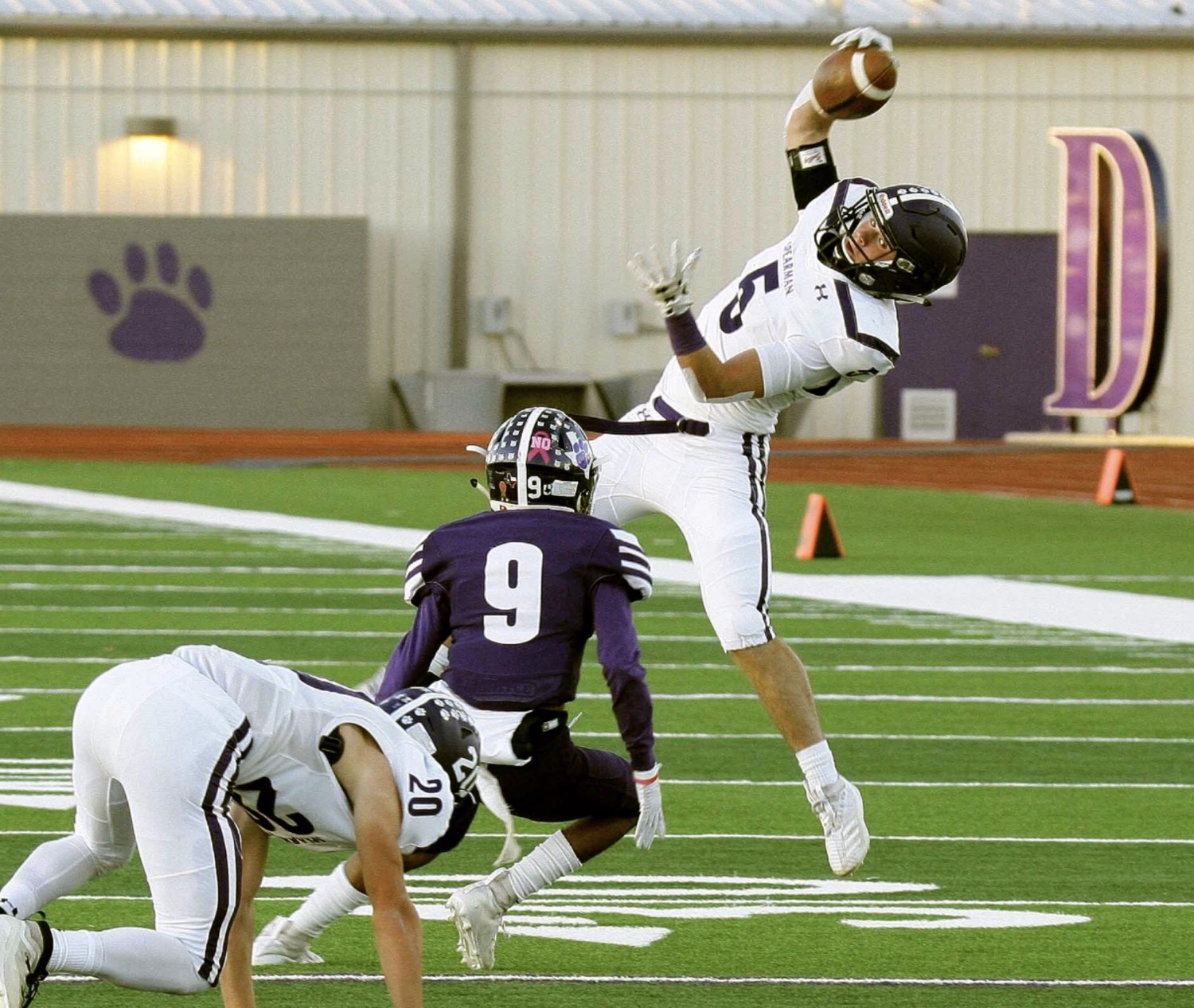 It was a career night for Wilkerson during a 62-13 rout of Dimmitt. Wilkerson did a little bit of everything totaling 314 yards and four touchdowns. On the ground, Wilkerson had 17 carries for 147 yards and two scores. He also made eight catches for 167 yards with a pair of TDs.

The 6-foot-3 senior only caught three passes but made everyone of them count racking up 107 yards and two touchdowns as the Falcons soared past Slaton 58-14. Orcutt averaged 35.7 yards a catch.

The Demons defense pitched their fourth shutout, 46-0, against Big Spring but QB Spencer Williams was the story. Williams managed the game throwing for 252 yard while rushinv for 46 yards combining for four total touchdowns. Dumas is 7-0 on the year.

The duo have been a major impact up front for a Wheeler offense that has chewed up over 2,800 yards rushing through six games. Davis and Markham were key in Friday’s 74-6 against Munday as the Mustangs ran wild for 520 team rushing yards.

Cunningham played a superb game earning the Eagles their first win of the season, 18-10 over Sunray. Cunningham was 6 of 12 for 222 yards passing with two touchdowns.

Romero is a weapon wherever he lines up a on a football field The shifty senior tallied 111 yards rushing on seven carries during the Elks 60-15 blowout of Clarendon. Defensively, Romero made two interceptions and made a fumble recovery.