Top 10 performers for Week 8 across the Texas Panhandle 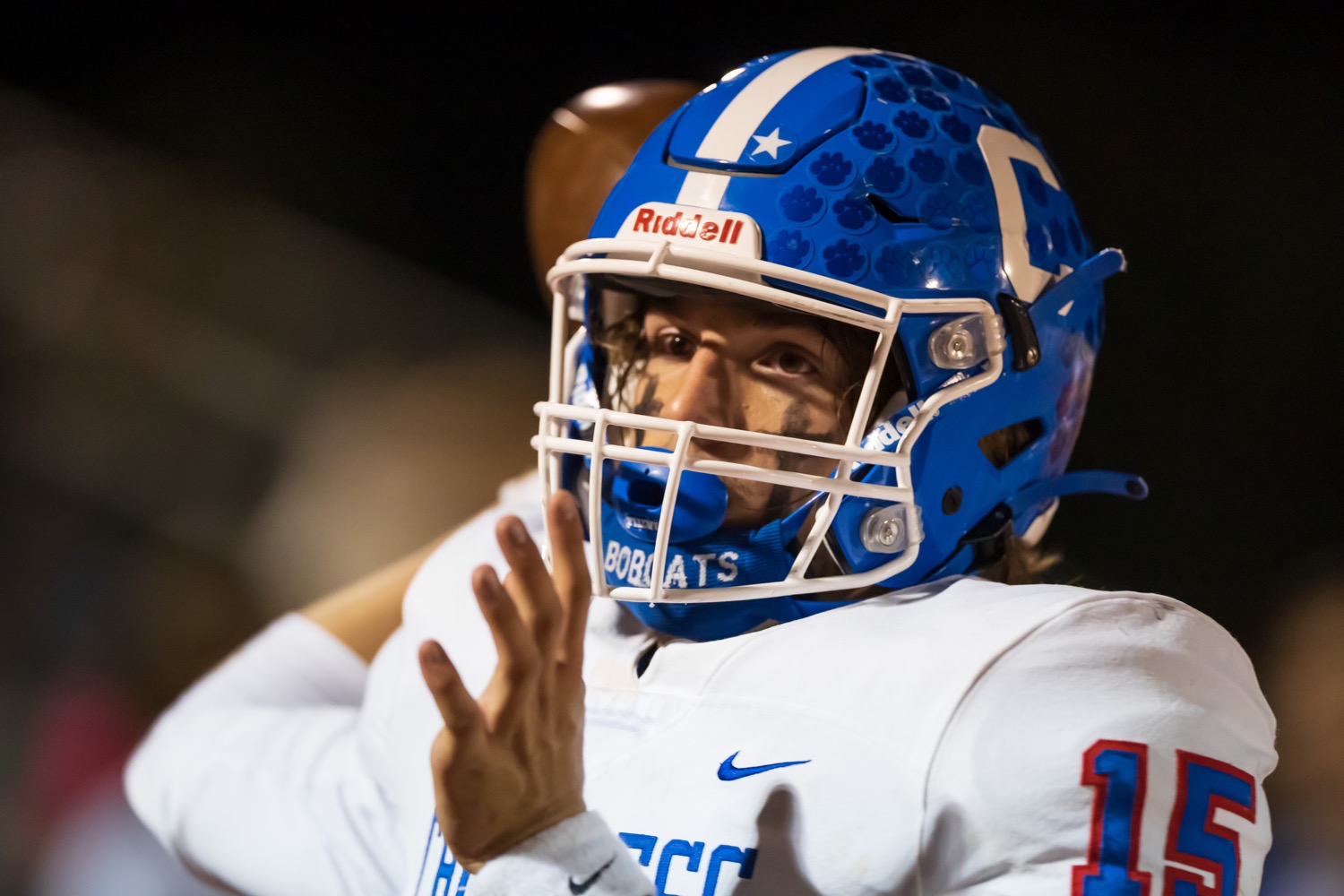 Bishop did all he was asked to keep Childress undefeated in a thrilling 40-35 win at Friona in a key District 3-3A Division II showdown.

At defensive back, Bishop made the game-saving interception that iced the win for the Bobcats in the final minute.

On top of his huge defensive play, Bishop delivered at quarterback completing 26-of-42 passes for 266 yards with three touchdowns, and tacked on 125 rushing yards on 23 carries with a pair of scores, including a 48-yard scamper in the third quarter.

The Golden Wolves trailed 32-7 at halftime only to rally behind 36 unanswered second half points. Meyer punched in four straight touchdowns during the comeback his feet and through the air. The senior finished the game

The sophomore standout shined in Miami’s 53-47 win over Hedley on Thursday. Thompson delivered a terrific performance passing for 206 yards with three TDs, while tacking on 110 rushing yards. Defensively, Thompson made 10 solo tackles with an interception and kicked five extra-points.

The speedy receiver put his name in the Bushland record books hauling in a 96-yard touchdown pass during a 20-13 win against River Road. The 96-yard TD, which happened in the fourth quarter, was the longest touchdown in Falcons program history. Bradley totaled four catches in the victory for 176 yards. 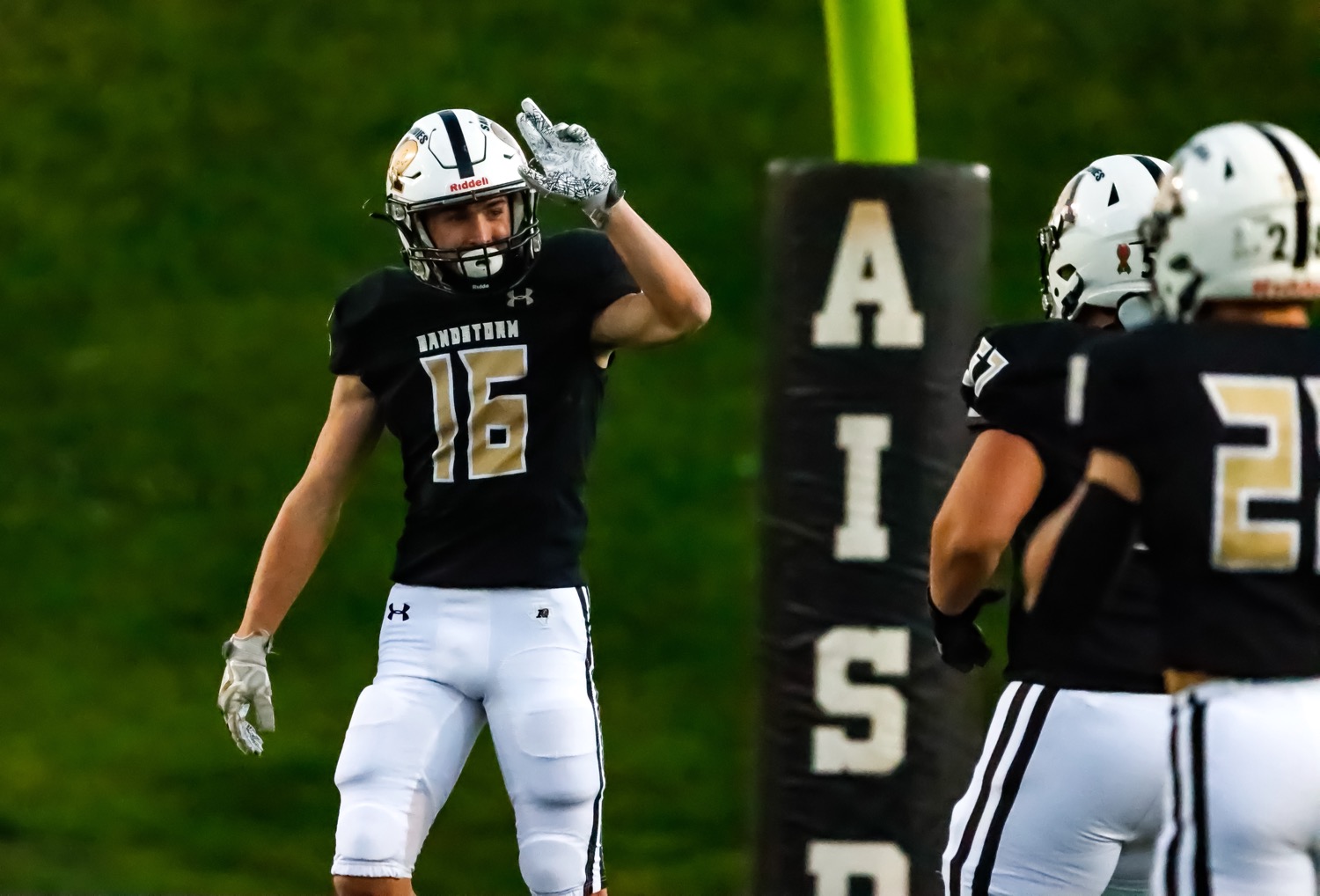 Amarillo High’s Luke Laminack (16) celebrates after returning an interception back for a touchdown against Lubbock Coronado on Friday. [Ben Jenkins/ Press Pass Sports]

The versatile Laminack set the tone in Amarillo High’s 34-27 district win against Lubbock Coronado. The senior opened the game with a 31-yard pick six, and added another interception during the game. On top of his excellent defense, Laminack showed off his leg going 4-for-4 on extra-points, while knocking through two field goals of 33 and 21-yards.

Stancell is having a season to remember and it continued in a Steers 55-7 rout of Sanford-Fritch. The Amarillo-area’s rushing leader chewed up the Eagles for 234 rushing yards on only 14 carries, averaging an astounding 16.7 yards per carry, totaling five touchdowns. On the season, Stancell has stacked up 1,526 yards on 156 carries with 26 rushing touchdowns.

Shamrock snapped an 8-year losing drought to arch-rival Wheeler, winning the Battle of Wheeler County for the first time since 2013 with a convincing 38-3 win.

Wright led a very steady ground game for the Irish putting up 139 yards and three scores on only 15 carries.

The Dual-threat quarterback paced Perryton to a 44-10 district victory against Levelland, running for 128 yards and three touchdowns on 13 carries while throwing for 137 yards.

Monroe helped the Dons snap a two-game losing skid thanks to a huge night in a 24-0 blanking of Lubbock High.

Monroe was nearly unstoppable rushing for 207 yards and two touchdowns on only 15 carries.

Bovina has found new life with back-to-back district wins with the latest coming Friday in a dramatic 22-15 home victory against Ropes.

The Mustangs were lifted by De La Rosa’s stellar 105 yard rushing effort that included a touchdown.