Top 10 performers for Week 5 across the Texas Panhandle 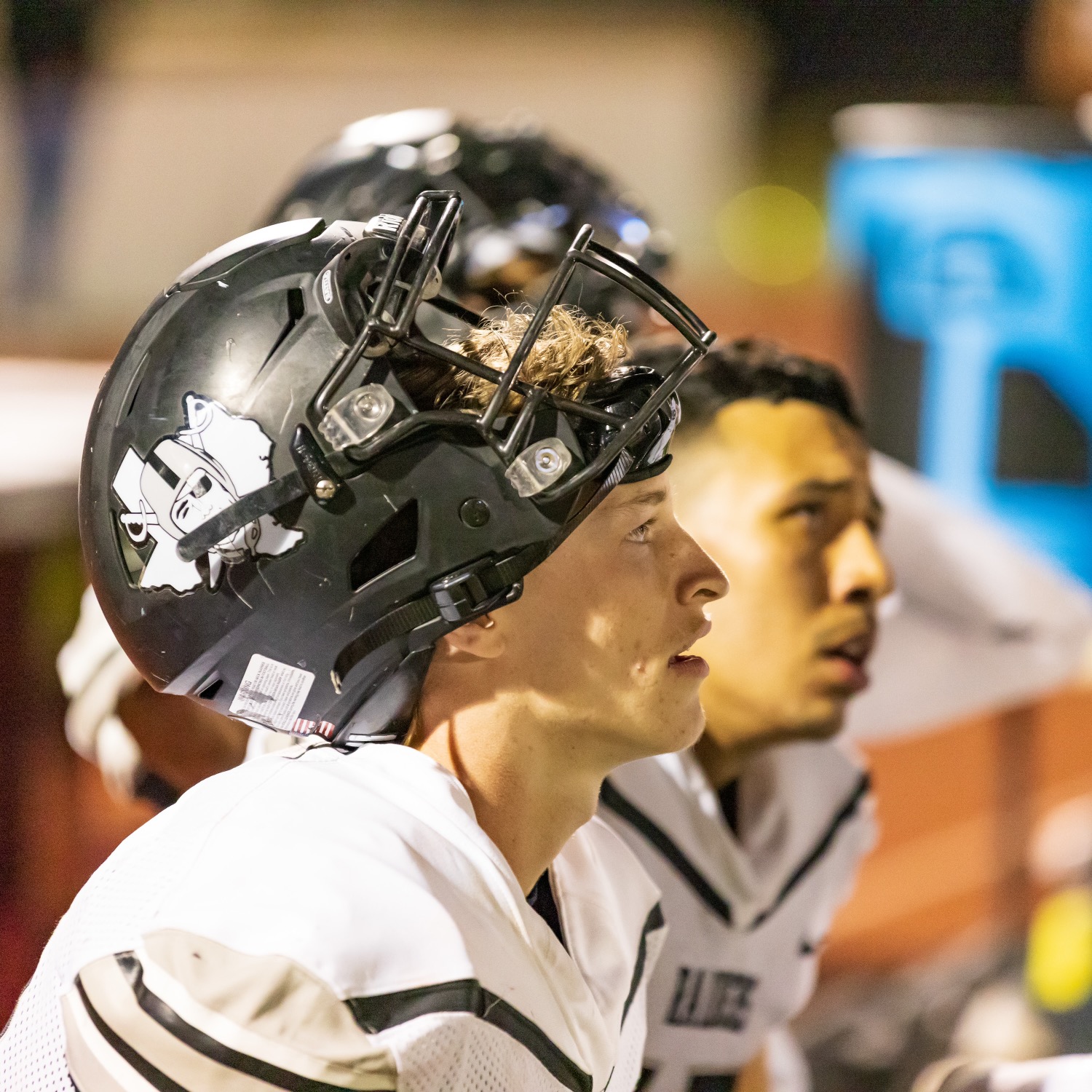 The senior dual-threat quarterback was the difference in the Raiders bounce back 38-19 win against Dumas on Friday. Burd did it all totaling 392 yards of offense, going 12-of-16 passing for 248 yards, and torching the Demons defense for 144 yards rushing on nine carries for a combined four touchdowns. Burd threw for three of those scores, and busted loose on a 96-yard run for his rushing TD.

The four-star Division I prospect was a complete menace up front for the Rebels during a dominating District 2-5A Division I opening win against Palo Duro, 47-6. Carter simply out matched the Dons offensive line racking 2.5 sacks, two tackles for a loss, and a total of seven tackles.

Taylor was all over the field on both sides of the ball as the Bobcats stayed unbeaten while claiming a 42-16 district opening win at home against Spearman. The wide out became a go-to target for QB Collin Bishop hauling in six passes for 81 yards and a score, then made 16 tackles on the defensive side of the ball.

Garcia was clutch in Hereford’s 34-28 come-from-behind thriller to shock Plainview. The lefty threw two late touchdown passes, and ran for another that lifted Hereford to the win. The senior finished the night completing 19-of-28 passes for 209 yards with four TD tosses. 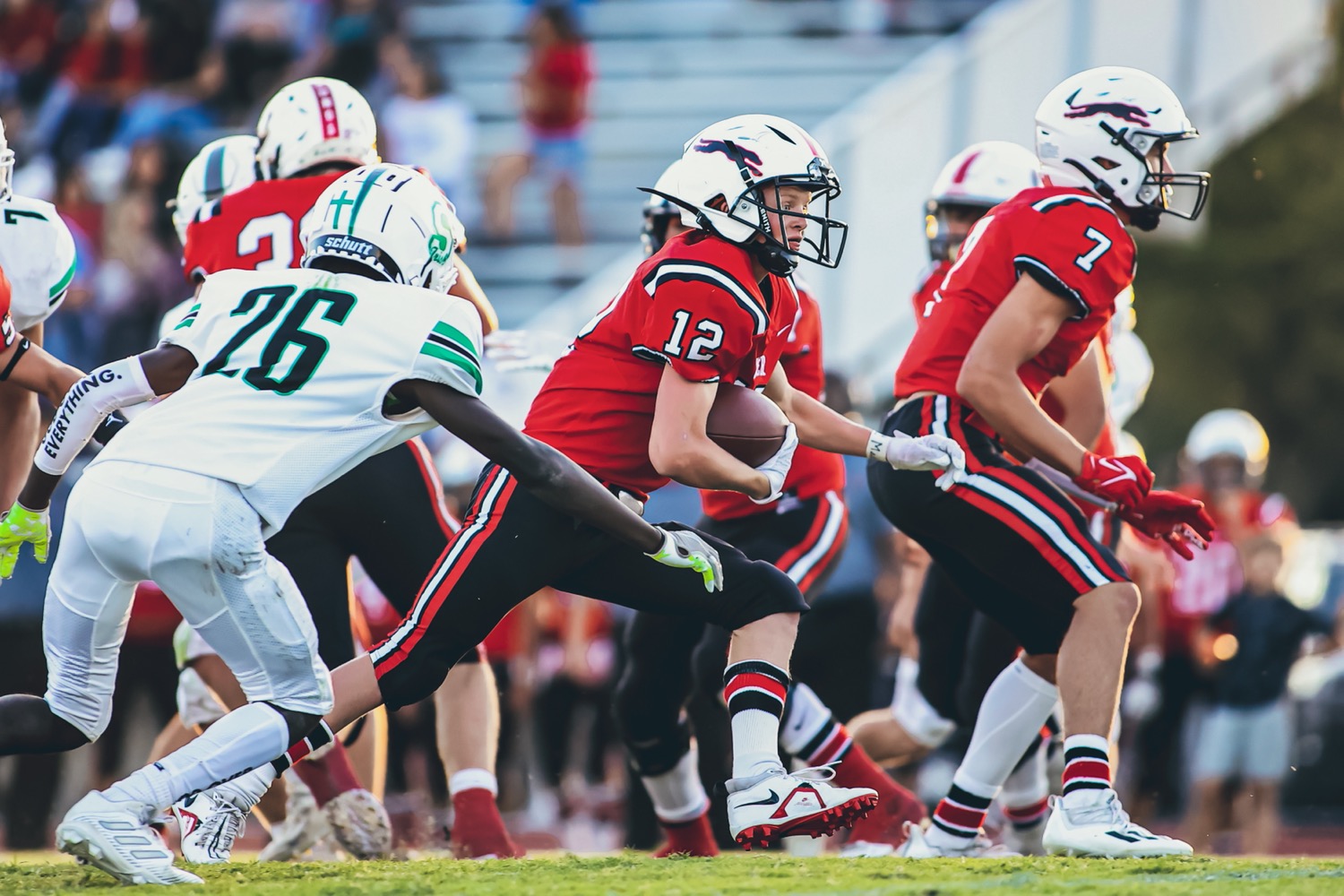 Behind McLain’s huge night the Greyhounds moved to 4-0 for the first time since 2014 by downing Shamrock, 35-15.

McLain got it going in the second quarter breaking loose for a 25-yard touchdown.

The sophomore was far from done was an scoring two more times in the second half, finishing the game with 146 yards on 12 carries with three TDs.

The only thing Thompson didn’t do during the Warriors 81-31 route of Silverton was serve hot dogs at halftime. Other than that, the sophomore did everything else. Thompson had a career outing putting up astounding numbers against the Owls totaling 510 yards of offense with nine combined touchdowns. Thompson threw for 327 yards with five touchdowns. He also ran the ball 13 times for 183 yards adding four more scores, made 12 solo tackles on defense, and kicked seven extra-points, while running for a conversion.

What a performance from Lujan. Lujan didn’t play like a freshman in leading the Bobcats to a a come-from-behind 42-28 win at Wheeler helping Sunray to a second straight win. The gunslinger picked a part the Mustangs secondary going 22-of-37 for 352 yards with six touchdown passes. Four of those TDs went to receiver Jimmy Dominguez, who caught 11 total passes for 233 yards.

Rinne is establishing himself as one of the Texas Panhandle’s top quarterbacks week in and week out, and proved it once again Friday. The senior captain was the spark during the Elks 34-14 victory over Panhandle throwing for 240 yards on 12-of-23 passing, tacked on 141 rushing yards for five total touchdowns.

Bressler had a tremendous effort as Canyon won its fourth straight game soaring past Midland Greenwood, 38-19. The senior running back showed his versatility toting the rock 27 times for a season-high 162 yards with a pair of touchdowns. Out of the backfield, Bressler used his hands to haul in two catches for 69 more yards with another score.

The All-State running back had a breakout performance as the Skyrockets blasted Jacksboro 44-12 on Friday. Ramirez was his familiar self that fans have become accustomed to over the past four years pummeling Jacksboro’s defense grinding out 164 yards rushing on 21 totes with two touchdowns.

Previous articleOrediggers rally in second half to spoil Buffs upset bid
Next articleSuper Six: Six storylines coming out of Week 5 in Six-man football