The Bulls are back; Amarillo opens NAHL season at home Saturday 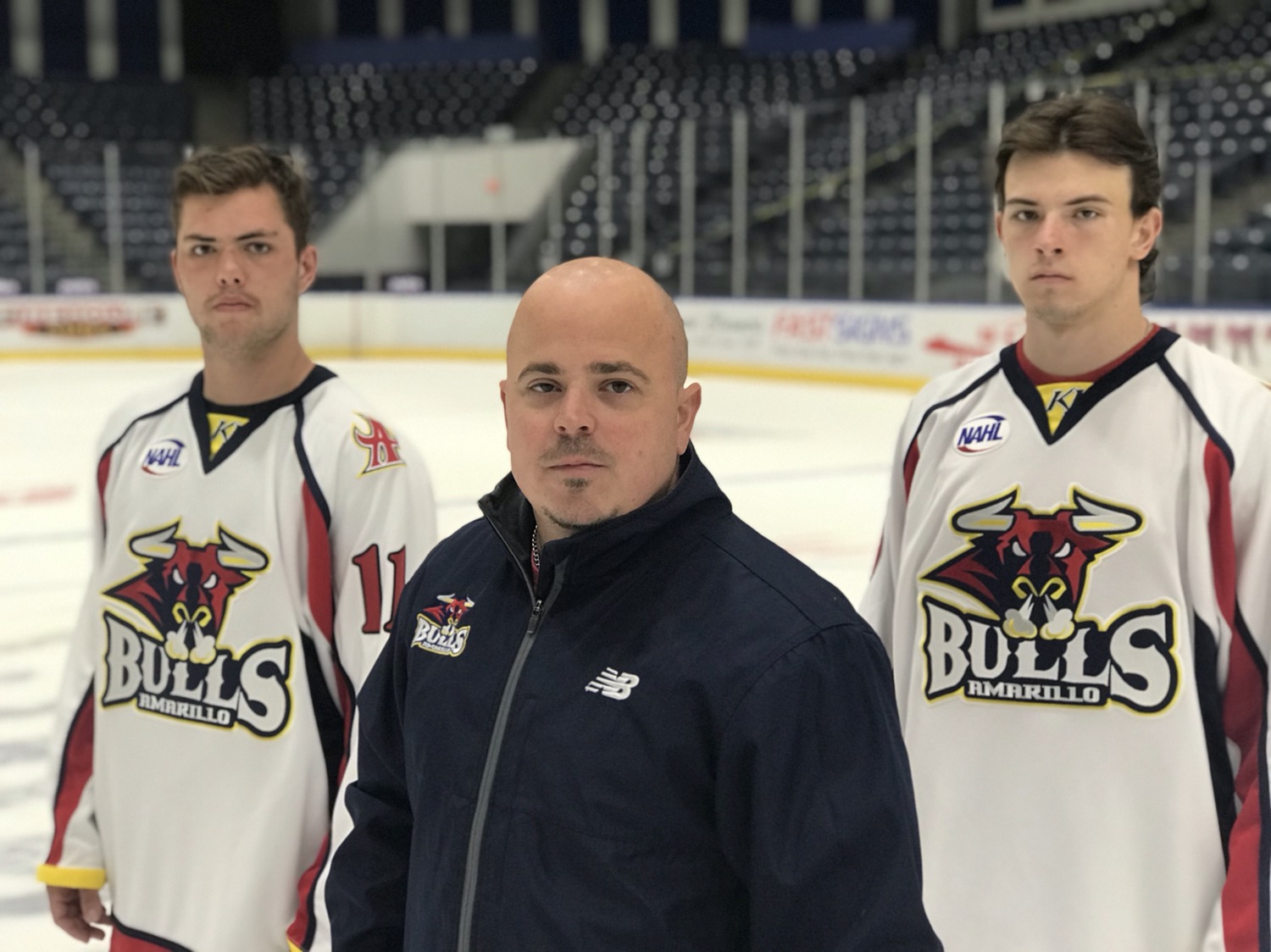 Through a cancelled spring, a summer of uncertainty and year that won’t soon be forgotten, the Amarillo Bulls are finally back.

Amarillo will open its highly anticipated North American Hockey League season when they drop the puck with Lone Star at 3:05 p.m. both Saturday and Sunday at the Amarillo Civic Center Cal Farley Coliseum.

Like all sports last March, the NAHL cancelled its season early due to the ongoing concerns of the dangerous coronavirus pandemic. It was a very disappointing end for a Bulls team who had clinched a South Division playoff spot, and were chasing Lone Star for the division championship with a 39-10-2 record.

“There have been a wide range of emotions over the last seven to eight months,” Bulls head coach Rocky Russo said. “We’ve all felt that. There’s anxiety, depression, anger and insecurity. I still feel that way.

“But this is a new season, and right now we’re playing. We’re going to do all we can to keep our players safe and just control what we do.”

Entering his fourth season as the Bulls head coach Russo has brought the Bulls back to prominence of his days when he was an assistant for Amarillo under former coach Dennis Williams from 2010-2013. When Russo returned in 2017 he inherited a program that had fallen on hard times failing to make the NAHL postseason since 2014. Russo changed the culture in a hurry guiding the Bulls to a 108-44-19 mark over the past three years, including a Robertson Cup appearance during the 2018-2019 season.

“Obviously I was proud of what we did in my initial stint here,” Russo said. “I take a lot of pride in this organization and this community. It was tough to watch from a far for four years as things didn’t go the way that you hope.

“So our goal was to get this organization back to where it was. I knew it couldn’t happen overnight. We had to reestablish culture, create accountability, and I think we’ve done that. Our results speak for themselves.”

COVID-19 has also played a part in reloading the roster. With concerns at the United States and the Canada border, not to mention certain NAHL or United States Hockey League teams not playing this year, Amarillo was able to nab a more veteran roster of newcomers than years past.

“It was an offseason like we’ve never seen,” Russo said. “It was very strange. We ended up with a lot of older players that would have been in different situations. At least 10 of our new players are 20-years old. We have some top talent European players in. So we’ll be an older, experienced mature team.”

One newcomers to watch year is forward Cooper Fensterstock. Fensterstock played for the Bulls two years ago and played for the Des Moines Buccaneers of the USHL last year. Harrison Scott, Paul Schmid and John Lundy will also help fill out the lines.

To find out how to purchase tickets and listen to all the Amarillo Bulls action on the road this year, visit amarillobulls.com.