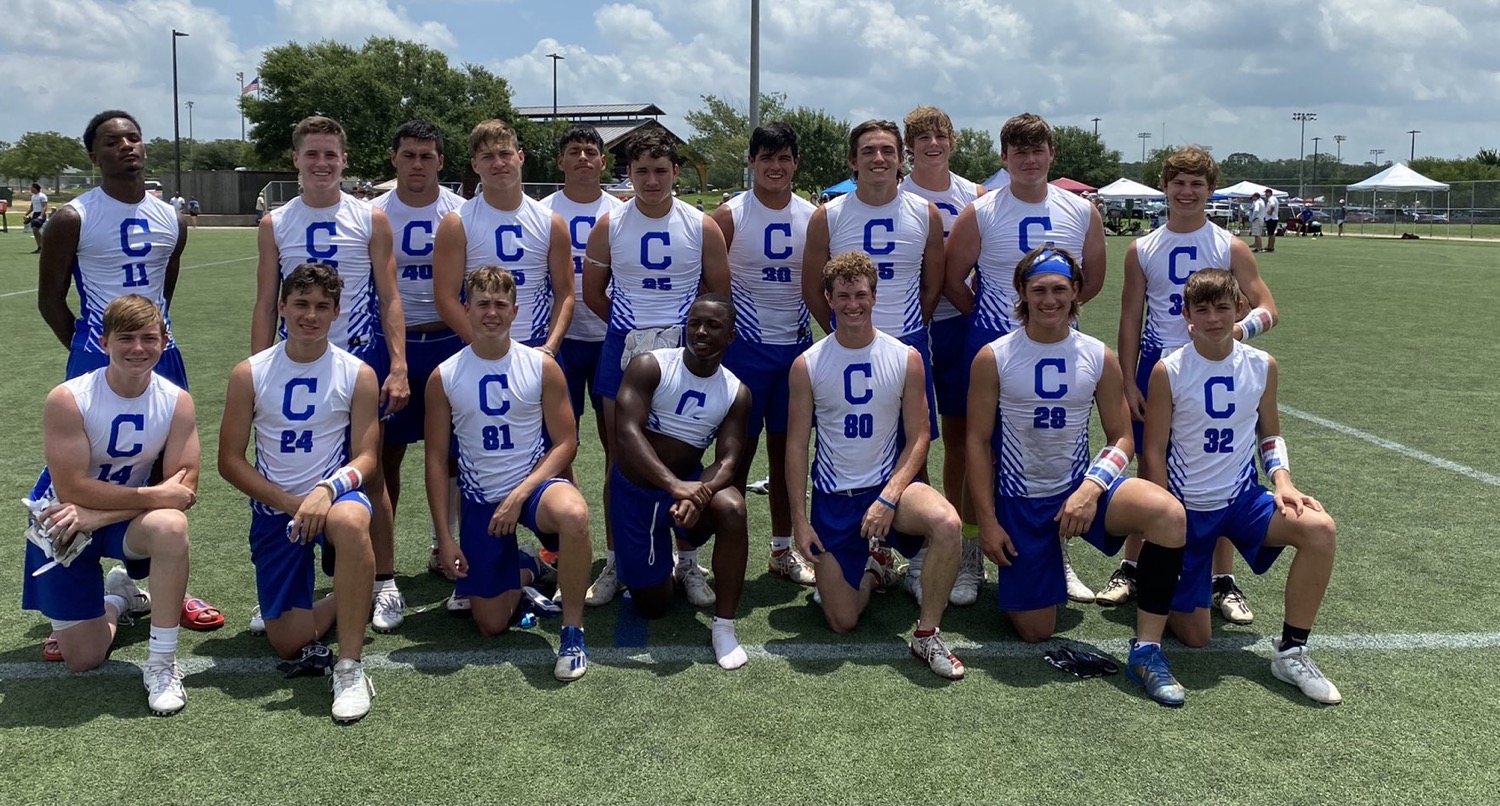 The Childress Bobcats played for the Division III state championship at the state 7-on-7 tournament in College Station on Friday. [Provided photo]

It was a successful two days for Amarillo-area teams at the Texas state 7-on-7 tournament at Veterans Park in College Station.

Dumas, Childress and Stratford all made a splash in its respective divisions all reaching at-least the quarterfinal round of Friday’s single elimination bracket play.

The Bobcats, making their seventh appearance at the state tournament, came away with the best chance for the Texas Panhandle’s first ever 7-on-7 state championship. Playing at the Division III level, Childress won four games Friday beating Falls City 21-19, Waskom 21-19, then Crane in a quarterfinal 28-16, Daingerfield in the semifinals 27-20, before falling to East Bernard 19-14 in the title game.

“It was a great run,” said Childress head football coach Jason Sims, whose team went 6-2 overall between Thursday and Friday. “We didn’t play particular well Thursday in pool play, but we battled. We kept saying the most mentally tough team would advance and we did that.

“But we were here to win it, so our players were disappointed, but I can’t ask for more. We were playing some small school powers and beat some big time schools. It was cool to see teams you don’t normally see.”

Dumas, which went unbeaten at 3-0 in Thursday’s pool play, also made a good run during Friday’s Division II bracket. The Demons jumped out fast taking down Jim Ned 26-13, blasting Celina 48-7, then squeaking past Breckinridge 26-25 in the quarters before losing to Kaufman in the semifinals 20-7.

“The guys played hard and competed hard,” said Dumas head football coach Aaron Dunnam, whose team went 6-1 over the two days. “We didn’t make the plays we needed to in the loss, but I feel it went really well. We came out and won our pool Thursday, and then played really well Friday. I told our guys it really helped us and made us prepare for the fall.”

Stratford made the most of the programs first ever trip to College Station. The Elks went 2-1 during Thursday’s pool play, and during the Division III bracket Friday morning knocked off Poth 25-13, then Gunter 20-12 before falling to Franklin 48-14 in the quarterfinals.

“It was an awesome experience,” said Stratford head football coach Matt Lovorn, whose team went 4-2 over both days. “This organization does a heck of a job and everything is impressive. We got to see some elite programs. It’s cool to compete against Gunter and Franklin. The exposure I thought was the best for our team. It got our players to really see some top talent in the state.