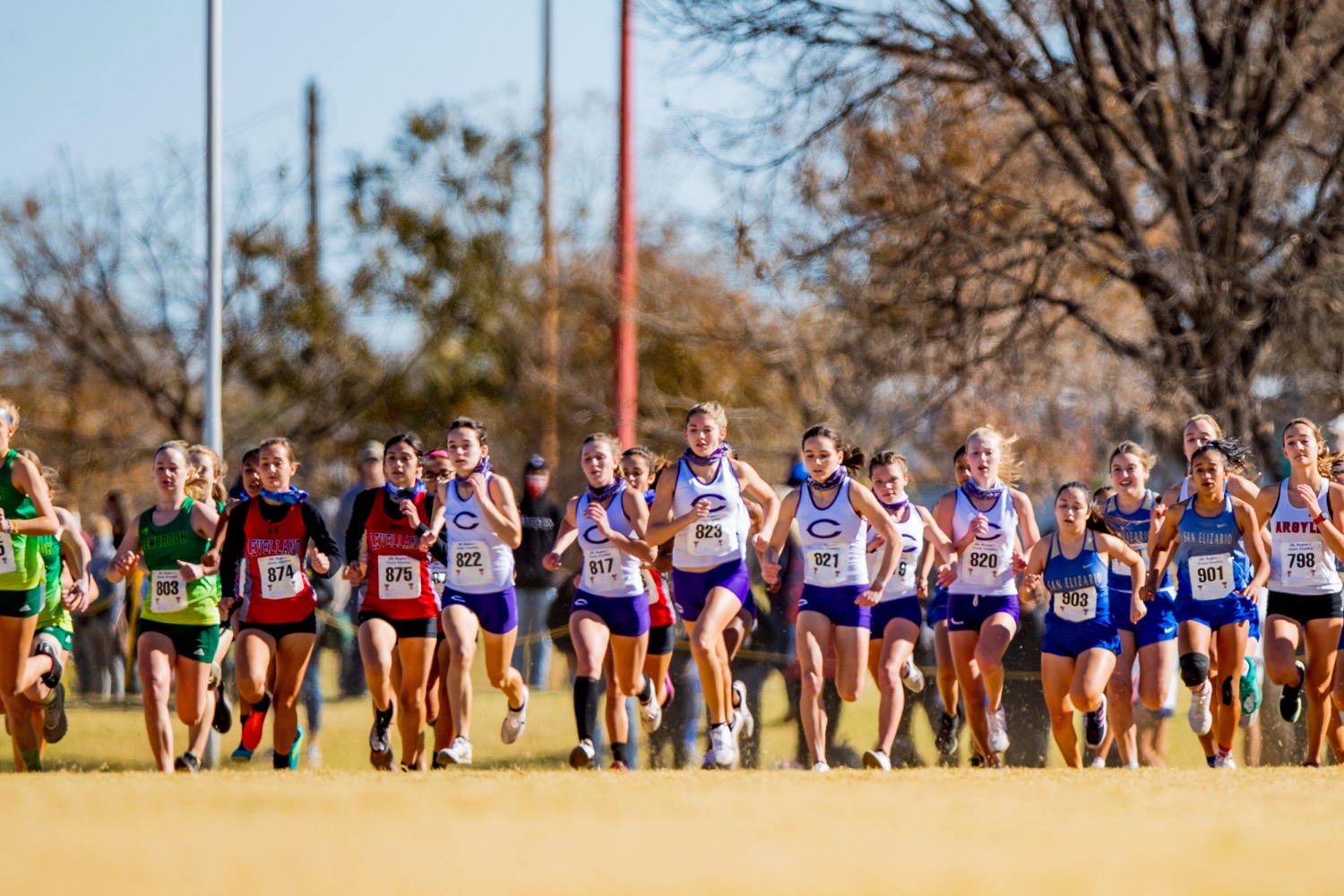 The Canyon girls lead the pack off the start at the Region I-4A cross country meet in Lubbock earlier this year. The Lady Eagles will compete for a third straight Class 4A team state championship Tuesday at Old Settlers Park in Round Rock. [John Moore/ Press Pass Sports]

Seven teams and 34 individual qualifiers highlight the Texas Panhandle at the University Interscholastic League state cross country meet set for Monday and Tuesday at Old Settlers Park in Round Rock.

The Amarillo-area team drawing the most attention heading into the state meet is by far the Canyon Lady Eagles. The Lady Eagles are the two-time defending Class 4A state champions, and return a strong group of runners to chase for a third.

“We feel good about are team,” Canyon girls cross country coach Ray Baca said. “We’re running really well, and we just need to keep our fingerd cross to stay out of harms way with COVID. We want to stay as safe as we can be. But we’re all excited and grateful to the UIL for letting us get to this point.”

Canyon’s lead runners Breana Stuart and Abree Winfrey are two of the best in the state, and both have the potential to be in the mix when it comes to crossing the finish line first. Stuart, a junior, has been an exceptional runner for the Lady Eagles for the past three years, claiming her third straight Region I-4A individual title two weeks ago in Lubbock.

Winfrey, a sophomore, is equally impressive taking gold in the District 4-4A meet, and finished third at the state event a year ago.

“I’ve never been in a situation as a coach as I am with Breana and Abree,” Baca said. They are both extremely talented. I’ve always had a runner going down I knew that had a chance, but I’ve never been in the situation where there are two runners that have a chance to win or place in the top 5. They are completey different runners, and that’s what makes them both great. Were fortunate.”

at Old Settlers Park, Round Rock

Gracee May, So. (alternate)