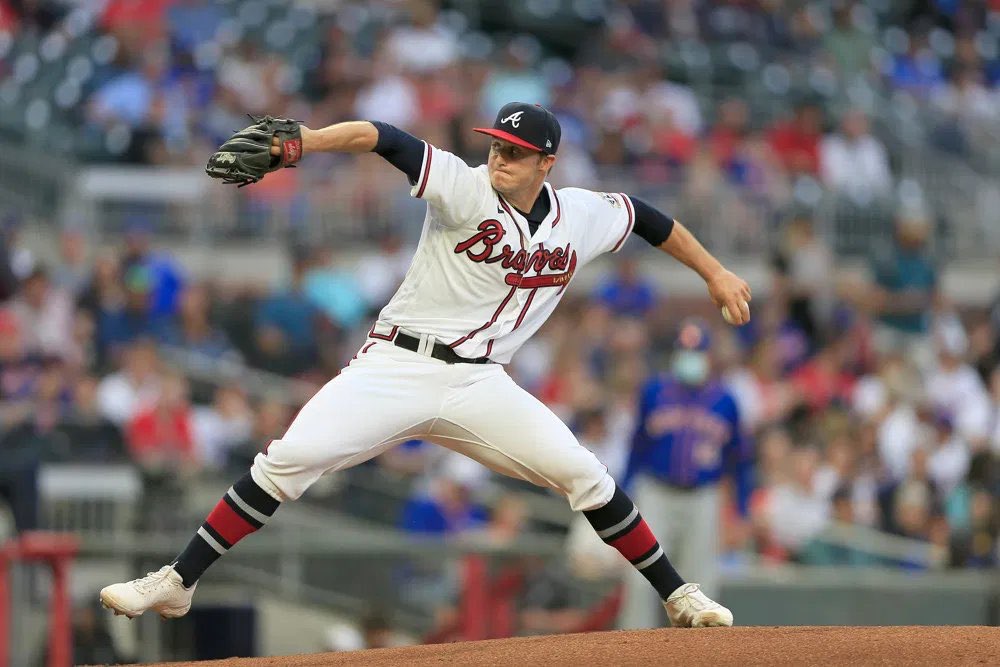 Tucker Davidson is getting the opportunity to show his potential, and the lefty is now proving it on baseball’s biggest stage.

For a second straight outing the Tascosa graduate shined on the mound for the Atlanta Braves tossing six shutout innings Wednesday night despite his team not being able to hold a late lead falling 2-1 on a walk-off home run by Luke Williams.

The loss foiled Davidson’s attempt at his first win in the big leagues, but he was still the topic of conversation in Braves manager Brian Snitker’s postgame press conference.

“I’ve been impressed with all three outings,” Snitker told reporters after the game. “I like his tempo, he throws strikes, and I like his quality of pitches. He’s been really good. I like how he attacks hitters, he works quick, and his secondary stuff is really good. There’s just a lot to like there. It’s great he’s taken advantage of this.”

Davidson worked six innings before being taken out after 90 pitches scattering four hits without allowing a run against the Phillies on Wednesday. His control was much improved as he kept Philadelphia hitters at bay with his moving fastball and nasty breaking stuff. Davidson exited with four strikeouts, including two of Phillies slugger Bryce Harper, and was in total control giving up one walk.

“It’s all about mental preparation,” Davidson said. “I take on the mindset I want to attack hitters, keep the ball in the zone, and let my defense make plays.”

Davidson has been on a yo-yo schedule this season being called back and forth from Triple Gwinnett to the Braves Major League club three times now. He made his first start of the year In a spot situation against the New York Mets on May 18, tossing six innings allowing three runs. He was once again called up last week for an afternoon spot start where he highlighted an Atlanta win though he didn’t fair in a decision, going 5.2 innings with five K’s against the Washington Nationals.

“It’s been a crazy two weeks,” said Davidson, who is in his sixth season with the organization after being drafted in the 19th round in 2016. “From going up and down to pitching in front of ruthless Philly fans, to throwing a day game in Atlanta. It’s been a dream come true. I just have to stay locked in. But I’ve wanted this since I was 5-years old, and it’s been fun.”

Davidson hasn’t allowed a run in his last 11.2 innings, carrying a stellar 1.53 ERA through three starts.

If the rotation holds up for Atlanta, Davidson’s next start should come Tuesday at home when the Braves play the Boston Red Sox.