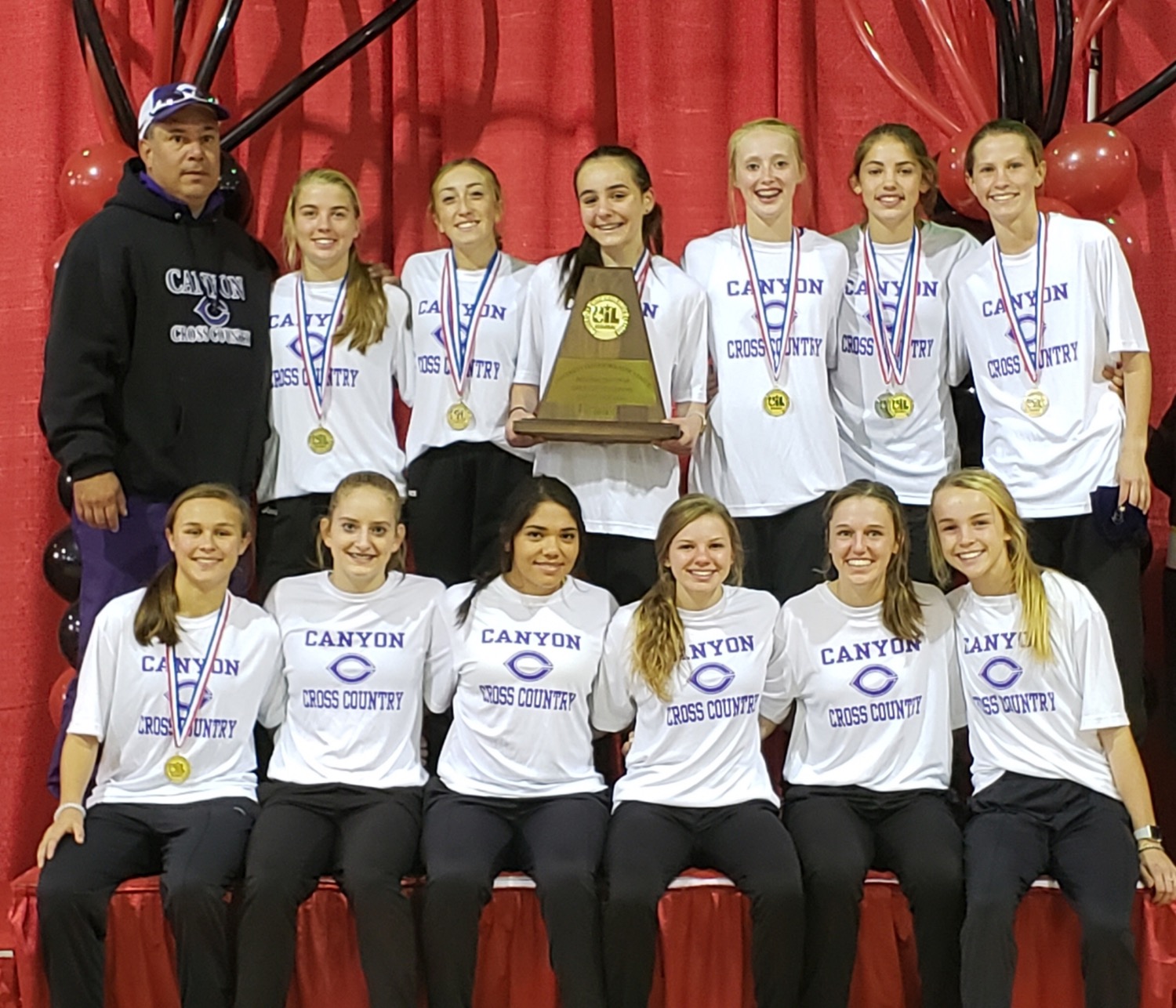 The Canyon Lady Eagles punched their ticket back to the UIL state meet on Nov. 9, at Old Settlers Park in Round Rock by dominating the field with 47 points. Canyon, the Class 4A defending champions, were so impressive they blew second place Argyle (89 points) away by 42 points.

Abree Winfrey was a huge lift to the team earning a silver medal behind Stuart with a time of 11:56.10. Junior Gabbi Davis rounded out the Top 10 with an eighth place finish.

“It feels great to do this again,” Canyon coach Ray Baca said. “It’s been a tougher year than expected. We’ve had a lot of runners sick. We haven’t had seven healthy runners at practice at one time since early September we’ve had so many out sick. But our team stayed positive despite it being difficult. I think our legs are a little fresher now because we had to back off of late. I’m excited to see what the next couple of weeks hold.”

On the boys side, Canyon’s Samuel Ashley was stellar. Not only was his gutsy performance of 14.46.90 impressive enough to help the Eagles to state for a second straight year, but he also claimed the individual gold medal for the first time. 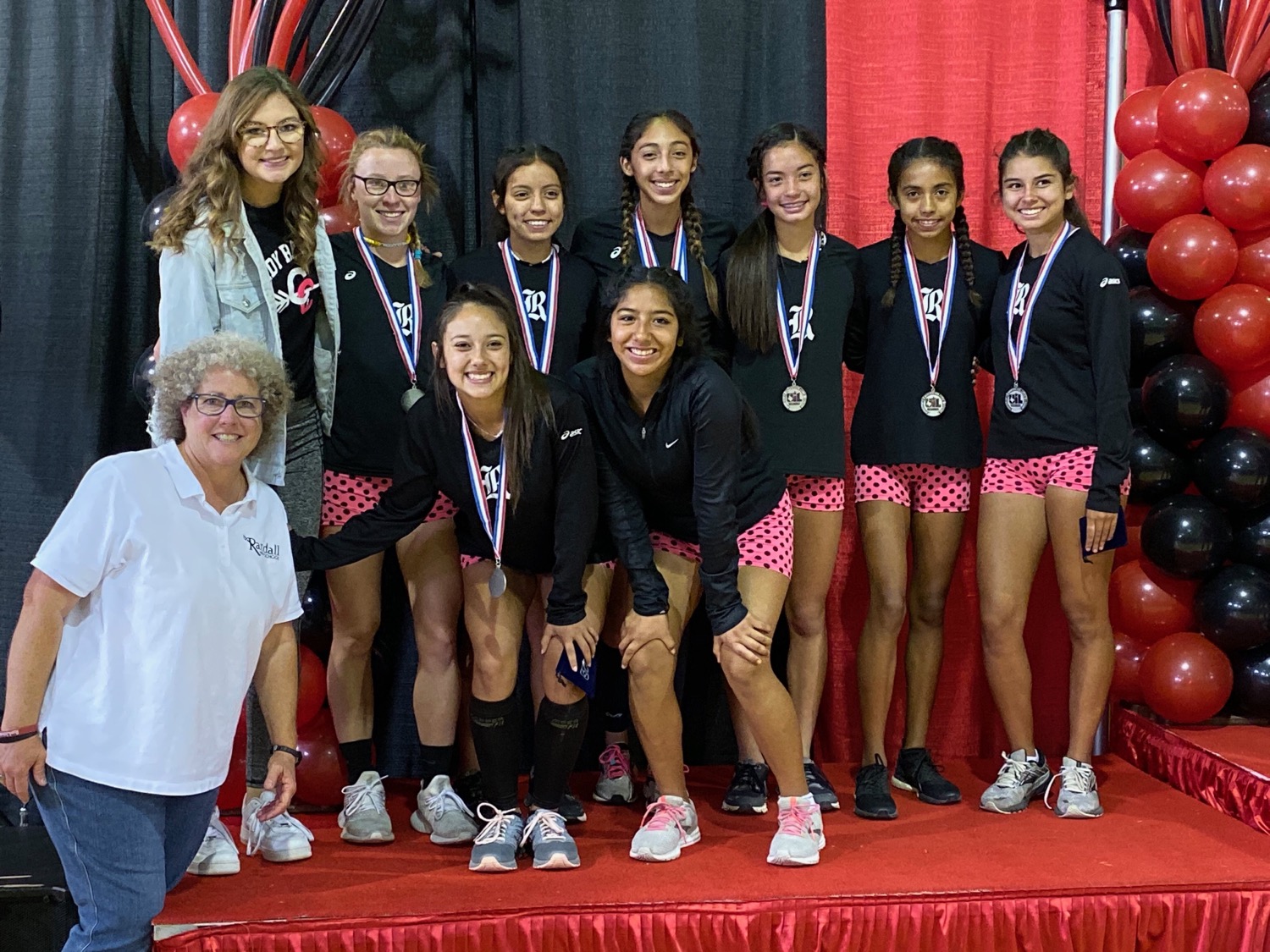 It was a banner afternoon for the Randall girls team during the Region I-5A cross country meet.

The Lady Raiders ran the best they had all season, and it paid off with a second place finish on top of a trip to Round Rock in the process.

The Amarillo High girls team and two boys individuals will be making the trip to the state meet. The Lady Sandies took fourth place to qualify. Senior captain Cammie Mitchell placed in the Top 10, in eighth place individually, pacing an 18:23.60.

During the boys race, Branch Cox tallied an 11th place finish, followed by teammate Isaac McGill, who came in 17th. Both advance to state as individuals. 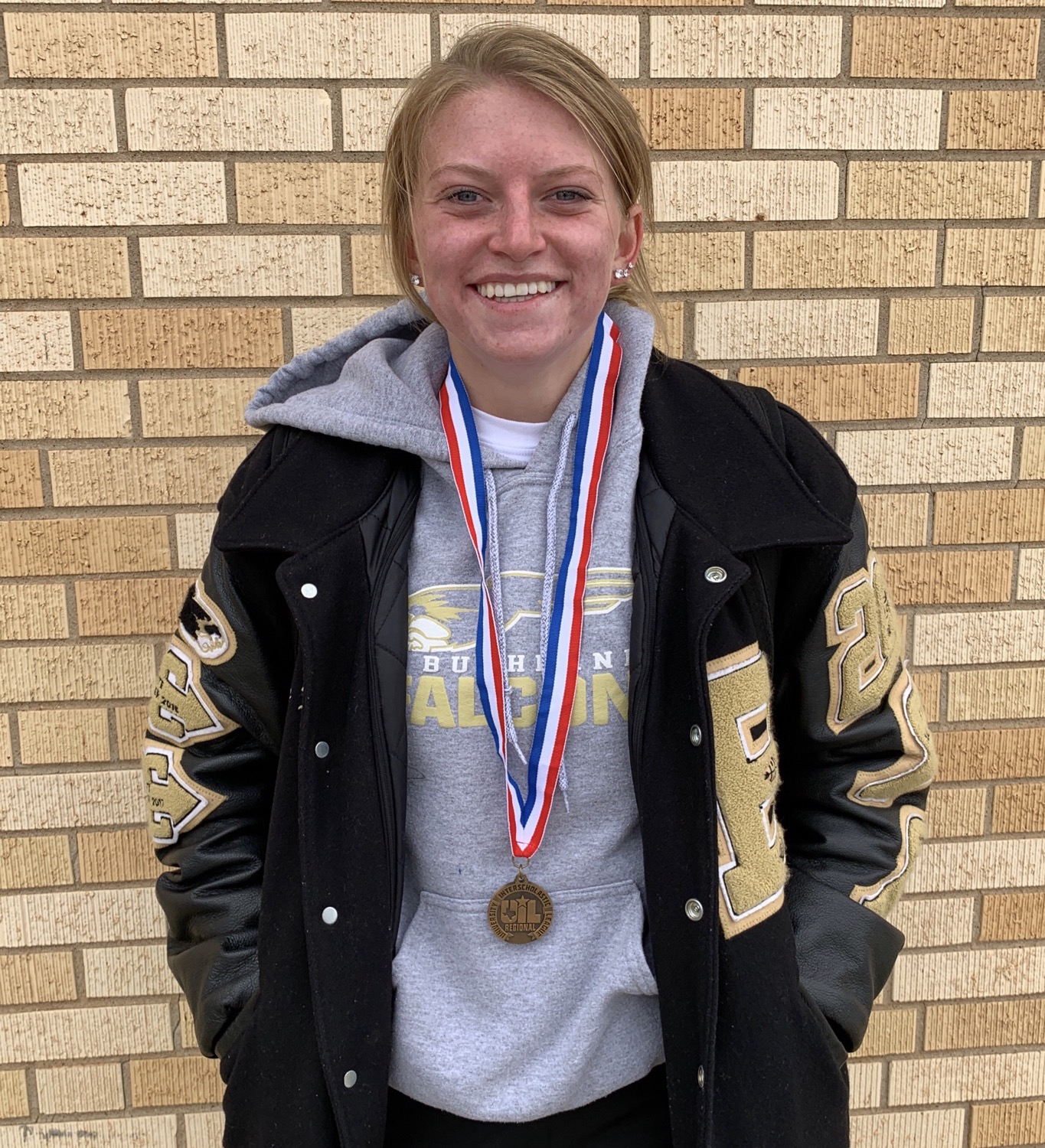 Bushland’s Tatum Fish is headed back to the UIL state meet for a fourth straight year.

The senior has never miss a trip to Round Rock in her career.

Fish will be joined at state by Tulia’s Alexis Trammell. Trammell earned seventh as an individual with a time of 13:35.50.

Dimmitt’s Jordan Garcia came in fourth as an individual on the boys side. Garcia had a time of 16:21.40. Garcia will be joined at state by River Road’s Crawford Kiser and Canadian’s Rylun Clark. 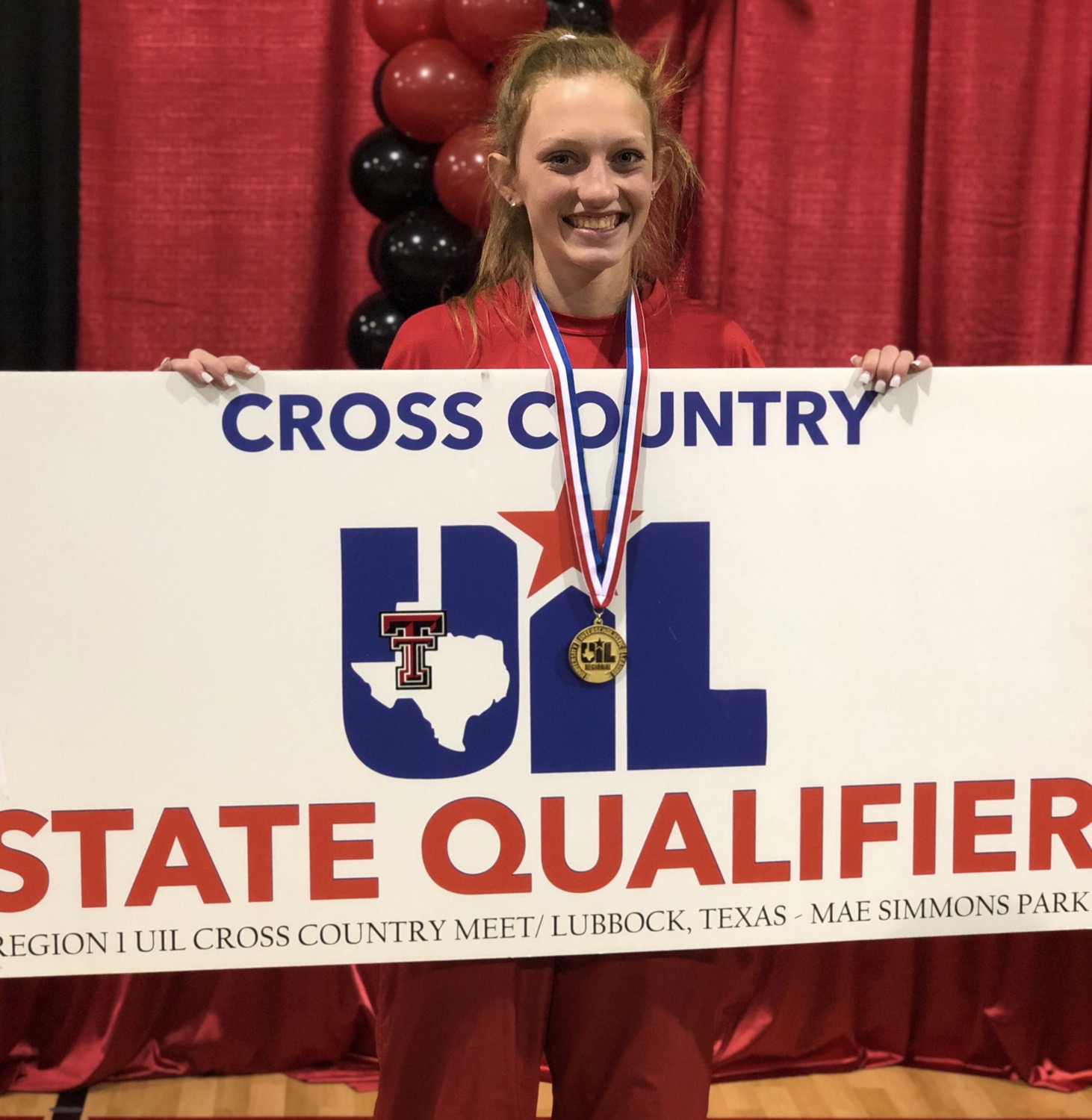 It’s the second straight regional championship for the sophomore Kane, who won the regional last year on the way to claiming the Class 2A state champion from as a freshman.

Wellington also qualified for state as a team taking third.

Thanks to Brown’s performance on the boys side, Panhandle is headed to Round Rock. The Panthers were third overall in team competition. 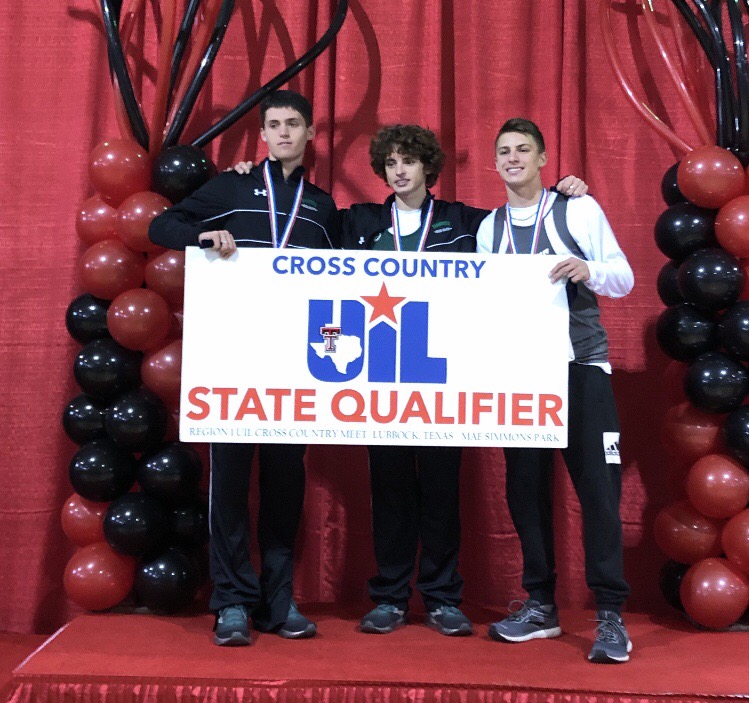 Wilson won the boys individual meet with a time of 16:58.50, followed by Stroope’s second place finish, clocking a 17:01.60. Both Irish runners advance to the UIL state cross country meet Saturday, Nov. 9, in Round Rock.

On the girls side, the Happy girls team came in third with 122 points. Emily Berry led the Cowgirls with by placing sixth (13:00.20).

The Nazareth girls punched a ticket to state with a fourth place finish. Emma Kleman had the team’s best time of 13:25.40

For full results of Monday’s regional meet go to https://mychiptime.com/searchevent.php?id=12652