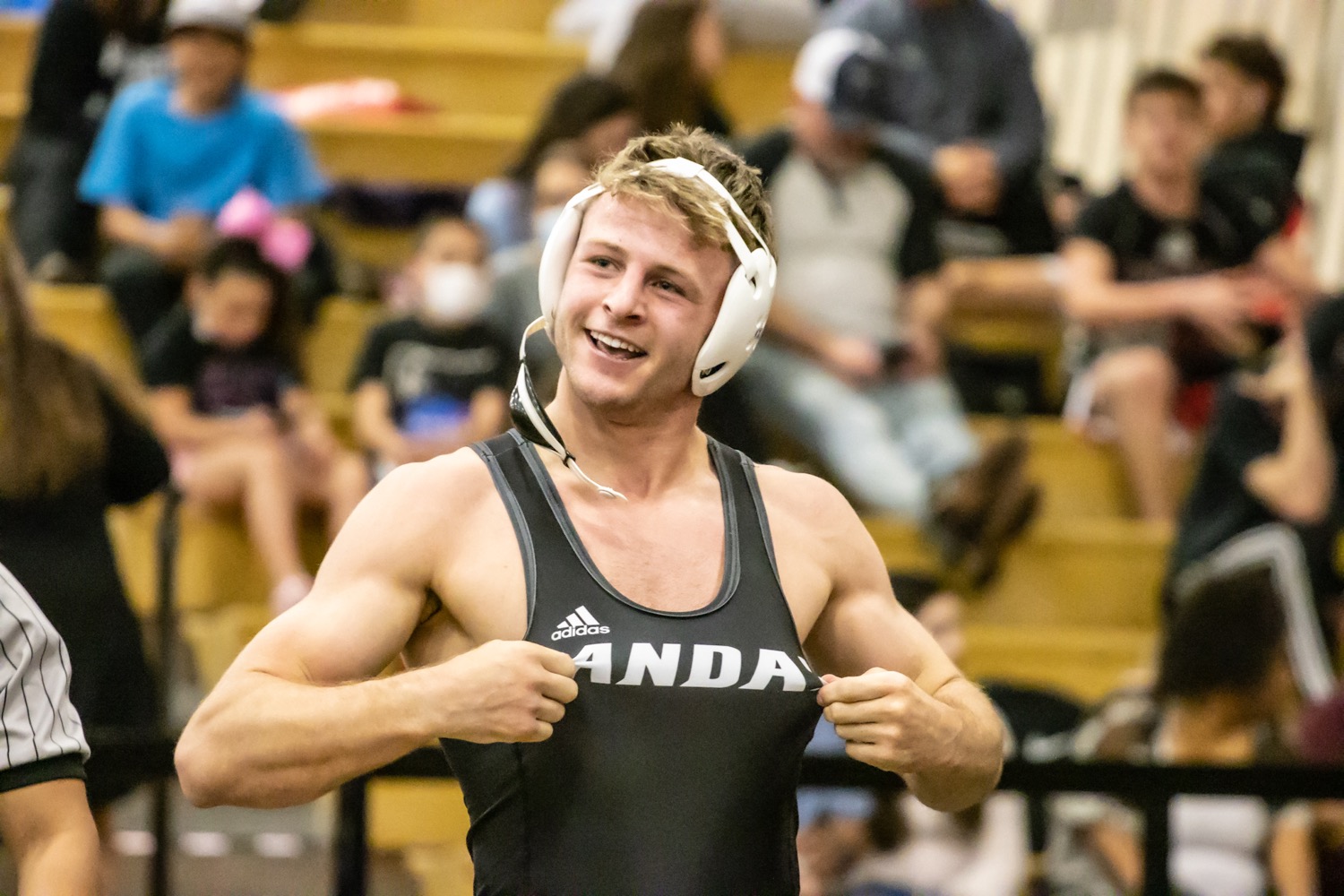 Randall senior Branson Britten is a perfect 26-0 and the top wrestler in all of Class 5A. [Ben Jenkins/ Press Pass Sports]

The Randall boys wrestling team is on a mission to carry on its proud tradition, and bring back a third straight state championship.

The Raiders get that chance when they compete at the University Interscholastic League Class 5A State Wrestling Meet on Friday the Berry Center in Cypress.

In 26 seasons, Randall head coach David Quirino has turned the boys into a wrestling dynasty as one of the top programs in all of Texas.

Randall boasts six state team championships since 2008, 31 individual state champions since Quirino took over in 1995 with several going on to be college All-Americans.

Add Randall’s Branson Britten to the list of Randall greatness.

The senior and Northern Colorado signee has solidified himself as the top wrestler in the 182-pound division in Class 5A, and sits No. 13 nationally according to matscout.com.

“He’s a student of the game,” Quirino said. “Branson is the ultimate competitor, and always wants to learn and get better. He’s always asking our former all-state wrestlers questions, and learns from them and applies it.”

Quirino and Britten’s relationship started when Britten was 8-years old training at Quirino’s Omada Kitrinos Wrestling Club. Even at a young age, Quirino could see that his pupil had something special about him.

“I just remember he hated losing,” Quirino said. “If he lost, he’d get so mad. So he’s always had that competitive drive about him. That makes him great, and you can see it every time he hits the mat.”

For Britten, he wouldn’t be the person or wrestler he is without his mentor, Quirino.

“Coach Quirino has taught me everything I know,” said Britten. “He’s taught me to be a better wrestler and a better person. He’s been a huge mentor to me, and I couldn’t have asked for a better coach.”

Britten carries a 26-0 record all coming by pin during this incredible season.

The Raiders standout linebacker in the fall is also headed to state with a business mindset to defend his championship he won last year at the 170-pound weight class. Now in the 182-pound division, Britten Is ready to solidify his legacy as one of the best to step on a Randall mat.

“My goal is to go down and win it all individually and with the team,” said Britten, who has 138 career wins in three years on varsity. “I’ve been fortunate to win by pins all season, and if I get the chance I’d love to win all of these matches at state by pin to finish off my career strong. It’s going to be hard, but that’s my goal.”

The Region I-5A runner-up Dumas Demons are hoping to make an impact at the Class 5A State Wrestling Meet on Friday.