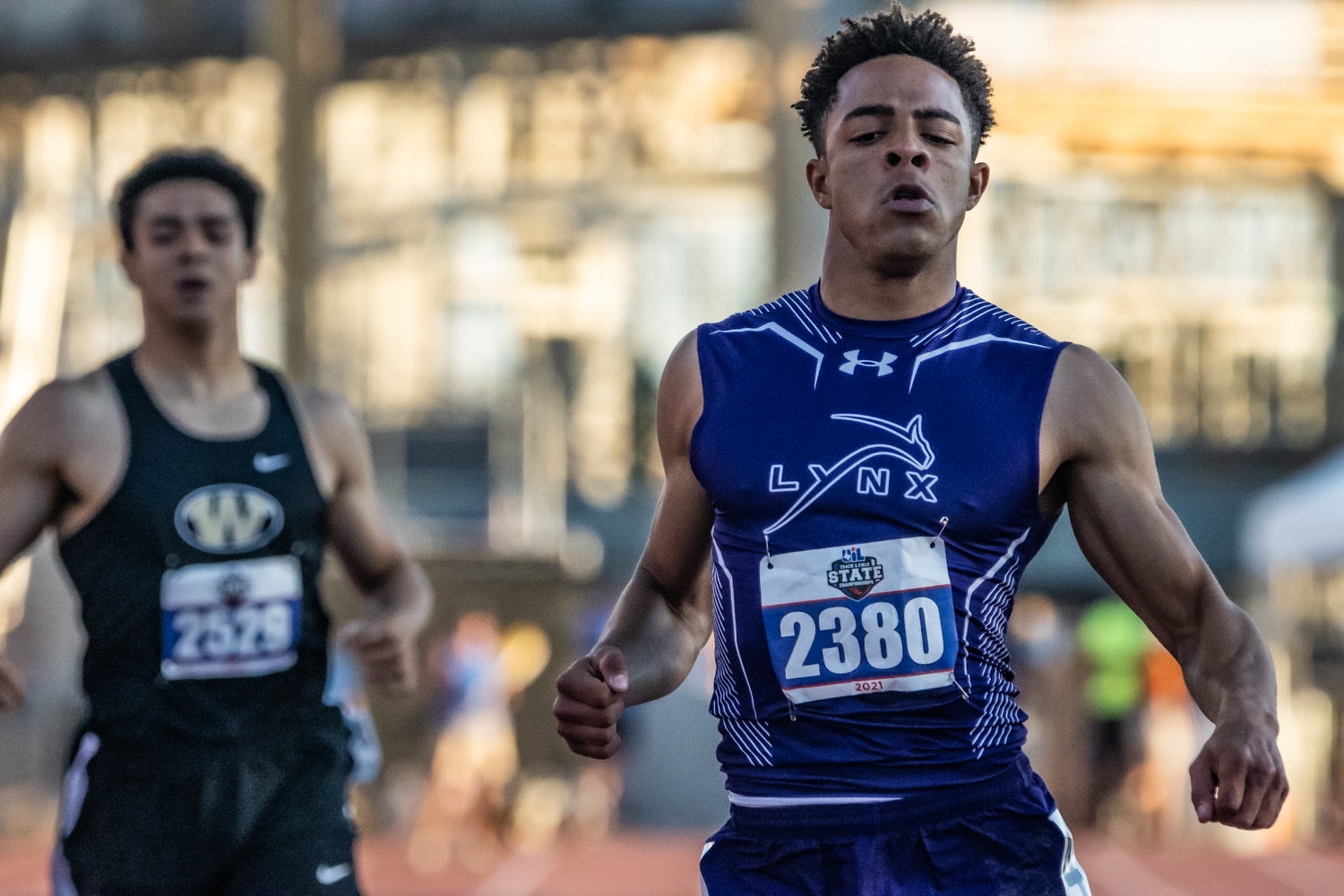 AUSTIN— Spearman’s Brenen Thompson had been waiting three years for his opportunity to compete at the University Interscholastic League state track and field championships at Mike A Myers Stadium.

Thursday, the highly heralded junior with all eyes on him, took full advantage of his first opportunity bringing home two medals back to his hometown.

The Texas Panhandle’s top Division I football prospect with 37 football offers that include — defending NCAA national champion Alabama, Clemson, LSU, and host school of the championships, Texas — opened his evening as the anchor leg of the 400 meter relay. The Lynx finished eighth, leaving Thompson eager to showcase his skills in the 100 and 200 meter dash.

Fueled by aggravation, Thompson didn’t leave any doubt in the 200 meter race, leaving the field in the dust off the curve by the 100 meter mark to ease his way to the gold medal, blazing a personal-best 21.27.

“There was a lot of frustration,” Thompson said. “We came in eighth in the sprint relay, then coming in second in the 100 meter. I don’t like to lose. So being able to battle back, win the 200 and get my personal-record, and get the gold.”

“It feels good to be here. Not having this event last year, then being recruited by Texas and getting to speak to some of the track and football guys is cool. But it’s awesome to be here and compete.” 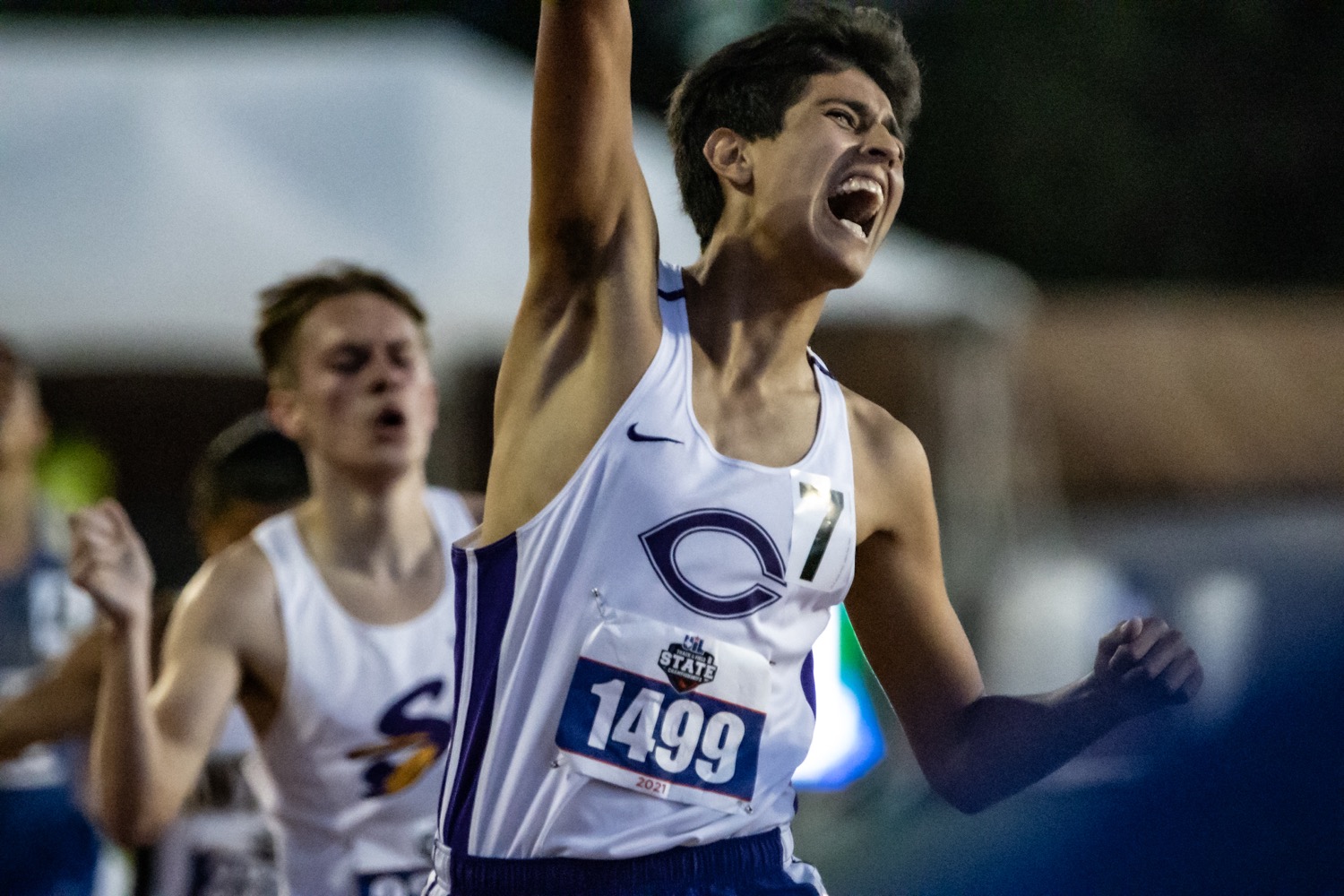 Disappointment loomed for Canyon senior Sam Ashley Thursday morning before redemption reigned later in the night. Ashley left the track aggravated after failing to medal in the 3200 meter run. Fortunately for Ashley, he battled back in style with an impressive performance in the 1600 meter run to gain a gold medal running a new personal-record 4:21.74.

“This is a wonderful feeling,” said Ashley, who has signed to run at Texas Tech. “I wasn’t happy with my 2-mile, I didn’t run well at all. I came into the mile thinking, i’m giving it all I have and I’m going to lead the entire way. So I took it all four laps to see what I could do.”

Teammate Rafe Butcher gutted out a silver medal, showing tremendous effort diving at the finish line for a silver medal finish. Butcher clocked a 48.95 to win his first medal at the state meet.

“My nerves were getting to me the entire way down, and all day before I ran,” Butcher said. “There were so many people, and It’s a different experience. I’m excited to be here, and I know I didn’t run my lowest time but I medaled and that was the goal.” 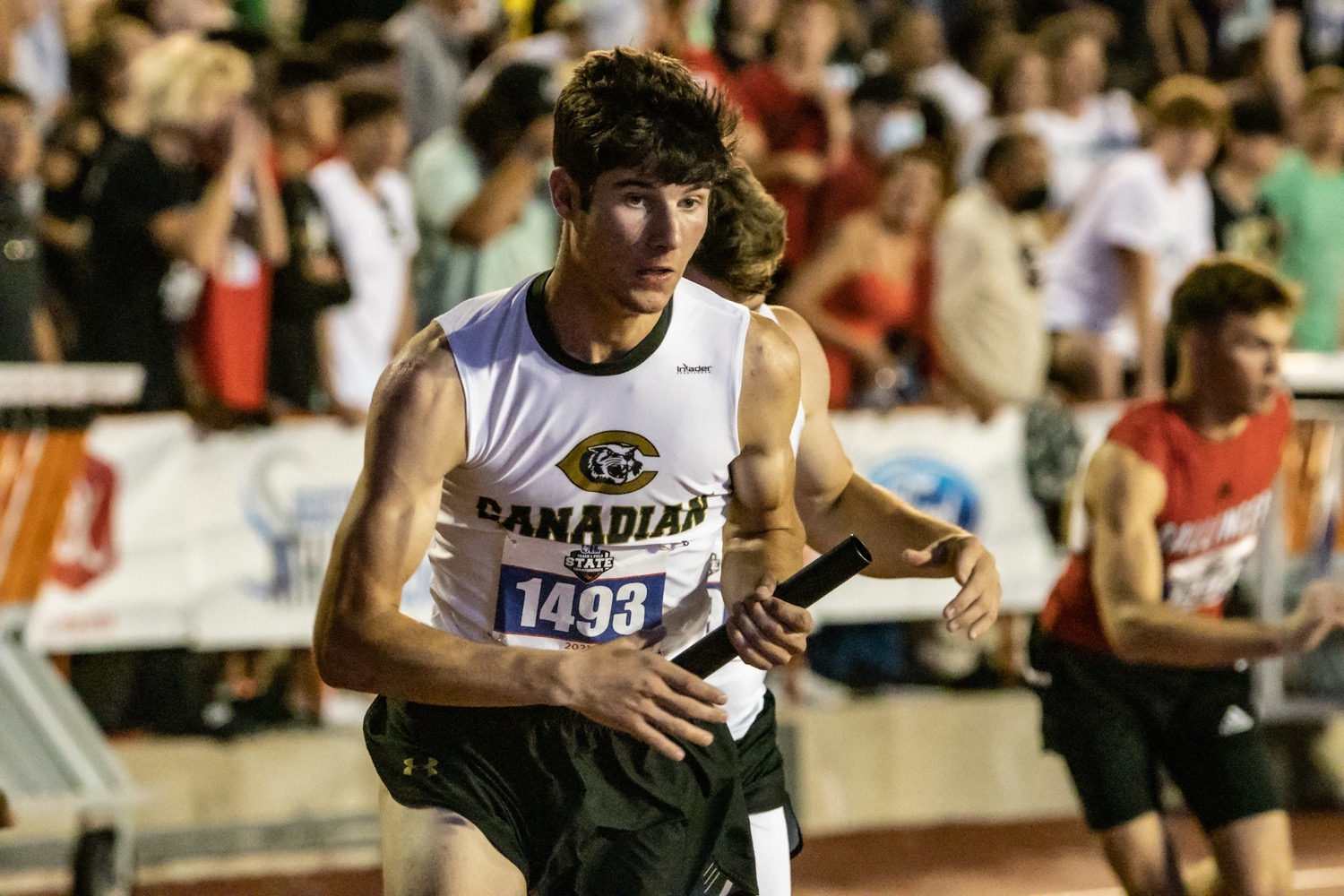 Canadian’s veteran 1600 meter relay team of Hayze Hufstedler, Rylun Clark, Angel Joshua Culwell, and Angel Garcia, capped off a fantastic year thanks to a silver medal performance running a time of 3:23.78. It was a fitting end to a Wildcats squad that won a Class 3A Division II state championship in December.

“You feel like you’re floating when you run at this place,” Culwell said. “It’s a great way to cap our year as seniors. Winning a state football title, then getting silver here just makes it special.” 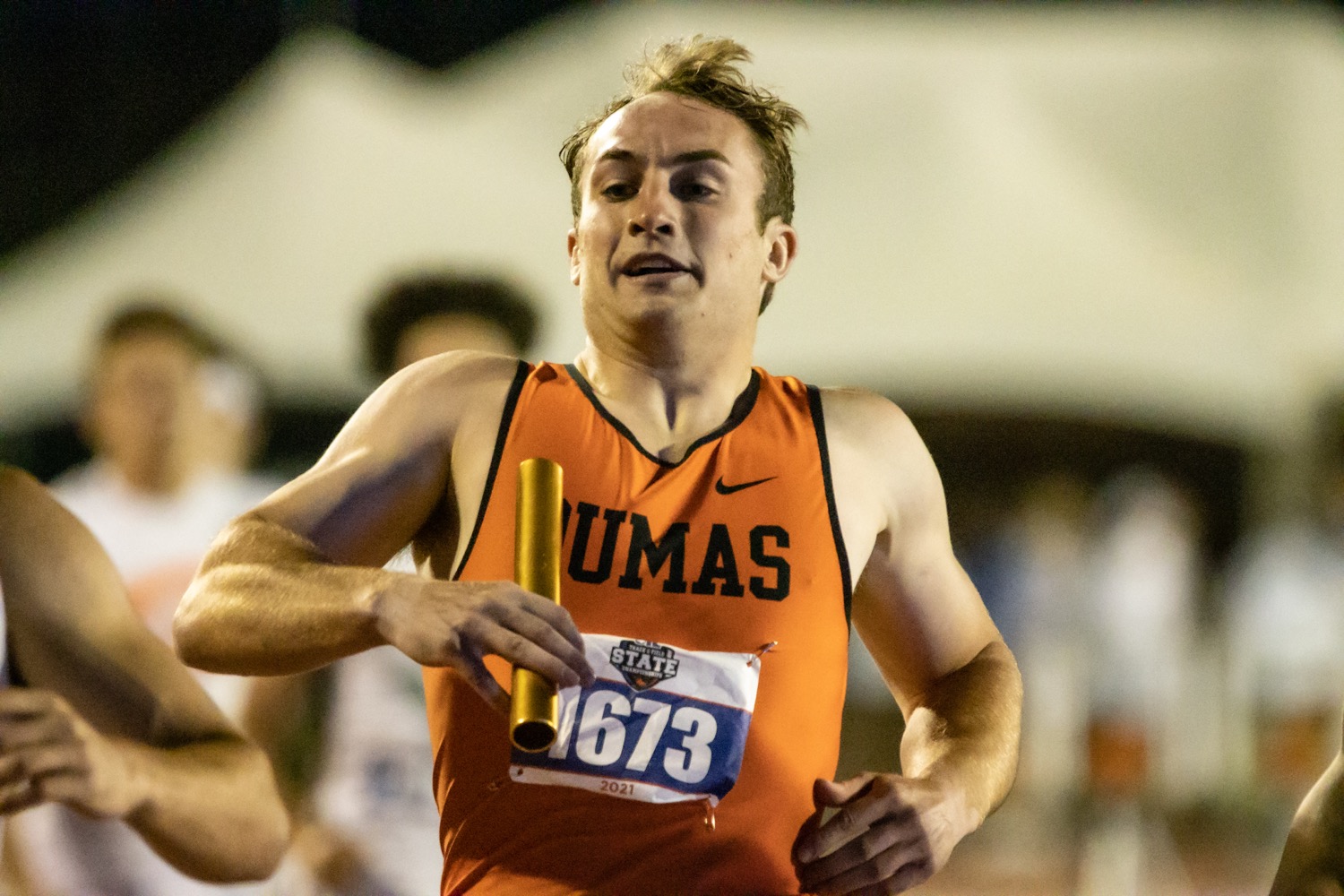 The Demons mile relay team of Oliver Ortiz, Emmanuel Ibanez, Christian Carerra, and Cade Cox, did what they’ve done all year. Dumas impressed once again blazing a season-best time of 3:18.07 to jump on the medal stand with bronze.

“What a feeling,” Cox said. “We’ve had a great year, and to come here and run our best time yet, and get a medal is unbelievable. This is awesome, and I’m so proud for all of these guys.”