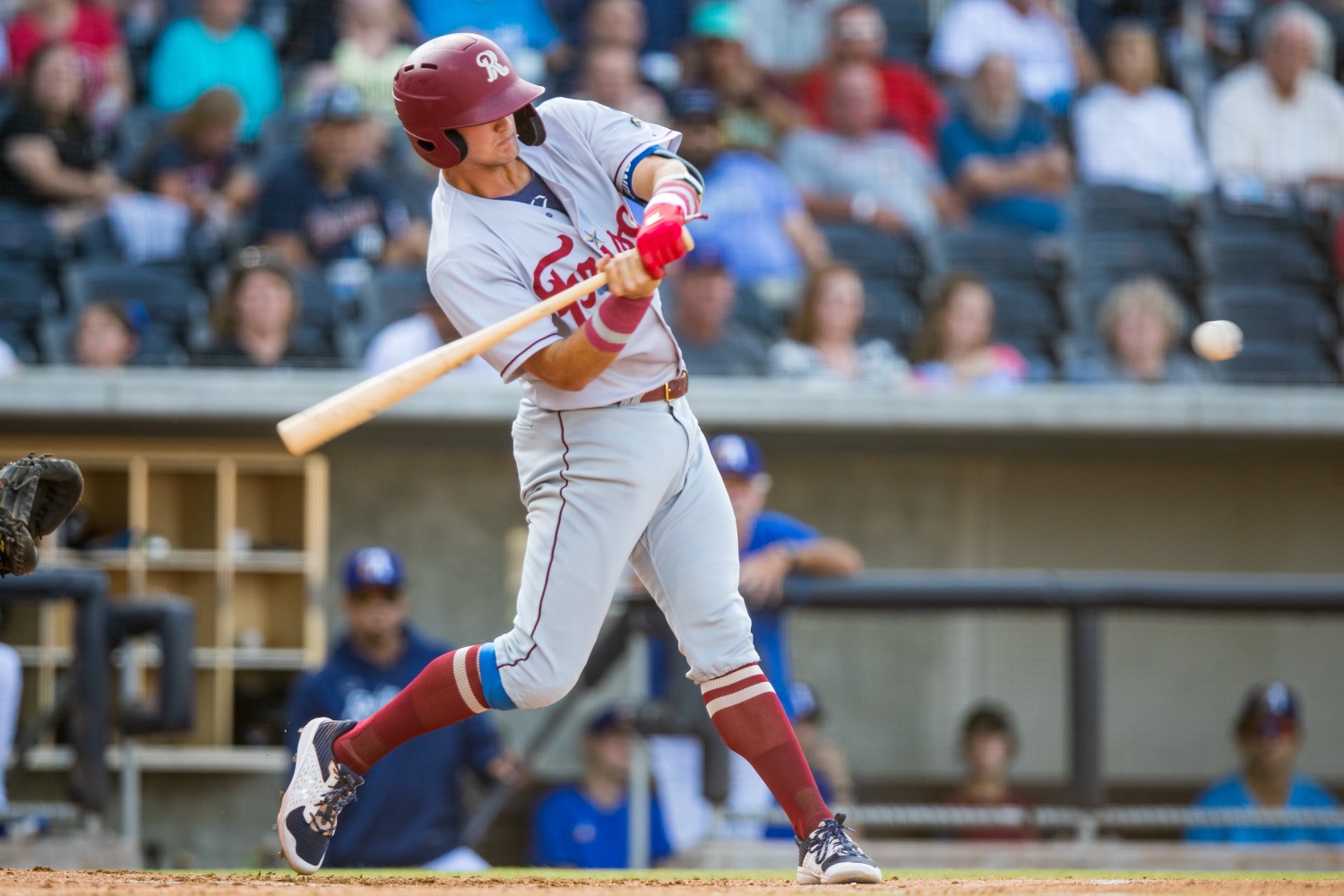 The Amarillo Sod Poodles had to settle for some silver linings after last week’s six-game home series against the Frisco RoughRiders at Hodgetown.

Coming off a 12-game road trip, the Sod Poodles faced the daunting task of hosting the RoughRiders, who not only lead the Double-A Central South Division, but who have the league’s best record. Results on the field bore out those numbers, as Frisco took five of six games to leave town with an even tighter grip on the division lead and leaving the Soddies sitting in last place in the division.

Frisco closed the series with an 8-1 win Sunday, displaying the reasons the future may be brighter for the Texas Rangers, Frisco’s big league parent club. The RoughRiders hit four home runs and limited the Sod Poodles to five hits to send a message regarding their status in the league.

That game was kind of the exception to the series, though, as the Sod Poodles (29-42) were competitive thanks mainly to their pitching.

“There were only two games where we weren’t in it,” Soddies manager Shawn Roof said. “I think in the other four we had the tying run to the plate or the winning run to the plate at the end. (The RoughRiders) are a very good team and we battled all week and just came up a little bit short.”

The Sod Poodles actually took the lead in the series finale, going up 1-0 in the third when Alek Thomas tripled off Frisco starter Cole Ragans and scored on Dominic Fletcher’s sacrifice fly. But that was all they managed offensively, as they couldn’t get a runner past second base the remainder of the game.

Through four innings, Soddies right-hander Luis Frias was cruising, as he was throwing a shutout and had retired eight straight. But with one out in the sixth and old trend reared its ugly head.

Frias gave up a single to Diosbel Arias and Josh Stowers reached on an error before Melvin Novoa hit a three-run home run to left to give Frisco a 3-1 lead, which sparked the RoughRiders closing the game with eight unanswered runs.In the top of the seventh, Anderson Tejeda hit a two-run homer off Frias (the first of two homers for Tejeda) to make it 6-1 and send Frias to the showers. It ended another mixed performance for Frias, who struck out seven and walked none.

Frias opened the series by taking a 7-3 loss Tuesday night in which he struck out nine in seven innings. But he also gave up a two-run homer to Sam Huff in the sixth which gave Frisco the lead for good.

“A lot of times it boils down to a couple of pitches in his outings whether you give up one or two runs or you give up five or six,” Roof said of Frias. “We’re seeing a lot of improvement attacking hitters and staying within himself.”

The Sod Poodles actually got three solid pitching performances to close the series. Their lone victory came in Friday night’s 7-4 win, when right-hander Matt Tabor struck out seven and scattered six hits and gave up two runs in six innings.

Saturday night, Ryne Nelson may have had an even more impressive performance, striking out 11 and walking none in six innings. But he wasn’t as fortunate as Tabor, as he got a no-decision in a 3-2 Soddies loss.

“These guys are young and it’s their first time in Double-A and their starting to get comfortable here,” Roof said. “If we continue to pitch like that we will continue to stay in ball games and our offense will score some runs and win some games.”

Tech’s Jung living up to hype

It was as close to a homecoming as Josh Jung has had in his short professional career, and last week he showed the crowd at Hodgetown he’s as good as advertised.

Jung, a Texas Tech product who was the No. 8 overall selection in the 2019 draft and is ranked the top prospect in the entire Rangers organization, played third base and designated hitter for Frisco last week. He hit a pair of homers in the series and left town hitting .306 with seven homers and 29 RBIs on the season.

It was the first time Jung had played this close to Lubbock since becoming a pro and his first trip to Hodgetown as a player. He was impressed with the facility so close to home.

“I only played in Midland when I was at Tech,” said Jung, referring to another Central League South stadium. “It’s a pretty nice stadium. Everything here’s state of the art so it’s pretty cool to come here. The first game of a series is always an ‘I’ve got to get my feet under me’ kind of thing.”

Jung said that after Tuesday’s first game where he was 0-for-3, but sure enough, he homered the next night in a 7-6 10-inning victory. His second homer of the series came in Sunday’s finale, a no-doubt solo shot to left which provided a punctuation mark to end the series.

With minor league baseball suspended in 2020 due to covid, Jung saw his development further delayed by a broken toe suffered early this year, which delayed his Frisco debut until mid-June. If there’s been any ill effects from that, they haven’t shown.

“It’s just baseball, coming out and having fun,” Jung said. “It’s been a year-and-a-half since I’ve been in a real game so there haven’t really been much adjustments since I haven’t played in a very long time. Growing up you play every day on the weekends then you have a break during the week so playing every day’s different.”

Last week the Sod Poodles drew 34,072 fans for their six games. In each of the first five games of the series, each crowd was bigger than the previous one, and Friday’s and Saturday’s crowds were both over 6,400.

A sort of homecoming

This week the Sod Poodles will host the San Antonio Missions for six games and there will be some popular faces making the trip.

The Missions are the San Diego Padres Double-A affiliate, which was the role the Sod Poodles played during their inaugural season in 2019, when they won what was then known as the Texas League. Leading the Missions into town will be manager Phillip Wellman, who led the Sod Poodles to the 2019 championship.

Also expected to make the trip is catcher Kyle Overstreet, who was a valuable utility player on the Soddies title team.