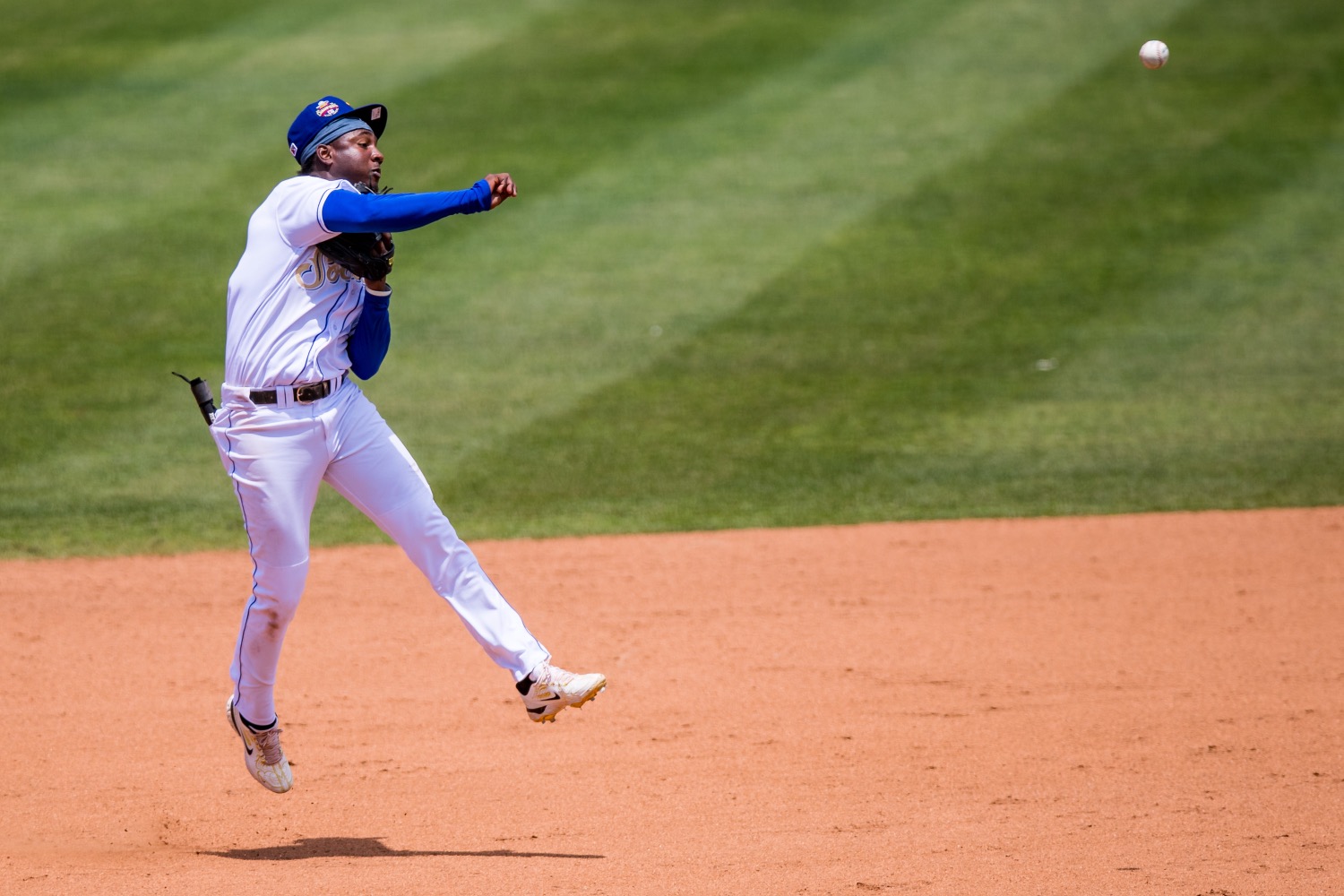 Sunday afternoon at Hodgetown seemed like it was the perfect summary of the first home series of the season (and since 2019) for the Amarillo Sod Poodles.

After five up and down games against the Midland RockHounds to start their home schedule, the Sod Poodles finally got some of the clutch hitting late they’d been missing for three games. Along with their established stellar pitching, it was enough to lift them to a 6-3 win and give them a split of their six-game series with Midland.

Considering the relative lack of hitting over the previous four games in which they scored a total of nine runs, the Sod Poodles (10-8) had to be happy with the way they left town after a one-week return.

“The guys came back and they responded great,” Sod Poodles manager Shawn Roof said. “They played their tails off all week. Unfortunately we came up short for three games there, but any time you can salvage a split it’s great.”

Following a 10-0 win in seven innings of the home opener which was delayed by rain, it had been diminishing returns in the series for the Soddies, at least at the plate. For four straight games, they never got more than three runs, bottoming out in Saturday’s 2-1 loss where they didn’t advance a runner past second base in the last six innings.

That trend continued into Sunday, as in the first five innings, the Sod Poodles got on the board when Stone Garrett doubled and scored on a single by Jose Herrera to make it 1-0. But Garrett was the only Amarillo baserunner to make it as far as third base in that span as Midland (9-9) tied it 1-1 in the top of the third.

Things turned in the sixth inning, though. D.J. Burt led off the inning with a single off Midland reliever Nick Highberger then went to third on a double to right-center by Nick Thomas.

Four pitches later Burt and Thomas both came home, as Mikey Reynolds hit his first home run in Class AA well over the infamous Bar 352 in left field to give the Soddies the lead for good at 4-1. Those proved to be the game-winning runs.

“It was two strikes and I was just trying to do a job with second and third and no outs,” Reynolds said. “I was just trying to get it in the air so we could score one run there. The way the wind was blowing out it was definitely a wind-blown home run but I’ll take it.”

Midland cut into the lead in the next half-inning when Kyle McCann hit the first pitch of the inning off Sod Poodles reliever Matt Gage (who got the win) to about the same spot Reynolds hit his for a solo shot to make it 4-2. But the Sod Poodles got some insurance in the bottom of the eighth when Reynolds singled home Thomas and scored on Garrett’s double to make it 6-2.

As had been the case throughout the series, the Soddies took care of the rest on the mound. Starter Ryan Weiss and relievers Gage, Chester Pimentel and Edgar Arredondo combined to keep Midland’s bats at bay.

In four of the six games, the Sod Poodles held the RockHounds to three runs or fewer.

“To be honest with you we expect our guys to come out, attack the zone and go right at hitters,” Roof said. “We don’t care what the ball park is. We knew we had a very talented pitching staff and these guys did a really good job. They kept us in ball games and gave us a chance to win.”

For a look at photos of the Sod Poodles homestand visit John Moore’s link below. 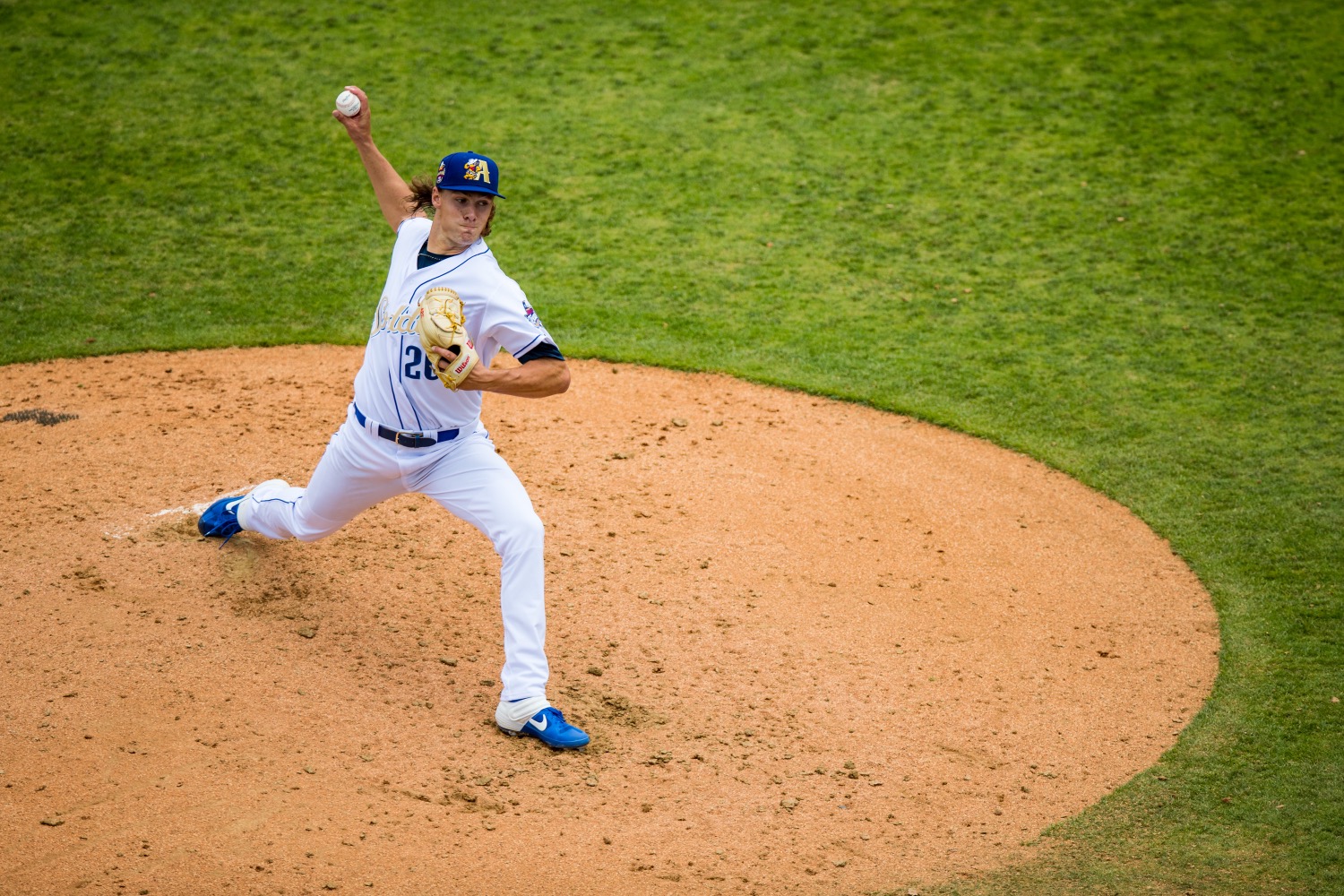 If there was a star in the series on the mound, it was Weiss. After flirting with a no-hitter in winning his first home game, he took an 0.56 ERA into Sunday’s start, his second against the RockHounds. He proved more mortal in the rematch, as he was pulled after only 4 2/3 innings, but he still gave up only three hits and one run as his ERA is now 0.87.

“He pitched his tail off again and gave us a chance to win,” Roof said of Weiss. “It’s been fun to watch him so far.”

The offensive revelation for the Sod Poodles in a series where runs were precious was first baseman Jarret Rindfleisch. He hit three homers in the series, homering in the first two games then going yard for Amarillo’s only run in Saturday’s loss.

That earned Rindfleisch, who was signed by the Arizona Diamondbacks in March despite not playing since 2018 in the Miami Marlins organization, a promotion in the batting order Sunday. He was moved from No. 7 to No. 3 in the lineup, and went 1-for-4 with an infield single.

The top four spots in the order Sunday were largely responsible for the Sod Poodles breaking out of their offensive funk. In addition to Reynolds driving in four runs from the No. 2 spot, leadoff hitter Thomas and cleanup hitter both had a pair of doubles and combined to score three runs.

If nothing else, the last six days showed that the people in Amarillo are glad to have professional baseball back. A total of 33,943 attended the series. The biggest crowd was the 6,412 on Saturday as part of the popular Fireworks Night.

Back on the road

After making their first bow at home in 2021, the Sod Poodles are back on the road again for 12 more games, opening a six-game series at Corpus Christi at 6:35 p.m. Tuesday. A week later, they’ll head to Frisco for another six-game series.