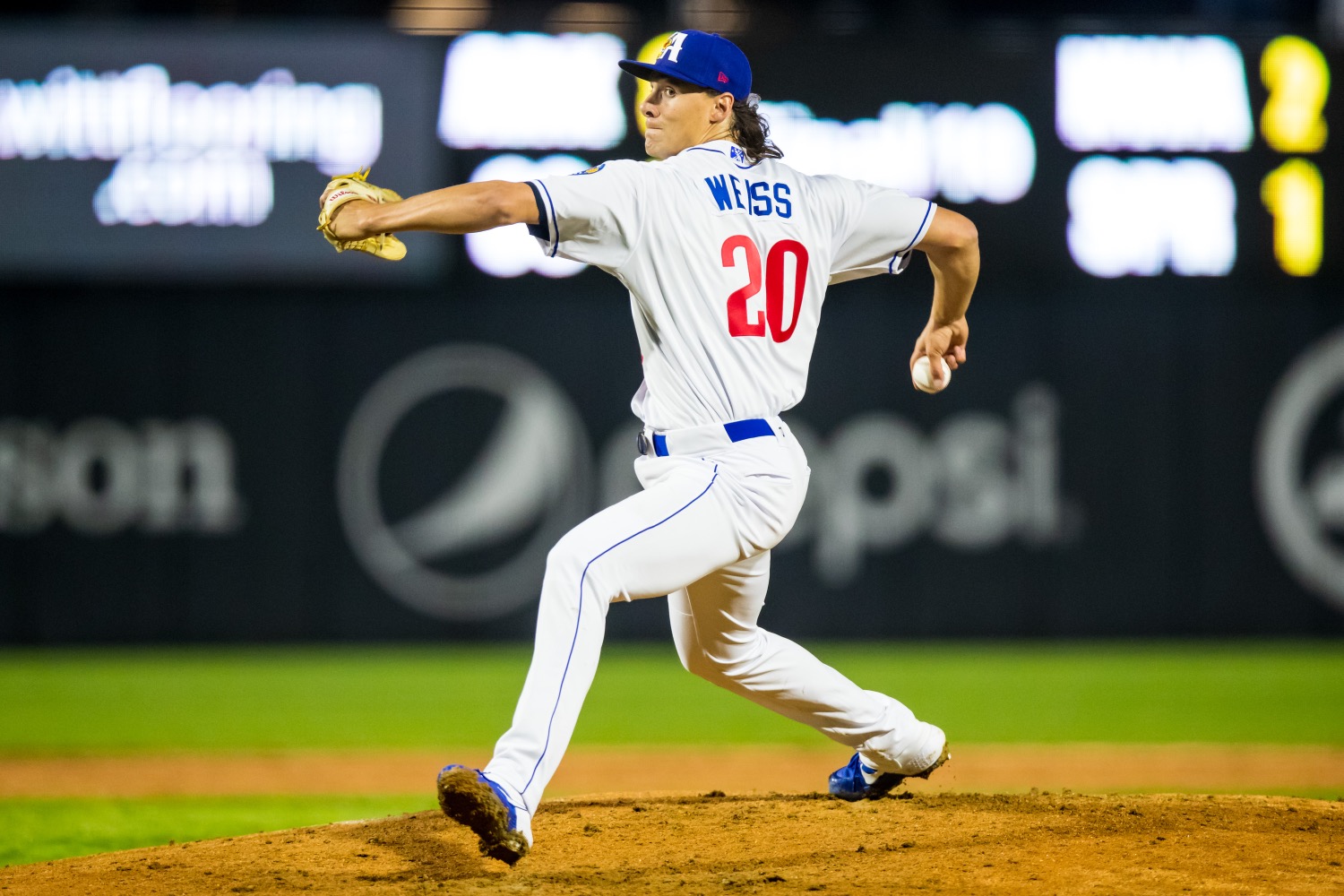 It wasn’t a conventional script for the Amarillo Sod Poodles in the first home scene from the long-awaited sequel to their debut dream season two years ago.

But those who stuck around for Tuesday night’s home opener at Hodgetown which stretched into early Wednesday morning were rewarded with the product on the field.

Following a rain delay which pushed the start of their home opener back more than three hours, the Sod Poodles seemed especially anxious to make their 2021 Hodgetown debut against the Midland RockHounds. Ryan Weiss was particularly antsy to get going, as he retired the first 17 batters of the game to highlight a 10-0 victory.

Despite being the Class AA affiliate of a new major league parent in the Arizona Diamondbacks, the Sod Poodles (8-5) seemed determined to carry on the winning ways of the 2019 outfit which christened the return of affiliated baseball to Amarillo after a 37-year absence with a Texas League championship.

Not only are the Sod Poodles no longer the San Diego Padres farm team, but they’re not even in the Texas League anymore, as the league is now called the Central League. But after missing 2020 due to COVID-19, the Soddies showed that they could be every bit as entertaining.

Although most of the 5,683 fans who paid to attend the opener were long gone by the time the first pitch was delivered, that didn’t dampen the quality of play by the Sod Poodles. Weiss was especially impressive in that regard.

In picking up his first win of the season, Weiss gave up only one hit and struck out eight over six innings of a game which was shortened to seven innings due to the extremely late start. The only down side to the evening was that Weiss saw a streak of 11 2/3 no hit innings come to an end on a single by Jhonny Santos in the top of the sixth.

The Sod Poodles added to their margin with five runs in the bottom of the sixth with two outs. Alexis Pantoja and Alek Thomas had back-to-back two-run singles in the inning.

McCarthy and Rindfleisch both drove in three runs for the Sod Poodles, who return to action for the second game of the six-game series against Midland (6-7) at 7:05 p.m.