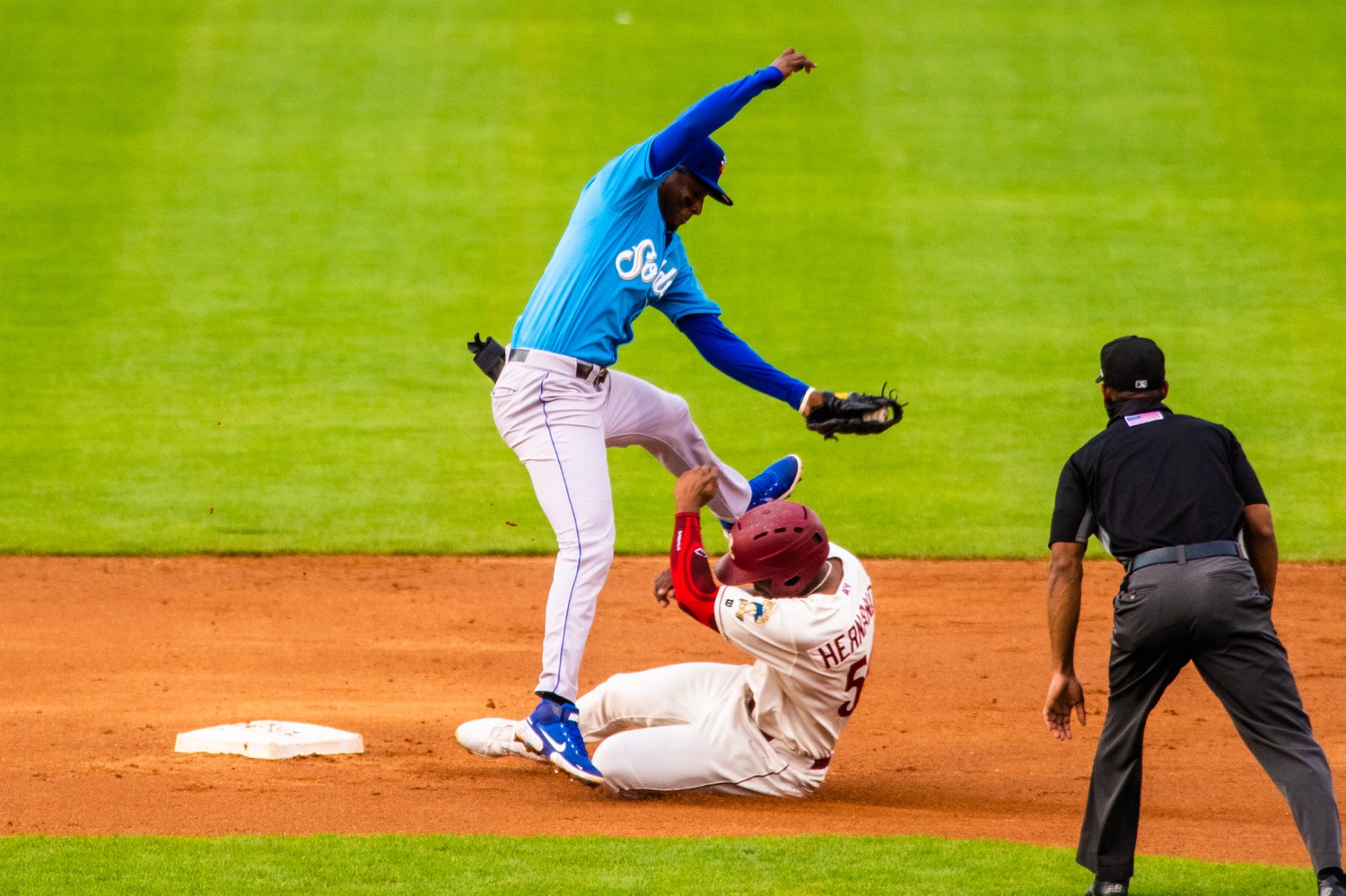 The best news for the Amarillo Sod Poodles heading into this week is that they’re going to be home for awhile.

Their second road trip of the season resulted in a 3-9 record and they’ll try to put that behind them starting at 7:05 p.m., Tuesday when they host the Corpus Christi Hooks to open a six-game series at Hodgetown. Fans can purchase tickets for $2 apiece thanks to Advanced Eye Care as part of the $2 Tuesday promotion.

During their most recent series at Frisco, the Sod Poodles (13-17) continued a slide which began a week earlier at Corpus Christi. The Sod Poodles saw their losing streak grow to six games after losing the first three games at Frisco.

They broke that streak Friday with a 6-3 victory, as right-hander Ryan Weiss threw five innings for the victory. In the first game of a doubleheader Sunday, which had been suspended from Saturday due to inclement weather, the Sod Poodles rewrote some of their brief record book.

The Sod Poodles took the lead with nine runs in the top of the sixth inning, a single-inning franchise record, as they rolled to a 16-8 victory. Michael DeLaCruz had the big hit in the inning with a grand slam, one of two homers he hit on the day.

Luis Basabe also homered twice for the Sod Poodles, who set a club record with seven homers on the day. The Soddies also had 20 hits and 16 runs, both of which were also franchise records.

This week marks the first of two straight six-game series at Hodgetown, as the Sod Poodles will host Midland next week. The Sod Poodles have played 24 of their first 30 games away from Amarillo. 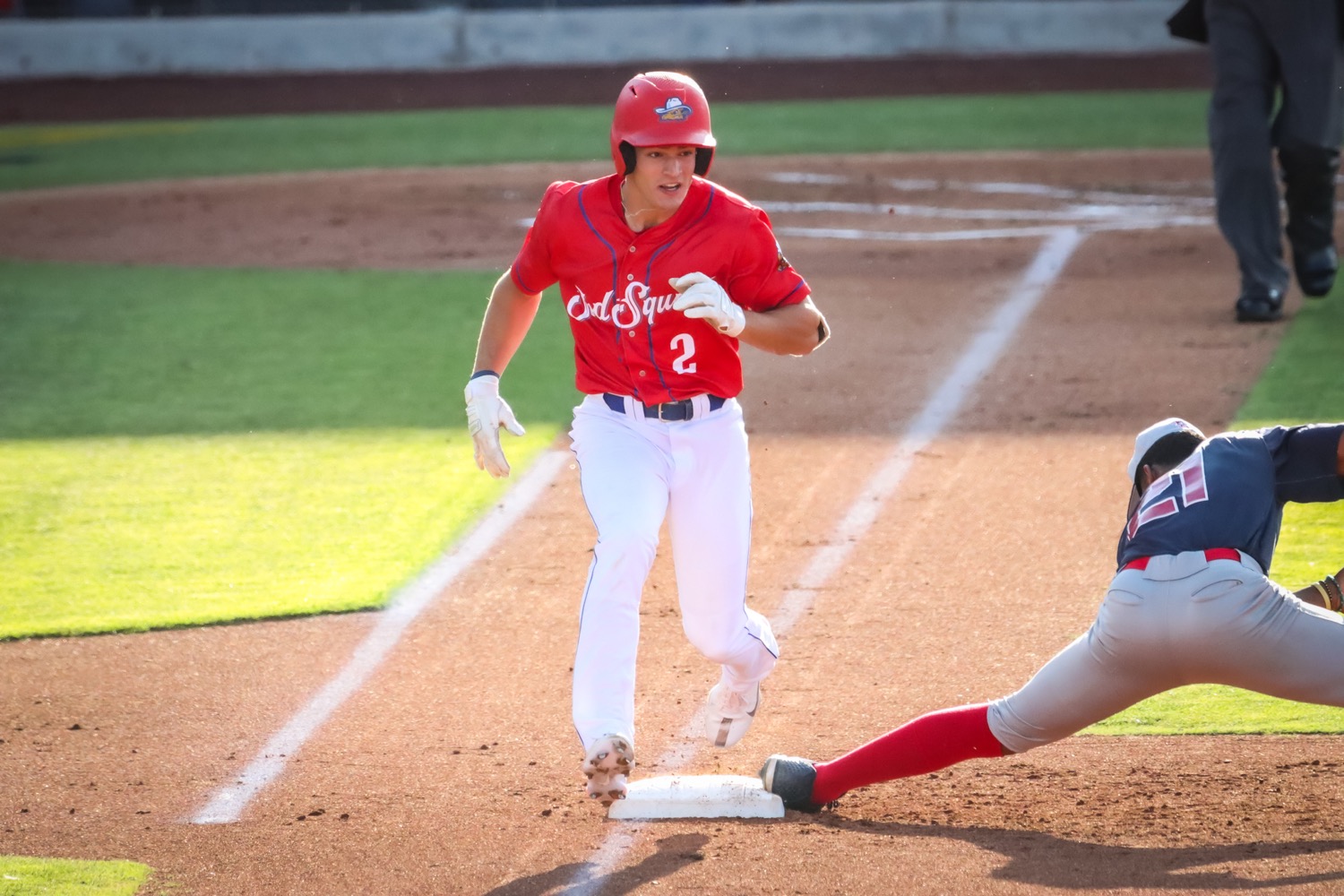 The Amarillo Sod Squad sent fans home happy Saturday night capping off a successful homestand with a 14-3 route of Acadiana at Hodgetown.

The Sod Squad (5-2 overall) went 4-1 for the week, and are currently sitting in second place in the Texas Collegiate League behind San Antonio (7-0).

Hitting the road for the first time this season, the Sod Squad open the start of a two-game series in Brazos Valley at 7 p.m. on Wednesday night.

Amarillo’s Hoss Brewer was named TCL Co-Pitcher of the Week due to his tremendous effort on the rubber. Brewer tossed a combined eight innings with 10 strikeouts, allowing only four hits.

Tascosa graduate Jack Stroud was also a force to be reckoned with through two appearances on the mound. The Florida Atlantic freshman picked up two wins on the week, throwing a combined six innings without allowing a run, while striking out eight between Tuesday and Saturday.

Sod Squad centerfielder, Cody Akers, has been a player to keep an eye on. The Seminole State sophomore flashed the leather with a pair of outstanding plays in center the past week, including a diving snag that earned Akers the Play of the Game on Wednesday night. At the dish, Akers started off hot with five hits in his first 11 at-bats throughout Wednesday and Thursday’s victories, tallying up a total of three RBIs, scoring five times himself.

Van Alstyne native, Samuel Tormos, blasted a three run triple Saturday night to lend a hand in the massive win for Amarillo. Tormos continued to impress after batting a perfect 3-3, and driving in four runs.

The past five games showed that the people in Amarillo are glad to have the TCL back. A total of 11,752 attended the series. The biggest crowd was the 3,064 on Friday as part of the popular Fireworks Night.