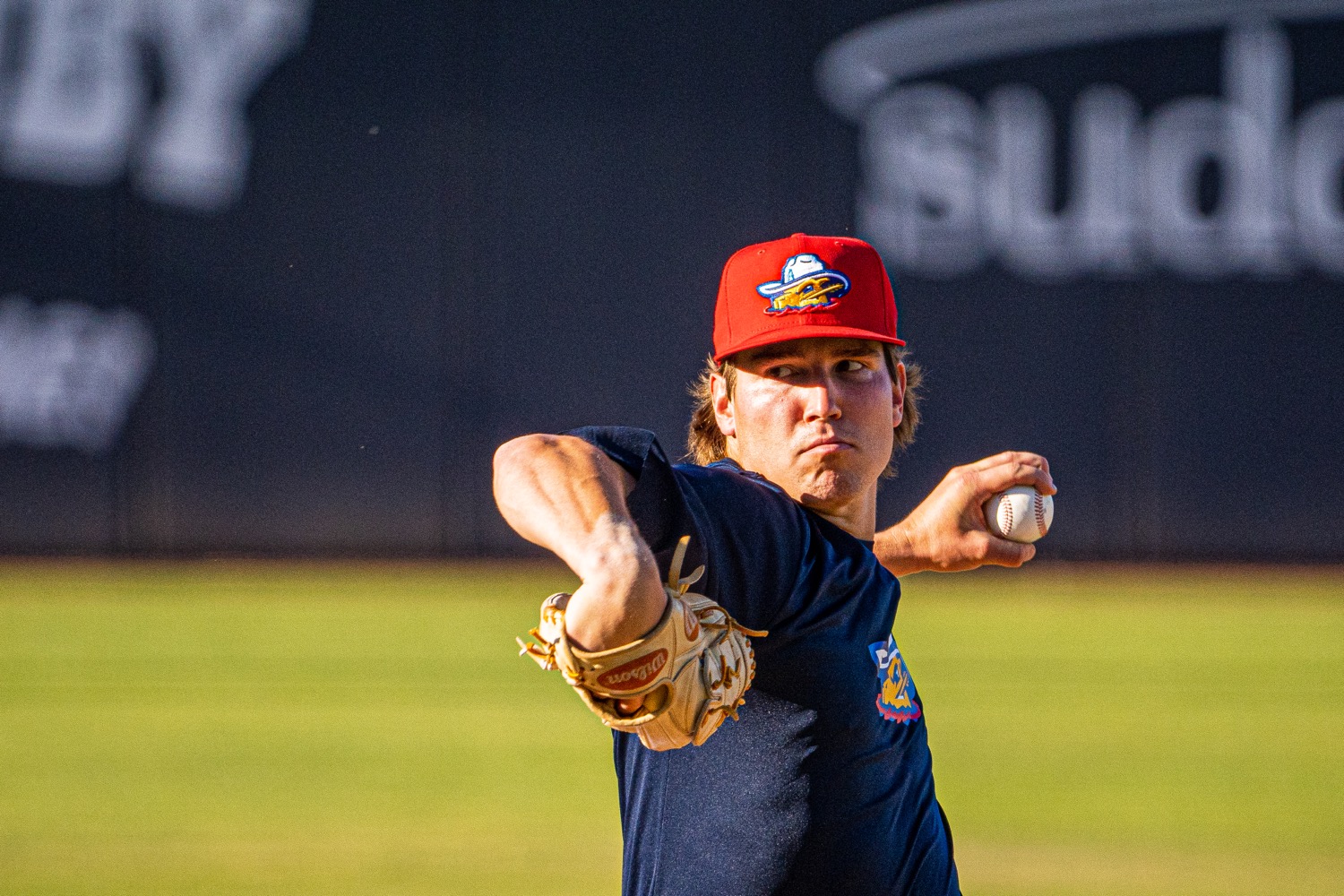 It’s been a long wait and there will be a much different look, but as of Tuesday night, the Amarillo Sod Poodles will officially be back in action.

Following an auspicious 2019 debut in which they won the Texas League championship, which they didn’t get to defend last season due to COVID-19, the Sod Poodles will start business on the field for 2021 when they travel to face the Tulsa Drillers at 7:05 p.m. to open a six-game series.

After a first season as the Class AA affiliate of the San Diego Padres (who were also the team’s parent franchise up through 1982, the last year of affiliated baseball in Amarillo), the Sod Poodles are now the AA farm team for the Arizona Diamondbacks. Regardless, professional baseball is back in Amarillo, although fans will have to wait until May 18 to see the Sod Poodles in town, when they open their home schedule at 7:05 p.m. at Hodgetown against the Midland RockHounds.

“We just can’t wait to get started up in Tulsa with two weeks on the road before we get back up here against Midland,” Sod Poodles manager Shawn Roof said.

It’s appropriate that the Sod Poodles are opening 2021 where they finished 2019, in Tulsa where they rallied to win the Texas League championship. But the cast of characters and the affiliation from two years ago are long gone.

What will be familiar to local fans is Hodgetown, where this year’s version of the Sod Poodles got to work out for a couple of days. Roof quickly recognized how conditions in the generally hitter-friendly park will impact his team at the plate and on the mound.

“Offensively I think our guys are very excited, especially after taking batting practice (over the weekend),” Roof said. “The ball was flying out to all parts of the ballpark. I think a couple of guys hit a couple of balls out there to the parking lot in right-center field.

“It’s a fun ballpark to play. The infield’s cut short and it’s a good offensive park. It’s going to make our pitchers get better as well. They’re going to have to be on their game to get outs and have success here.” 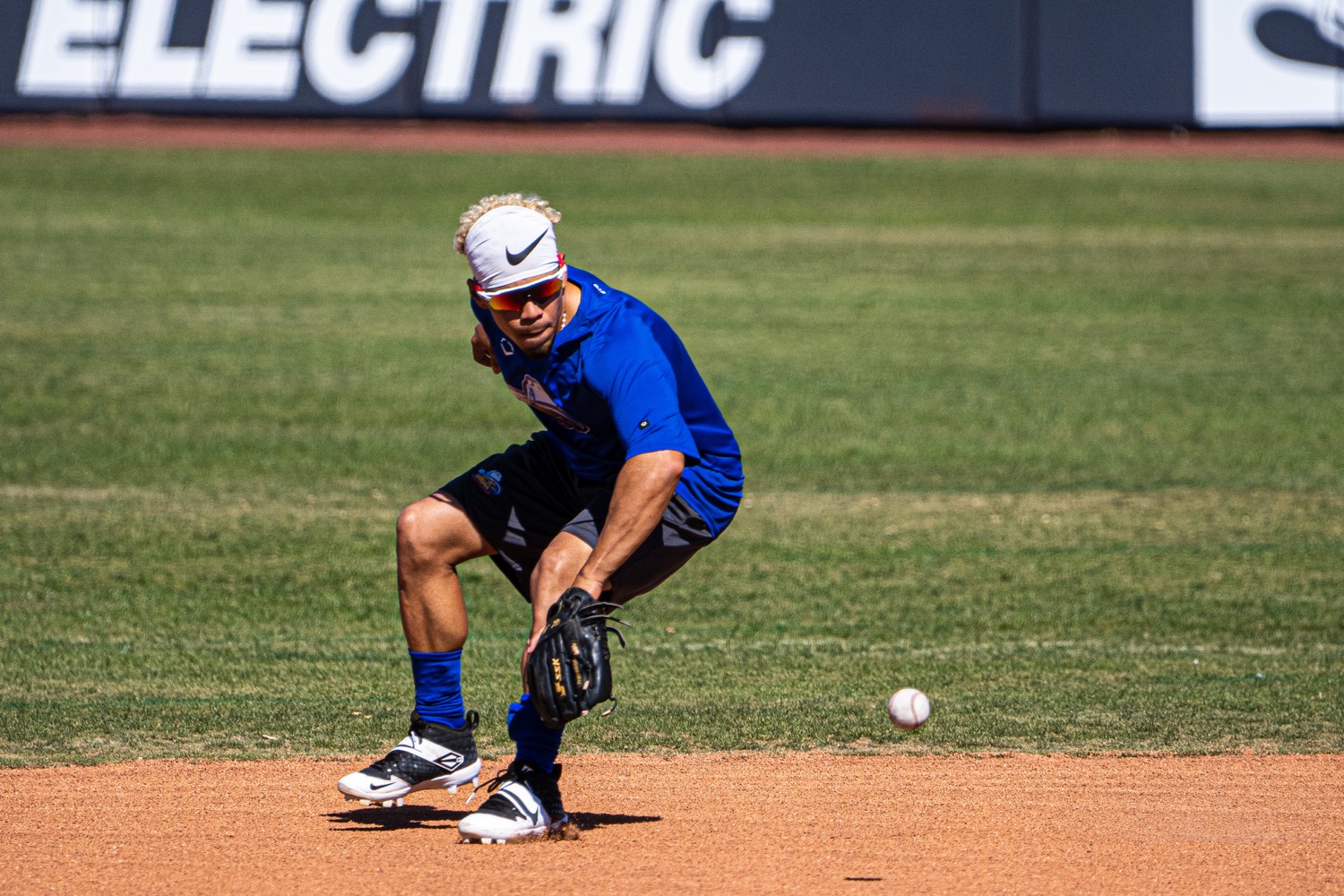 What this team should have in common with the inaugural Sod Poodles outfit is the young talent level. The Sod Poodles will carry six of the Diamondbacks organization’s top 30 prospects into the season.

Switch-hitting shortstop Geraldo Perdomo is rated Arizona’s No. 3 prospect and the best defensive prospect in the organization. He was briefly with the major league club this season and had his first big league hit April 6 at Colorado.

“Perdomo can flat pick it out there at shortstop,” Roof said. “He’s a tremendous infielder who can hit. He’s about 6-3 and he’s really filled out since the last time I saw him in 2019. He’s starting to drive the ball in the gaps more.”

The biggest glut of talent for the Sod Poodles might be gathered in the outfield, as Dominic Fletcher, Jake McCarthy and Alek Thomas were all selected in the first two rounds of the draft.

However, Amarillo fans will have to wait two weeks to see these prospects in the flesh. When they take the field against Midland, it will break a 20-month drought without live pro baseball in town.

“It’s definitely going to be special,” Roof said. “We’ve watched videos and talked to people from the Padres and they just talked about what a great fan base this is. Without having a season last year I think the fan base is going to be probably a little bit more rabid than they were in the past. There’s going to be nerves when we get out here.

“A lot of times you play in these ballparks in different areas there aren’t fans in the stands and you don’t have that buzz in the air. This is going to be kind of like what it is in the big leagues where every single night the place is pretty close to packed. Obviously there’s not going to be as many fans in the stands here as a big league stadium but it’s going to start preparing these guys to know what it’s like to hear that buzz in the crowd.”

For a look at the 2021 Sod Poodles roster and schedule, please visit https://www.milb.com/amarillo