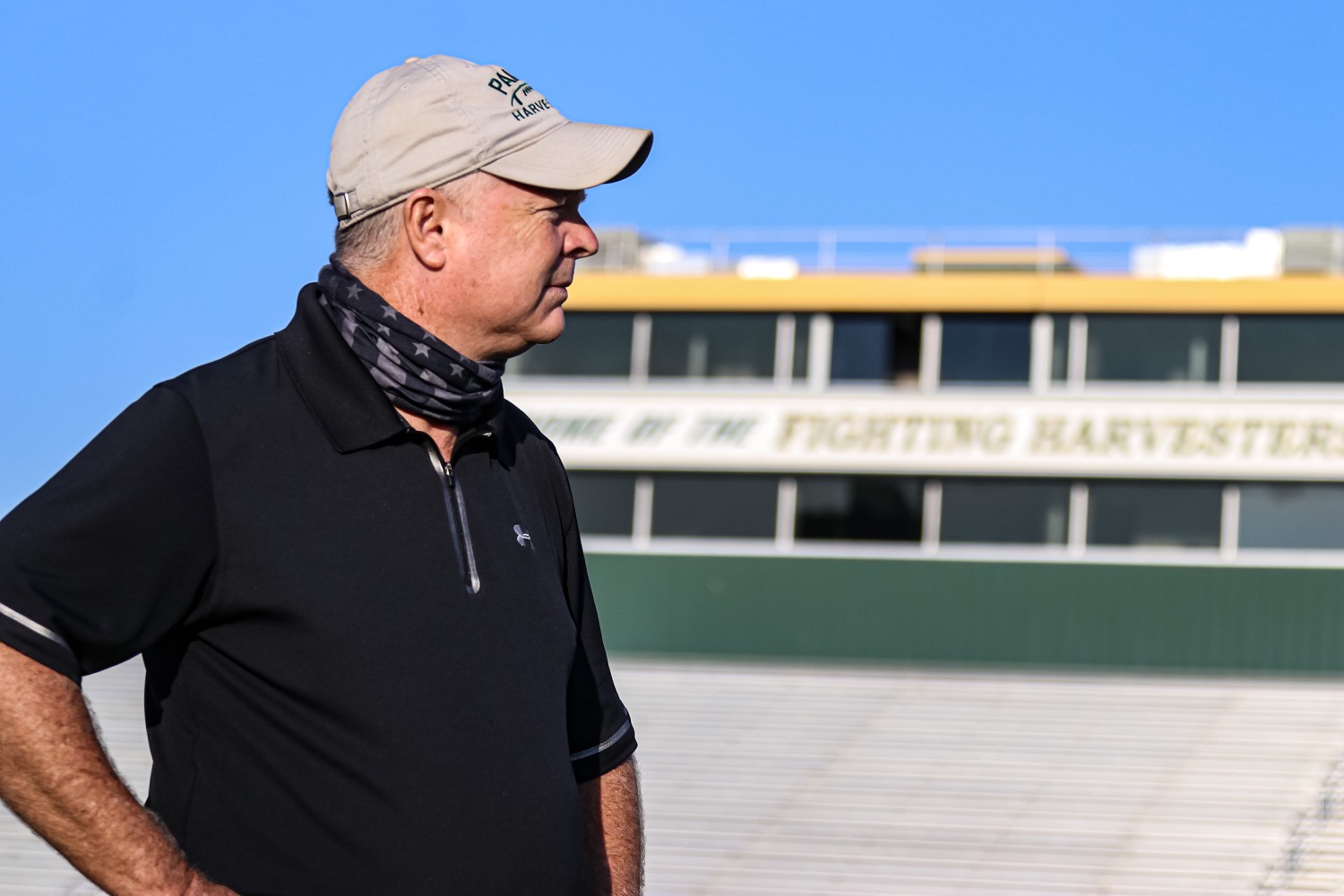 Poynor has spent the last seven seasons as the athletic director and head football coach of the Pampa Harvesters. In an interview with Press Pass Sports Monday morning, Poynor says this was a decision that he didn’t take lightly.

“First off, I’d like to say leaving Pampa is a super hard decision,” Poynor said. “I love Pampa. It’s been seven of the best years of my life, and I truly mean that.

“From the administration, to everyone around, I was accepted quickly to the community. They let me run the program, and I feel this job took my career to a different level. It’s going to be hard to leave and even harder to leave the kids.”

Poynor, 54, resurrected a once proud Harvester program that was 20-52 in seven years prior to his arrival. But in his seven seasons, the always positive Poynor turned Pampa back into its winning ways going 45-35 in his time making six straight playoff appearances that included a 2015 district championship.

“I love to build programs” said Poynor said, who is 72-69 in 13 years overall as a head coach. “I’m proud of what my staff and I built at Pampa. That’s why I’m excited about Seminole. Seminole has great tradition, and it gets me back to my West Texas ties.

“This is a new chapter and I feel with our offense and defense we can do some great things at a place that has a lot of pieces in place to be successful. I also get to work for a state champion superintendent in Kyle Lynch, and it’s a great situation.”

Lynch, a former two-time state champion head football coach at Canadian in 2007-2008, knows what it takes to build a winning culture. Lynch said out of the many applicants and interviews he conducted, Poynor’s passion and positivity makes him the perfect fit to guide the Indians into the future.

“We are very excited to have Poynor to lead our boys’ athletic program,” Lynch said. “His track record of improving programs and taking them to another level of excellence set him apart. He’s going to do a great job leading our Tribe.”