Sandies season comes to an end in UIL state semifinals 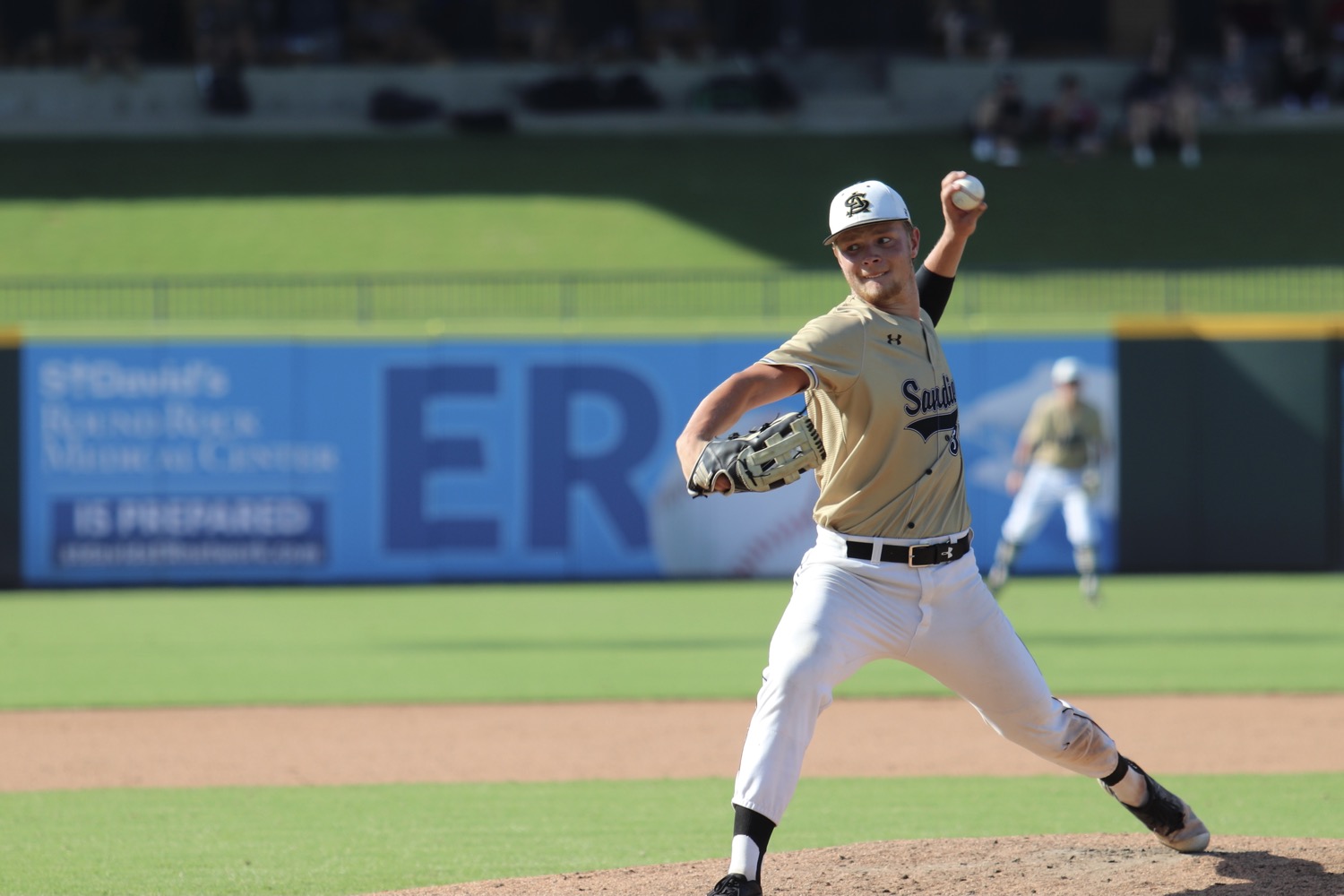 Amarillo High pitcher Tristan Curless delivers a pitch against Barbers Hill during the UIL Class 5A state semifinals at Dell Diamond in Round Rock on Thursday. [Kim Phillips/ For Press Pass Sports]

The Amarillo High Sandies got the big early inning which had become their postseason signature in Thursday afternoon’s Class 5A state semifinal game against Barbers Hill at Round Rock’s Dell Diamond.

However, Barbers Hill was who ended up getting the big late inning and that was the difference. And it’s what kept the Sandies from playing for a state championship this weekend.

Where as five in the first inning in the final two games of last week’s Region I-5A final against Aledo was the magic number to get Amarillo High to state, six is the number which will haunt them the rest of the summer. Barbers Hill put up six runs in the bottom of the sixth to take the lead and held on for a 12-8 victory and a spot in Saturday’s state championship game.

The Sandies jumped out to a 4-0 lead in the top of the first, with a two-run triple by starting pitcher Tristan Curless serving as the big blow. But in a sign of things to come, Barbers Hill (36-8-1) tied it with four in the bottom of the inning, helped by three uncharacteristic Amarillo High errors.

In the bottom of the second, the Eagles briefly claimed a 5-4 lead on Simon Larranga’s RBI single. However, the Sandies reclaimed a 7-5 lead on Jake Maynard’s three-run triple to right-center.

That was about it for the Sandies offensively though. Each team scored a run as Amarillo High carried an 8-6 lead into the bottom of the sixth.

Senior Jacob Ferro relieved Curless in the fifth and got out of a bases-loaded jam with two outs to preserve the lead. But everything fell apart in the sixth.

The first five Barbers Hill batters reached base off Ferro, as Braden Jacobs hit a three-run double to left to make it 10-8 and knock Ferro out of the game.

Sandler Needham relieved and fared no better, giving up a triple to Carson Garrett and a double to Blaine Huntley to give the Eagles some insurance with a 12-8 lead.

Barbers Hill reliever Raithen Malone struck out the side in the seventh to preserve the win. Brent Holdren threw three innings of relief for the win.

Maynard, who will be playing at TCU next year, finished his high school career with a three-hit game. Sophomore Jett Johnston, who got the final three outs on the mound for the Sandies, had three hits and drove in two runs.