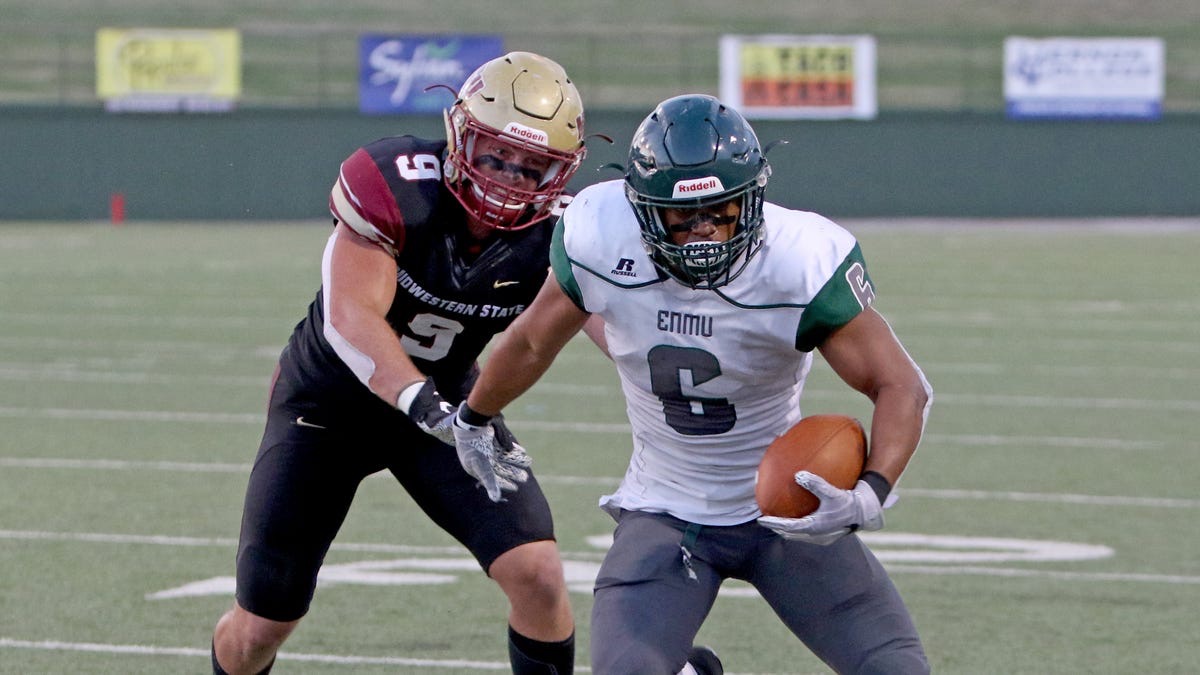 “Paul Terry on the carry”.

That’s a call Eastern New Mexico fans have accustom to over the past couple of years by public address announcer, Jack Willis.

This season alone, there’s no doubt fans have heard that catchy phrase at least 100 plus times as the bruising fullback has become coach Kelley Lee’s go to back in a run-heavy Greyhounds offense.

Terry, a Randall graduate and ENMU senior, has shouldered the load for one of the top ground games in all of Division II. Through 10 games in 2019, Terry leads the Lone Star Conference in carries with a school-record 252, and has already broken the Greyhounds single-season rushing record with 1,681 yards.

“In two games he has had at least 40 carries,” said Lee, who helped recruit Terry to ENMU. “He doesnt come out of the game much, and we don’t rotate much at his spot. The fact he plays all those games and gets stronger during the game shows his offseason work paying off.”

Terry’s journey through the Greyhounds program hasn’t been as smooth as his senior season is letting on. The 5-foot-9, 200 pound Terry has had to paid his dues through four years.

As a freshman and sophomore, he had to earn playing time in a role position, totaling 654 yards those first two years with five total touchdowns.

In the starting role last season as a junior, he rushed for 989 yards with 10 touchdowns, but felt like he left a lot of yards on the field.

“I was able to contribute last year in my role,” Terry said “I had big shoes to fill and I don’t feel I played my best football and there was more I could have done. Now as a senior, I feel I’m proving myself and the hard work is paying off. I’m happy to be where im at.”

“He had a pretty good junior year but we knew how good he could be,” Lee said. “There were times he’d hesitate and question himself. But what’s great about Paul is he watches so much film, and is always learning. This year he makes the decision to just go and doesn’t hesitate. He trusted his judgement and he’s been really coachable.” 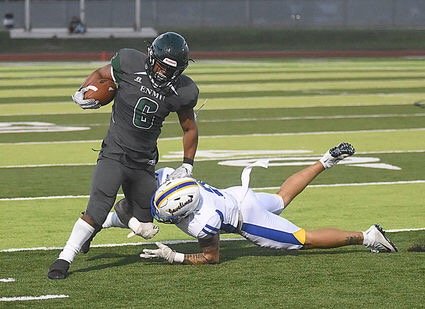 Terry runs for big yards before being brought down by a Texas A&M-Kingsville defender during an LSC contest earlier this year. [Provided by ENMU athletics]

With possibly one game left in his career coming Saturday at Western Oregon, Terry can leave ENMU fans with a lasting memory they won’t soon be forgotten. In a record-breaking performance on Senior night last Saturday against Angelo State.

Terry, the reigning LSC Offensive Player of the Week, was flat out unstoppable against the then No. 21-ranked Rams. ENMU came-from-behind to claim a thrilling 20-17 overtime victory, with Terry playing a major factor. In his last game on Al Whitehead Field at Greyhound Stadium, Terry touched the ball 40 times for a career-high 233 yards, including a touchdown.

“We all wanted that game so bad,” said Terry, who has rushed for 3,334 yards with 25 career touchdowns. “It was a great feeling, and we couldn’t have asked for a better way to go out at home.”

As for how Terry’s looked at by his teammates and coaches, he’s worked himself into a leader by earning a captains spot this season. Lee isn’t shy about saying, Terry is a program player, one coaches look for when on the road recruiting.

“He’s a great young man on and off the field,” Lee said. “He’s a good role model and does what he’s suppose to. He coaches up other guys, he’s lives in the film room and he knows everything we do inside and out.”

Saturday’s game at Western Oregon will be the 42nd game of Terry’s career.