Return to the top: Jake Maynard comes back from ACL injury to spark Amarillo High’s offense 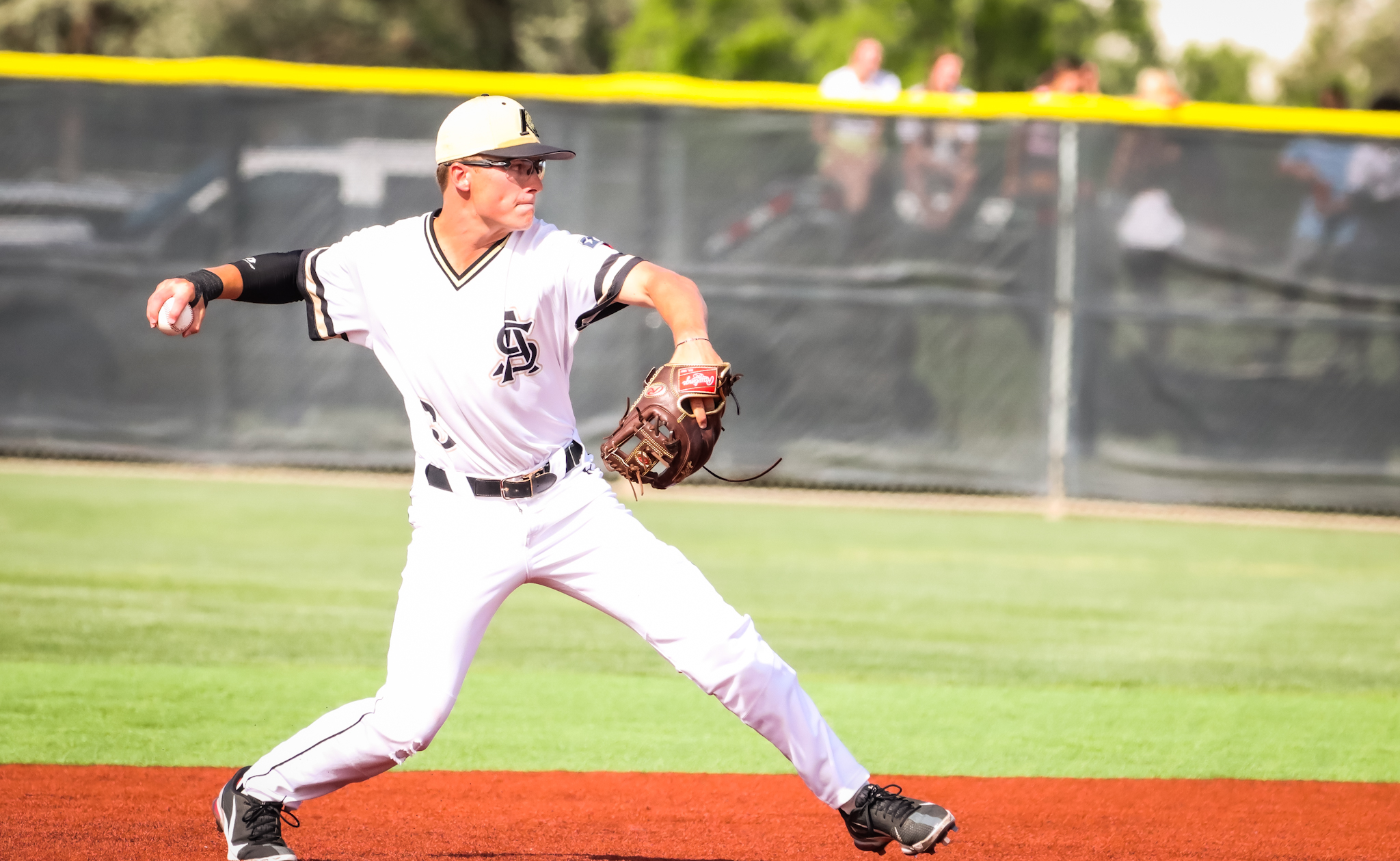 As the 2020-21 school academic year comes to an end, Jake Maynard and the Amarillo High Sandies are just happy that the athletic year is still going.

After all, they both were expecting to still be playing through Memorial Day weekend, as for the fifth straight full season, the No. 6 Sandies are in the region semifinals, taking on Birdville in the first game of a Class 5A region semifinal series Friday at 5 p.m. at Texas Tech. They expected to be taking this ride with Maynard, who has signed to play at TCU, batting leadoff and playing shortstop.

The catch is, Maynard has only recently jumped on the wagon.

That’s because he was unavailable for more than half the season thanks to a torn left ACL he suffered early in the football season. But now he’s in it for the duration.

“We’re used to being successful and going this far in the playoffs,” said Maynard, who started for the Sandies as a sophomore and was on the team last season before COVID-19 put a halt to all athletic activity. “I trusted (teammates) to get me here even if I didn’t get to play a district game. If I made it back for playoffs I knew they’d put us in a good spot to be successful.

“Things didn’t happen like I thought, but God’s always good and he treats me well. I’m just happy to be here.”

Maynard’s Amarillo High teammates and coaches are also happy he’s around as well. As it turns out, Maynard hasn’t just joined the bandwagon as it’s cruised along, he’s occasionally taken the wheel.

In last week’s region quarterfinal series against No. 2 Lubbock Cooper, Maynard set the tone for the Sandies to complete a series sweep in game two. He led off the contest with an opposite field triple to right field and scored the first run of the game on a wild pitch. Maynard pretty much repeated that feat in the fourth inning, tripling home his twin brother Will then scoring on another wild pitch as Amarillo High cruised to a 7-1 victory.

The Sandies, who are 29-8 and went 14-1 in winning District 3-5A, weren’t having trouble scoring, but Jake Maynard’s arrival has made them that much more lethal at the plate.

“He does a lot of different things really well,” AHS coach Randon Johnson said of Maynard.” He has a great approach at the plate. His speed really starts things out there. You can’t ask for more than that, and he brings some power now. It’s just kind of pushed everybody else back and it makes our lineup a little more potent.”

Since returning to the Amarillo High lineup, Maynard’s impact has been obvious. He’s hitting .372 and scored 23 runs in only 14 games since rejoining the team for the final six district games of the season.

Most impressively, though, Maynard leads the Sandies with 19 stolen bases despite playing in so few games, passing teammates Davien Berry and twin brother Will for the team lead.

Those numbers back up the decision to stick Maynard back in the leadoff spot. He’s felt a responsibility to live up to that faith in him.

“That was a huge deal for me that they had that much confidence in me to give me that chance to compete before like I didn’t miss a step,” Maynard said. “That was huge for me.”

In the seven months between his injury in a football game at Midland High and his return to the starting lineup on the baseball field, there were plenty of questions about how Maynard would respond when he came back. Some of those questions were raised by Maynard himself.

“There was actually a lot of doubt,” Maynard admits. “Initially the doctor said he was kind of pushing for the summer to see if I could get back for some summer ball but my whole goal ever since the injury happened was to come back for district play and try to be there for the playoffs and finish out my high school career strong.”

In perhaps the ultimate coincidence, in the same game where Jake Maynard tore his ACL as a defensive back in Midland, Will, playing quarterback, broke his collarbone. The twins were connected by more than DNA at that point. 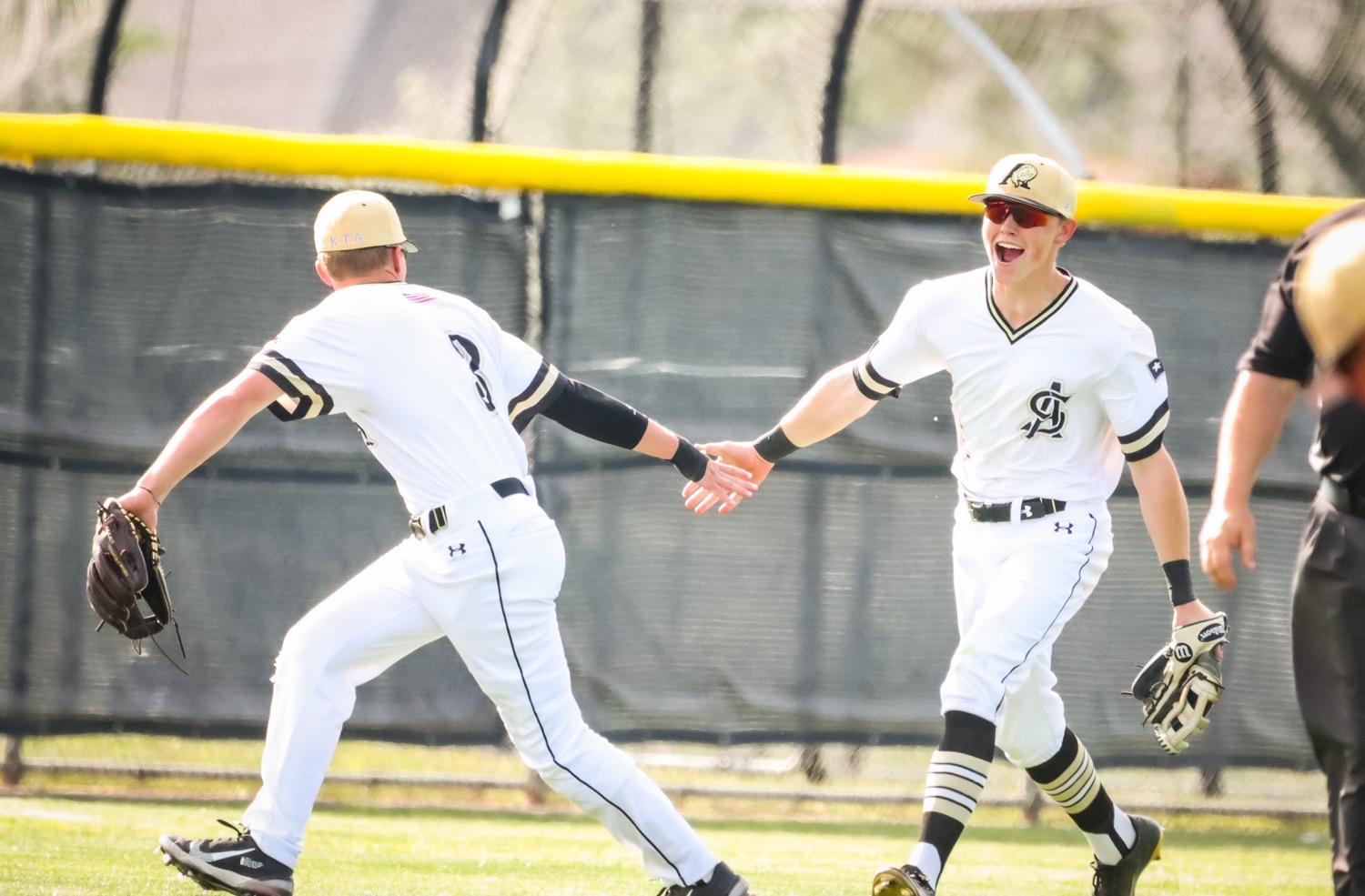 Will’s injury was the less serious of the two, and he actually returned to the football team before the end of the season. He’s also been Amarillo High’s starting left fielder from the start of the season.

If there’s anybody who knows exactly what Jake was going through, it’s Will.

Will got through his rehab more quickly and has been able to play a full senior season of baseball. Jake knew that wasn’t going to be possible for him.

Still, it was encouraging that TCU remained committed to its scholarship to Jake, who signed in November. He’ll be joining older brother Rhett in Fort Worth next fall.

That inspired him to finish his high school career on the field and not in the stands.

“It was probably about halfway through district play whenever I started getting out here and doing some more things like sprinting and moving around a lot better,” Maynard said. “I got my appointment moved up and thought I could get out here and compete a little bit.”

Will had to make as big an adjustment to life on the diamond without Jake as anybody.

“It was weird because I’d never played in a baseball game without Jake until the start of this year,” Will said. “You could tell we obviously missed him, not on the field but off the field also. He’s a big leader in the dugout.”

While the Sandies weren’t exactly struggling without Jake Maynard, they’ve obviously become a more complete team with him. Not only has his presence given them more speed offensively, he’s anchored the team in the infield defensively, giving Amarillo High’s pitchers more confidence to throw strikes.

Maynard’s production at the leadoff spot also shows that it literally starts with him.

“We’ve tinkered around with that spot all year up to that point when (Maynard) came back,” Johnson said. “He’s got a lot of experience doing it. It’s pretty natural for him.”

Perhaps that’s why it seems as if Maynard hasn’t missed a beat since returning. He has a legacy to maintain and continue at Amarillo High and away from it, so not putting on a Sandie uniform again wasn’t on the agenda.

And Maynard and the Sandies are back where they were expected to be.