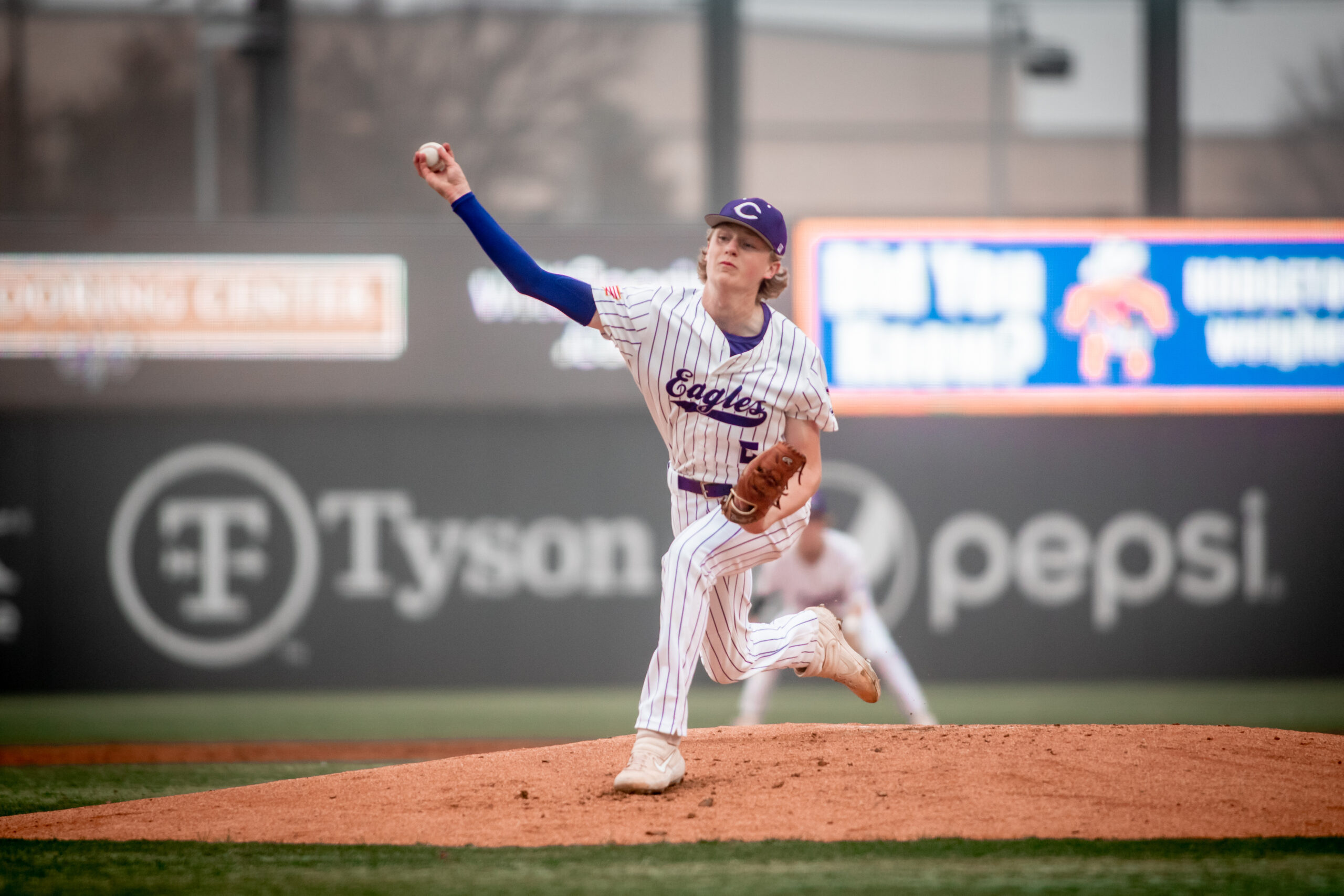 Canyon senior pitcher Ryan McAffrey delivers a pitch against Amarillo High at Hodgetown on Friday as part of the annual Randy Keller Tournament. [Trevor Fleeman/ Press Pass Sports]On a week where high school basketball in the area officially ended, the baseball season had its unofficial start, and both involved strong showings from Canyon.

While the Canyon Lady Eagles were busy winning their 20th state basketball championship Thursday afternoon, the Canyon baseball team opened Amarillo ISD’s Randy Keller Memorial Baseball Tournament with a 6-1 loss to tournament co-host Tascosa. But after that, Canyon was just as successful on the diamond as the Lady Eagles were on the hardwood.

Canyon closed the Keller with four straight victories, highlighted by two straight victories over Amarillo High at Hodgetown to finish the tournament 4-1. The Eagles beat the Sandies 6-4 on Friday, then on Saturday, concluded things with a 10-7 win.

Friday’s game was a tight one, with Canyon (13-3) breaking things open by scoring four runs in the fourth inning to take a 6-1 lead. Ryan McAffery was the winning pitcher for the Eagles, striking out 10.

Saturday’s finale was more of a slugfest. Canyon took a 3-0 lead in the top of the first on Catch Brown’s three-run triple, but Amarillo High battled back and the game was tied 7-7 after four innings.

Tascosa was 3-0 in the tournament, but had Saturday’s scheduled game against Dumas wiped out due to weather.