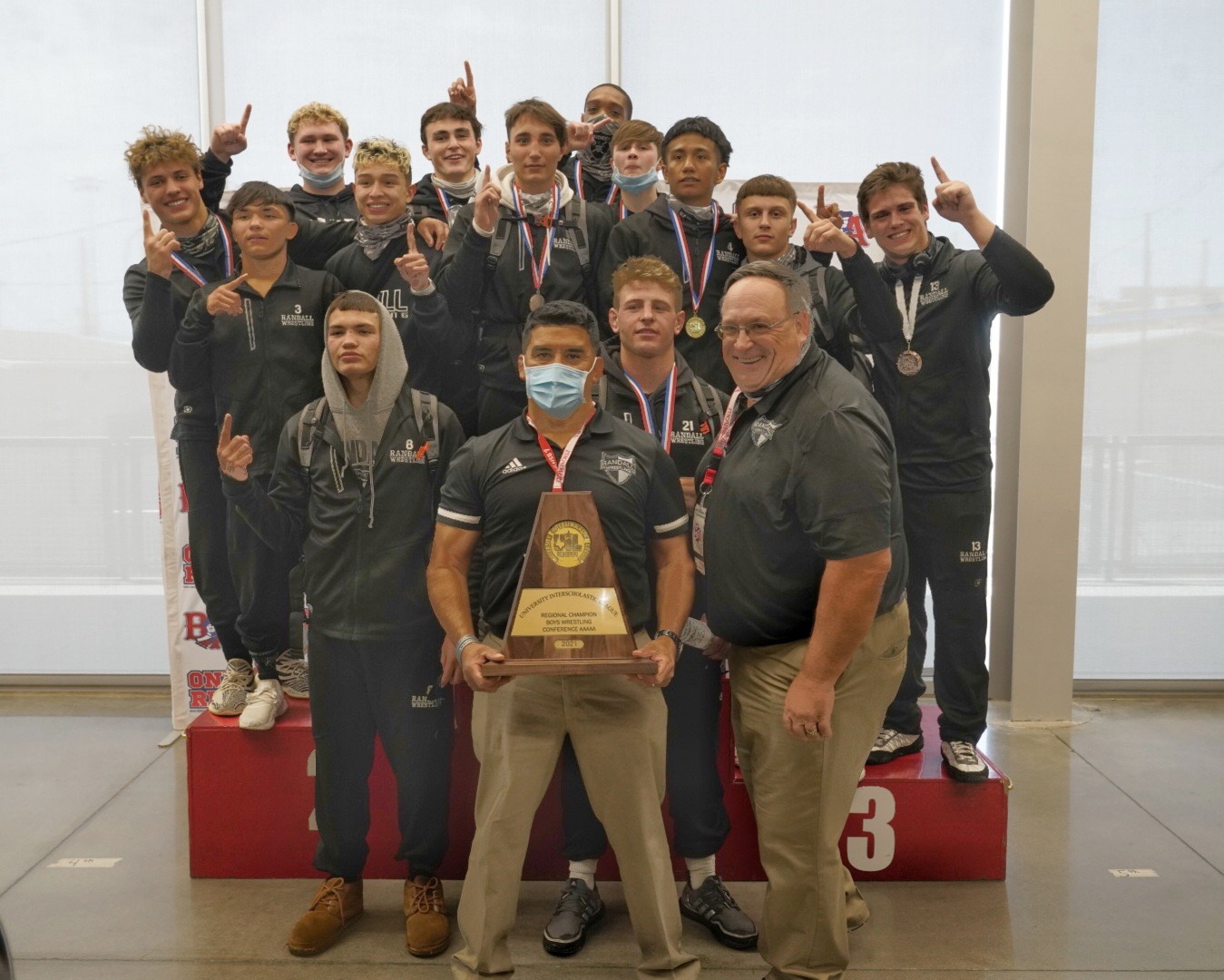 A total of 24 wrestlers from District 3-5A qualified for the UIL Class 5A state wrestling championships set for next Friday and Saturday at the Berry Center in Cypress.

The defending state champion Randall boys were powerful claiming the team title for a second year in a row with 236 points, qualifying an Amarillo-area best 10 wrestlers to state with five competitors coming away with regional championships.

“It was a great day,” Randall wrestling coach David Quirino said. “We had to overcome some adversity with injuries and some losses but we rose to the challenge, and our guys competed well. It’s nice to have 10 qualifiers headed to state. It was a tremendous day.”

As expected, Raiders senior and Northern Colorado signee Branson Britten. Just like he did at district last week, Britten (26-0 overall) didn’t waste anytime taking care of Dumas’ Cannon Speck scoring a pin-fall at the 1:11 mark of the match.

Britten was on the back end of three straight wins in three different weight classes for Randall. Malaiki Owens (23-3) defeated Juan Romero of Dumas by a 9-4 decision to earn gold in the 152 pound weight division, followed by Kale Farrington’s (23-2) victory over Amarillo High’s Alex Diaz by a 6-1 decision during the 160 pound division.

Joining Britten, Owens and Farrington as regional champions were Ashton Bennert (22-1) who edged past Alan Rodriguez of El Paso Hanks in an extremely competitive 2-0 count, and Andres Mendoza (25-1) in the 126 pound class by nabbing a 4-0 decision against Caprock’s Nathaniel Ruiz. 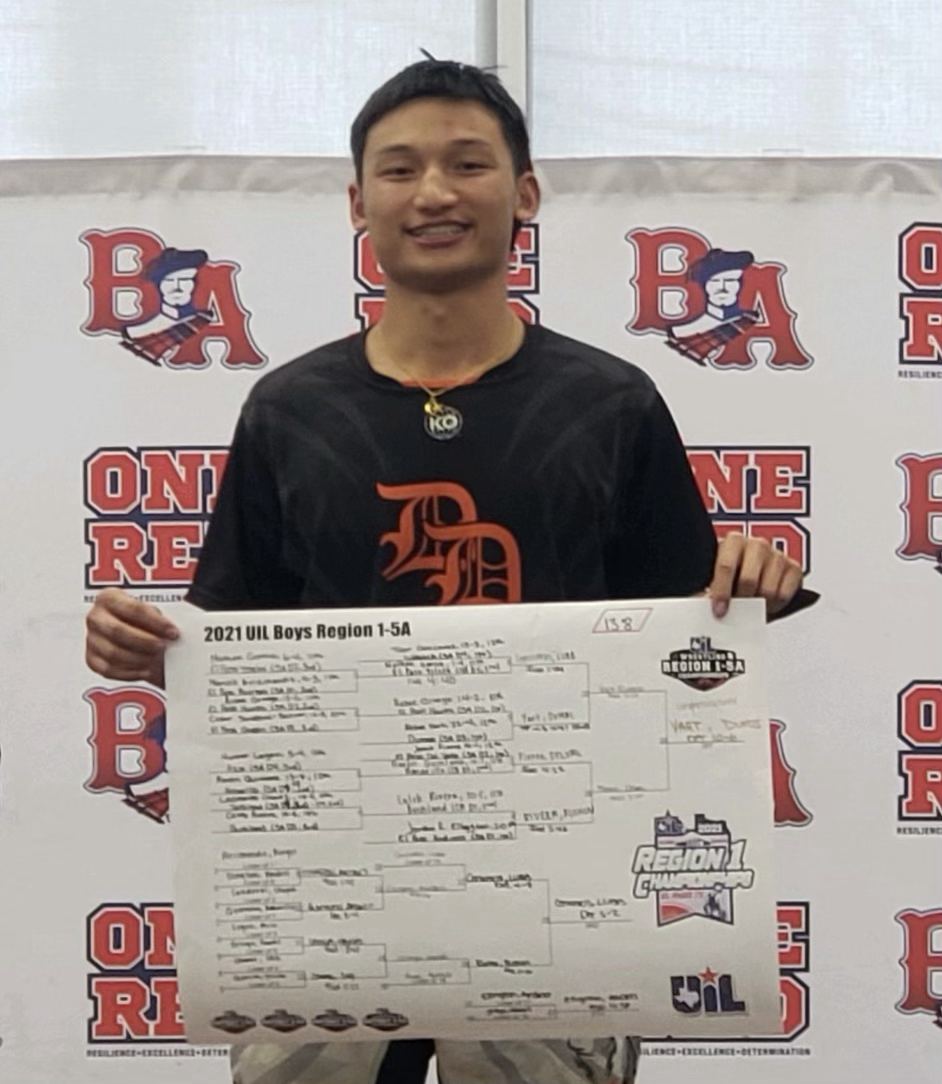 Not to be outdone on the day was the Dumas Demons. Dumas pushed Randall scoring 181 points, advancing seven wrestlers to the state meet with four total regional champions.

Senior and West Texas A&M football signee Ahlee Yart (25-4), a state runner-up last year, claimed gold in the 138 weight class dominating El Paso Del Valle’s Jesus Fierro in a 12-2 decision. Robert Ruiz (25-2) opened the championship round for the Demons punching his ticket to state at the 132 pound division by getting a pin fall of Randall’s Jesse Perea at the 2:56 mark.

Later in the meet it was Diego Falcon (29-2) becoming Dumas’ third qualifier when he beat Vernon’s Andrew Czelusta by a fall at 5:50, and in the big boy division, Karlo Sanchez (21-1) had no issue pinning

Fernando Villa of Clint Horizon 3:34 into the match to win regional at the 220 pound division.