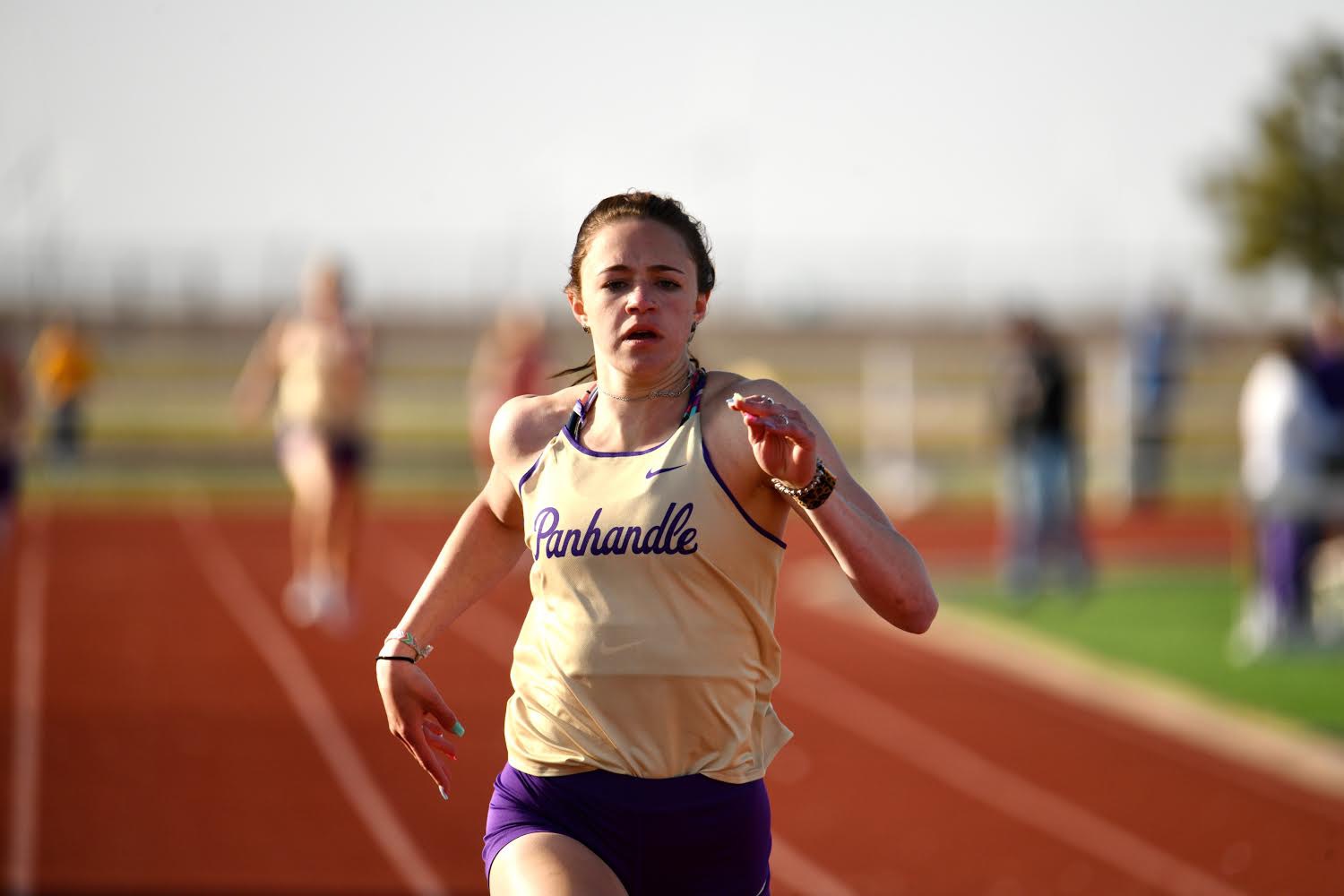 Panhandle’s Macklynn Land set a new personal-best in the 400 meter run by blazing a 55.36 during Thursday’s District 2-2A Track and Field Meet in Panhandle. [Tucker Stroud/ Press Pass Sports]

Individual performances on top of both Panhandle teams dominating the District 2-2A Track meet was the high point Wednesday and Thursday at Panthers Stadium in Panhandle.

The Panhandle boys tallied 201 points to take the district crown, while the Panhandle girls ran away with a district championship totaling 237 points.

Ettes senior Mason Jones and junior Macklynn Land earned multiple trips to the medal stand in the girls meet. Jones had a superb afternoon claiming two gold medals as a part of the 400 meter relay (49.24), and the 800 meter relay (1:49.08). The Press Pass Sports Girls Basketball player of the Year also ran a season-best 26.62 to win the 200 meter race, while getting a victory in the high jump clearing 4-10.

Land, who put on a show at the Amarillo Relays Meet of Champions last Saturday, followed that effort setting a new personal-best to win the 400 meter run blazing a 55.37. That’s the top time in not only in all of Class 2A statewide, but stretches all the way to the best time in Class 4A. 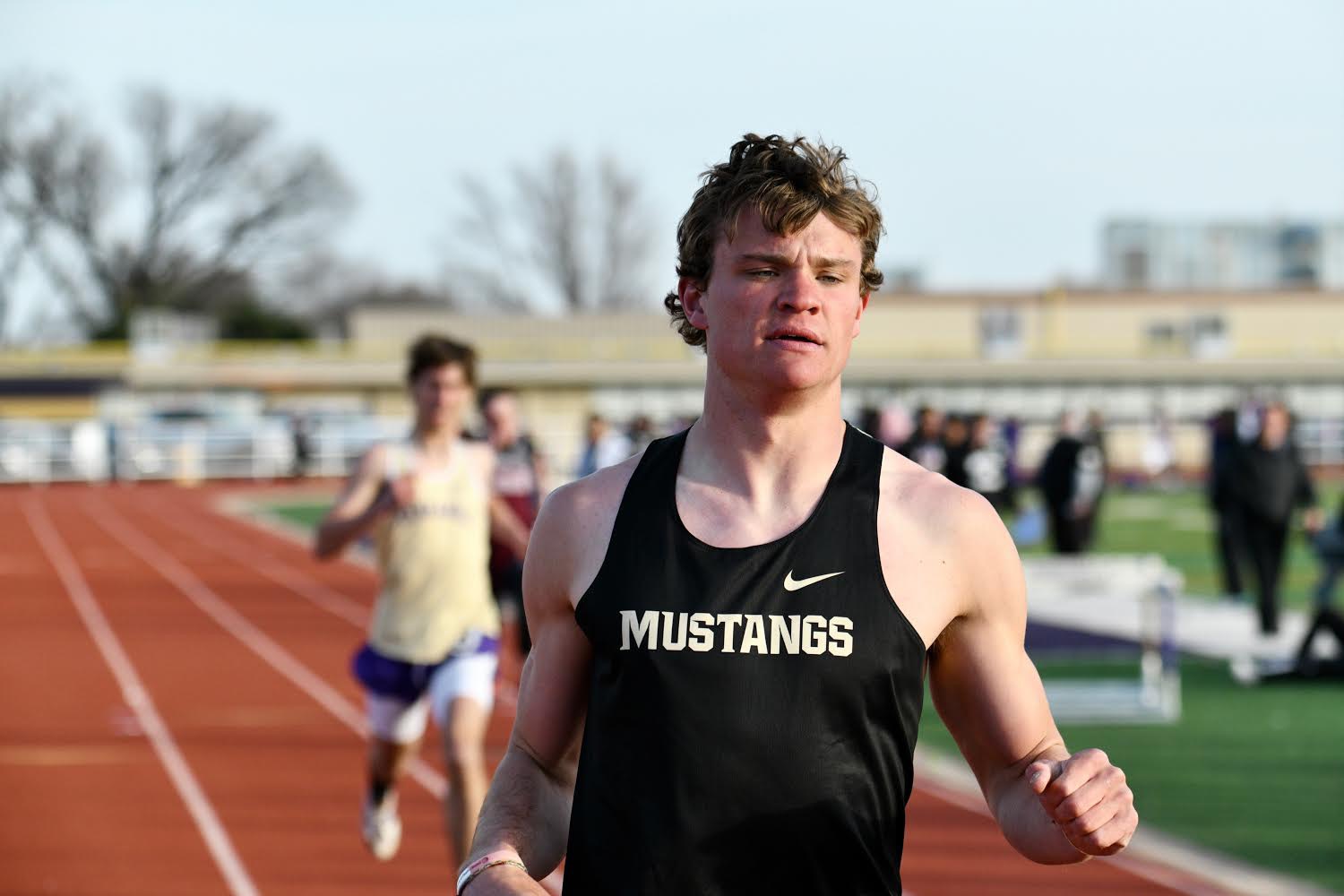 On the boys side, Wheeler’s Hesston Marshall continued his stellar season racking up 41 of the Mustangs 134 team points.

Marshall took gold in the long jump with a 21-11 1/2, earned a point thanks to a sixth place finish in his first appearance in the shot put event all year, however, it was on the track where Marshall stole the show.

For a look at full results from the District 2-2A Track and Field Meet, please visit https://www.athletic.net/TrackAndField/meet/419813/results