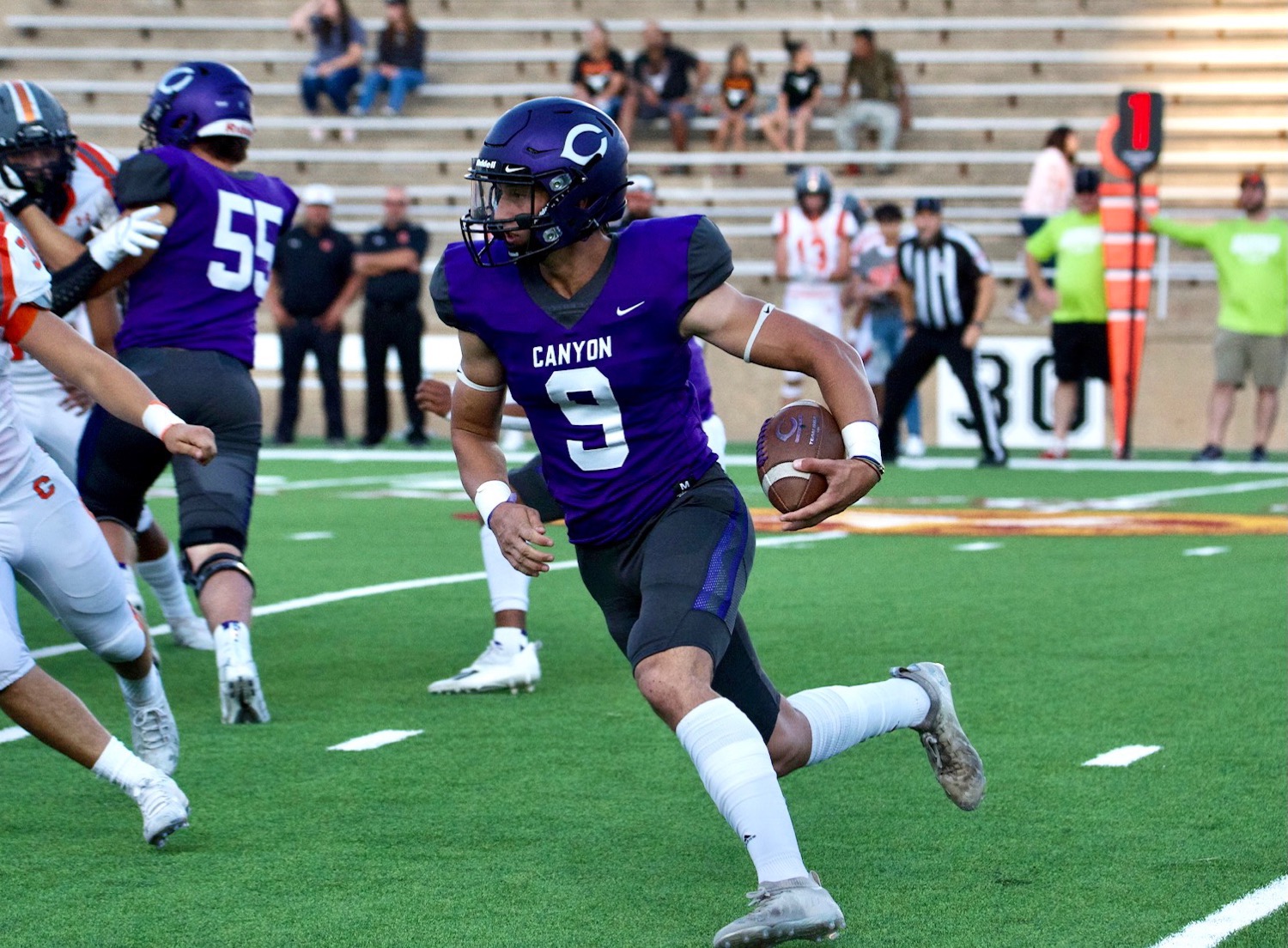 Canyon used a balanced offense to get by Caprock 30-20 at Happy State Stadium.

Quarterback Derrek Clements continued to show growth behind center for Canyon (3-1), completing 16-of-25 passes for 212 yards and two touchdowns with no interceptions. His favorite target was Parker Cunningham, who had six catches for 100 yards and a touchdown.

Dario Bressler led the Eagles with 130 yards and two touchdowns on 17 carries. He also caught a 66-yard scoring pass from Clements.

Bowen Davis made his first start at quarterback for Caprock (1-3) and had a respectable game, completing 19-of-35 for 218 yards. Kobi Hill had a big game catching the ball, with six receptions for a game-high 125 yards.

Pampa pulled out the most significant win so far for first-year coach Cody Robinson, as the Harvesters rallied from a 21-point deficit with a huge fourth quarter to beat Randall 29-28 at Harvester Field.

Randall led 28-7 going into the fourth quarter before Pampa (3-1) mounted a huge comeback. Cornelius Landers, who ran for 111 yards on 18 carries, scored two of his three touchdowns for the Harvesters, and after the last one they converted a two-point conversion to cut Randall’s lead to 28-22.

Pampa then forced a punt and got the ball back with over two minutes to play. With 33 seconds left, Sam Anguiano hit Jordan Lacy on a 38-yard scoring pass (Lacy’s only catch of the game) and the Harvesters kicked the extra point to take the lead for the first and only time in the game.

Randall fell to 2-2 on the season and now has two straight losses. 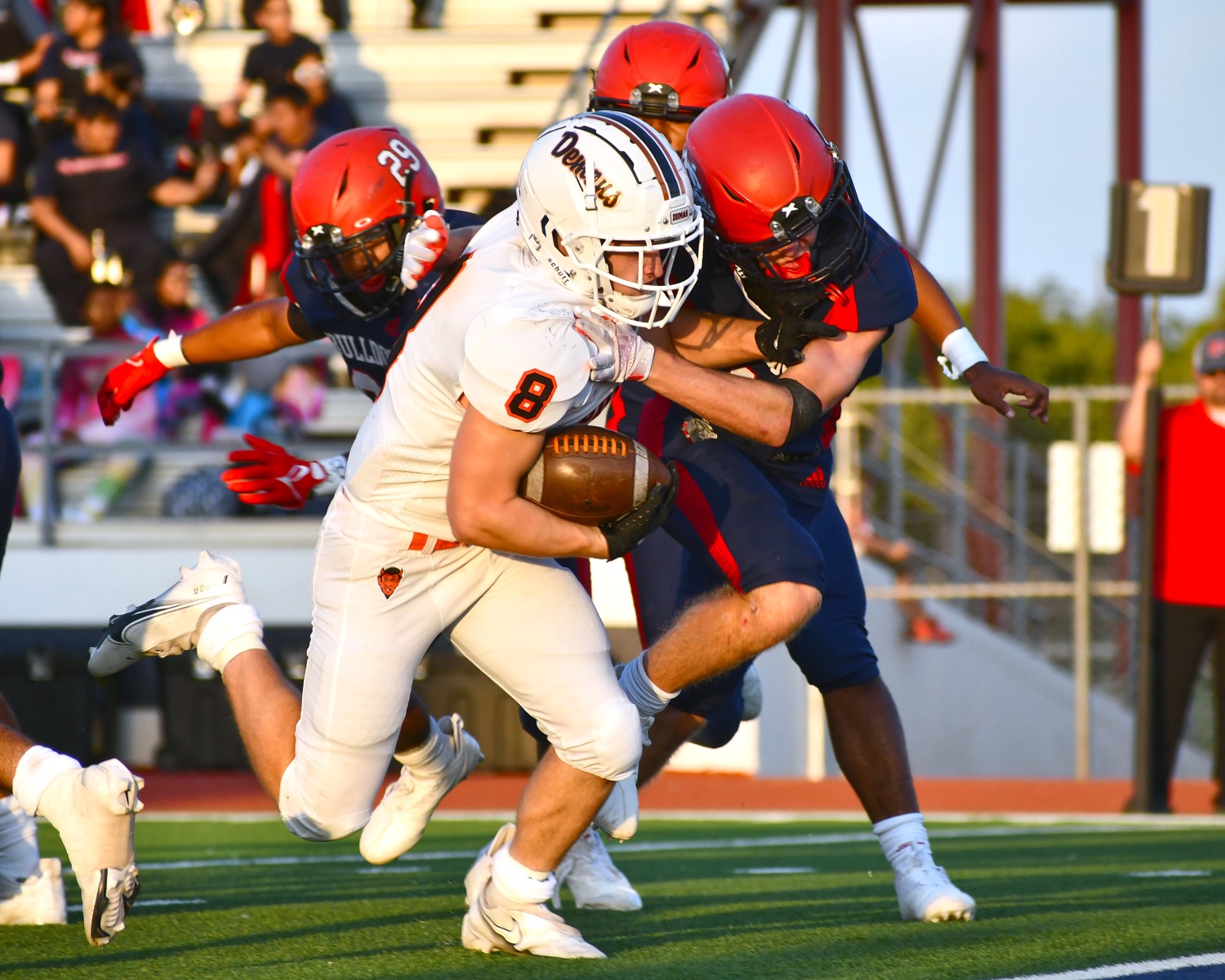 Dumas dominated in nearly every fashion imaginable, jumping on Plainview early and not letting up in rolling to a 48-14 victory on the road.

Grayson McCurley led the Dumas passing attack by completing 11-of-15 passes for 165 yards and two touchdowns as his favorite target was Victor Chavez, who had six catches for 117 yards and a touchdown. James Bednorz ran for 134 yards and three touchdowns on 16 carries. 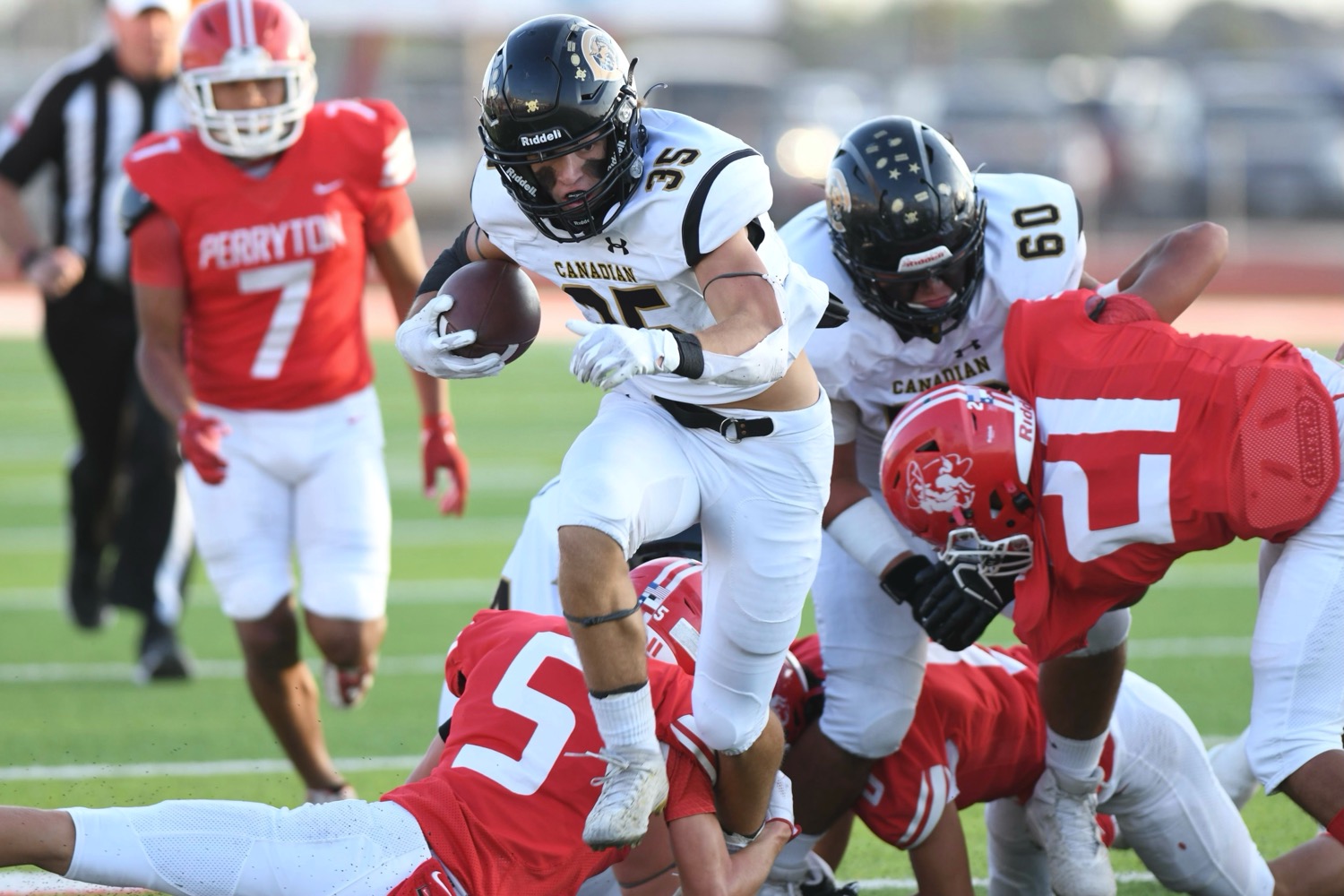 The Canadian Wildcats were able to block the memory of last week’s gut-wrenching loss to Bushland out with a stellar offensive showing during a 51-28 victory at rival Perryton on Friday at Rangers Stadium.

The No. 5-ranked Wildcats close out the non-district portion of the schedule at 3-1 overall as they enter a bye week.

Canadian head coach Chris Koetting’s offense was a juggernaut as the Wildcats led by double-digits throughout, and racked up 557 total yards against the Rangers defense. Running Luke Flowers provided the spark as the sophomore went for 225 yards on the ground with two touchdowns, one of those for 59-yards. Flowers also snagged six catches out of the backfield for another 46 yards. If it wasn’t Flowers, the connection of Camren Cavalier to receiver Trace Mitchell doing damage. Cavalier hit Mitchell nine times for a career-high 131 yards with a touchdown. Cavalier ended his night going 19-of-31 for 231 yards and a pair of scores, and ran for a 20-yard TD.

Perryton did have its moments offensively breaking many big runs. The Rangers totaled 491 yards of offense, 378 of which were rushing yards.

Isaias Dominguez ran the ball 16 times for a team-high 94 yards with a touchdown. Tad Pshigoda had a 74-yard scamper for a score and finished with 116 yards rushing on only two carries.