Orediggers rally in second half to spoil Buffs upset bid 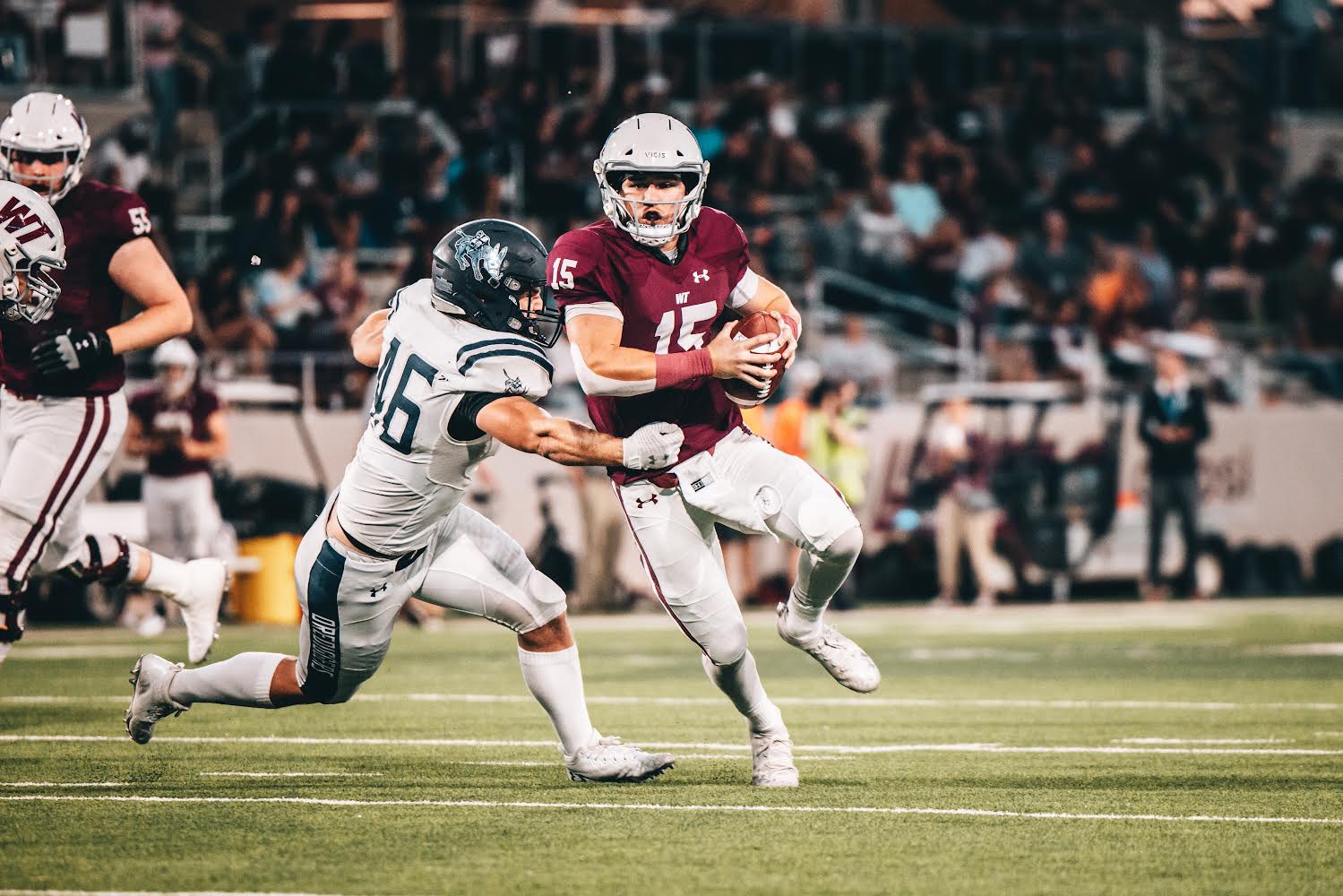 It was looking good for West Texas A&M.

The Buffs had a 13-point halftime lead, the defense was playing lights out, and then, a switch flipped for Colorado Mines.

The No. 5-ranked Orediggers swung the momentum in a heartbeat early in the third quarter, capitalizing on miscues that spoiled a sure Buffs victory, as Mines escaped Buffaloes Stadium with a 21-13 win leaving WT and announced crowd of 7,398 fans stunned on Saturday night.

It was a tale of two halves for the Buffs, who fall to 2-2 overall. Mines remains unbeaten at 4-0.

The first half couldn’t have been scripted any better for coach Hunter Hughes and his team. After holding Mines to a 3-and-out on the opening possession of the game, the WT offense went right to work. Taking over at the 50-yard line quarterback Nick Gerber delivered a strike to receiver Nick Kaufman for a touchdown that gave the Buffs a 7-0 lead nine seconds in.

Shockingly, that was WT’s lone touchdown of the contest. WT tacked on two Gage Urias field goals to push the advantage to 13-0 by halftime.

The Buff defense came out with high intensity, shutting the Orediggers down and cornerback Tobias Harris stopped a drive with an interception late in the second quarter.

But the second half was a different story.

WT opened the third quarter facing a 4th and 1 at the Mines 39-yard line. Hughes rolled the dice and went for it, but running back Marcus Lindsey was stuffed inches short by the Orediggers defensive line. Mines took over possession, and took over the game from that point forward. Quarterback John Matocha led a 61-yard drive resulting in a Nathan Mackey 4-yard score cutting the lead, 13-7 with 6:43 left in the third.

On the Buffs ensuing possession, WT running back Brandon Blair had a costly fumble at his own 22-yard line giving the ball right back to Mines. Four plays later Matocha punched in a 4-yard QB keeper, and just in the blink of an eye the Orediggers took a 14-13 lead, leaving the Buffs in shock.

WT never recovered as the Orediggers marched 11 plays and 65 yards for an insurance score with 11:37 left in the game, extending the advantage to 21-13. The Buffs offense had one final gasp inside of two minutes to play, but a Gerber pass at midfield to Tyrie Tipton came up short. 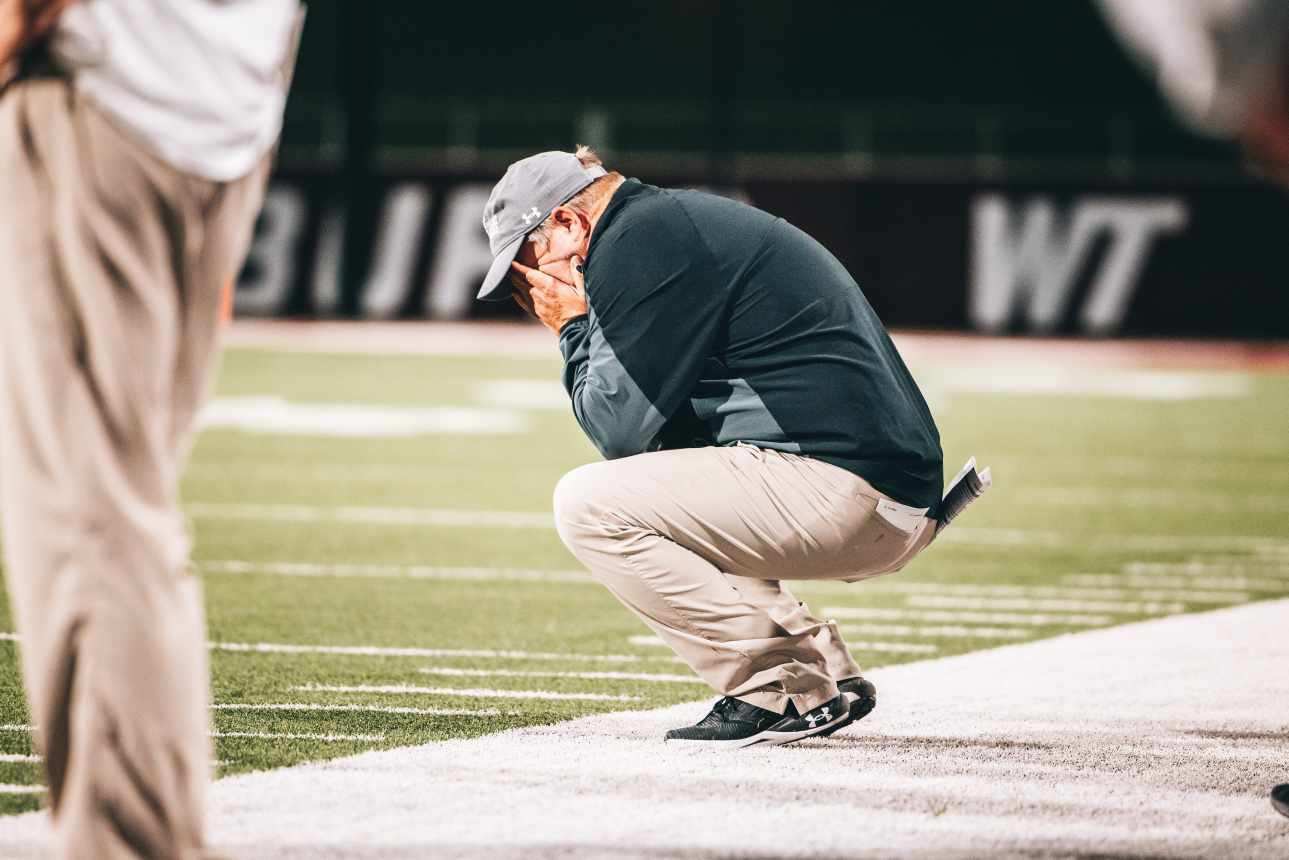 Colorado Mines dominated time of possession keeping the ball 36 minutes to WT’s 21 minutes. The Orediggers were also able to convert when it counted going 8-of-16 on 3rd downs, and 3-for-3 on red zone chances. Those numbers were opposite for the Buffs. WT was 1-of-9 on 3rd downs, 0-for-4 in the second half, and kicked a field goal on their loan trip in the redzone.

Matocha was the difference for Mines, rushing for 94 yards on 19 carries with a score. He added 116 yards passing. Bruising running back Michael Zeman wore down the Buff defense with 134 yards on 29 carries.

Gerber was 12-of-23 for 186 yards with a touchdown, and an interception. Running back Khalil Harris chipped in with 88 yards on 15 carries. For full game stats please visit, https://gobuffsgo.com/sports/football/stats/2021/colorado-school-of-mines/boxscore/8183

Support our mission
Previous articleRandall upends Tascosa in 3-5A opener, AHS cruises past PD, Hereford dominates Canyon
Next articleTop 10 performers for Week 5 across the Texas Panhandle