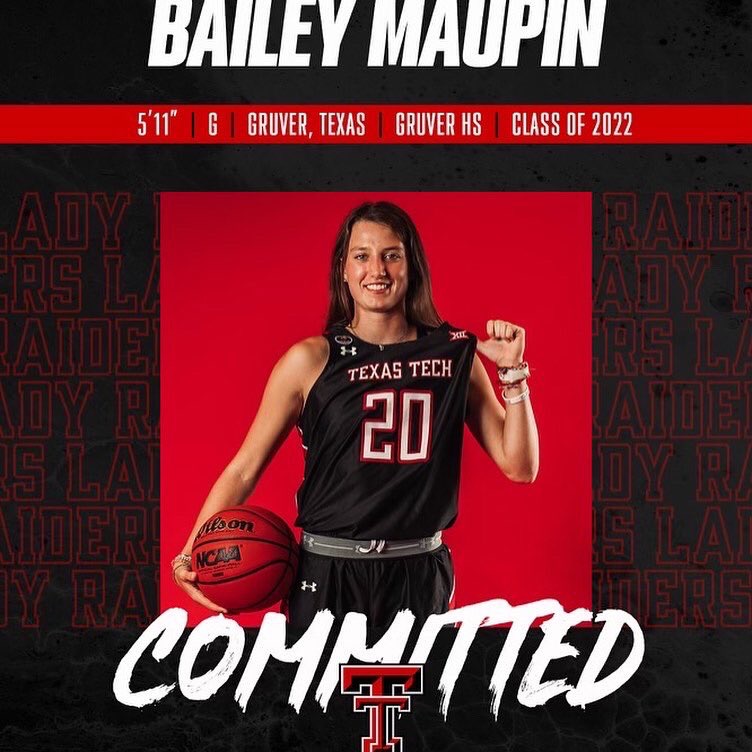 Gruver’s Bailey Maupin set off her own fireworks on this Fourth of July weekend when the star guard announced via her Twitter account Saturday night she committed to continue her playing career for head coach Krista Gerlich at Texas Tech.

“I bleed red and black,” said Maupin, who led the Lady Hounds to their only state championship in 2020. “I’ve wanted to play at Texas Tech since I was a little kid in the gym in Gruver. My family all went there, and It’s a place that feels like home. It’s close to where my parents and grandparents can always come see me play, and a true blessing to be able to commit to the program.”

Maupin, a senior-to-be at Gruver this upcoming season, has been a premiere player in the Texas Panhandle the past three years, and is exactly the kind of talent to help rebuild the Lady Raiders’ legacy of yesteryear. 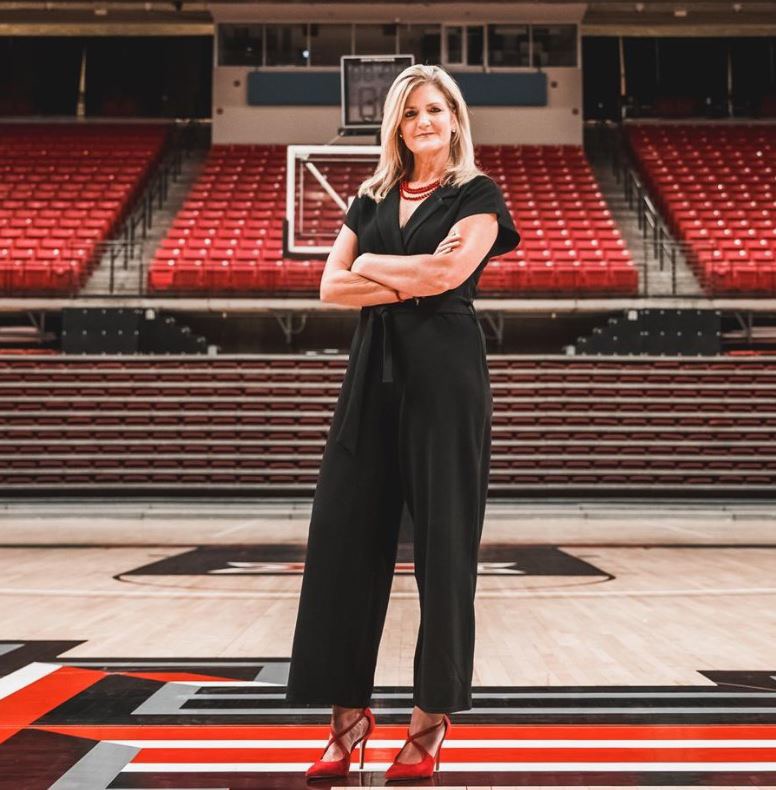 Gerlich was an Amarillo-area legend, graduating from Spearman, and one of many Texas Panhandle players to leave their mark under legendary Texas Tech coach Marsha Sharp.

Three years ago it was a safe bet Maupin wouldn’t choose Texas Tech as her future home. The Lady Raiders have been in shambles for the better part of a decade as they made their last tournament appearance in 2013 with just two winning seasons in the last eight years.

However, Gerlich has the Lady Raiders on the rise, and she’s doing it by how she was taught. That’s building through homegrown relatable players, as Maupin is the latest example.

“Coach Gerlich was the first coach to start talking to me when she was at UT Arlington,” said Maupin, who was an All-Press Pass Sports first-team selection in 2021, averaging 23.3 points a game. “When she came back to Texas Tech I started taking the offer a lot more seriously. I didn’t connect with the other coaching staff as much. There was nothing personal there, I just have a close relationship with coach Gerlich. She’s from Spearman, and we have a lot in common.” 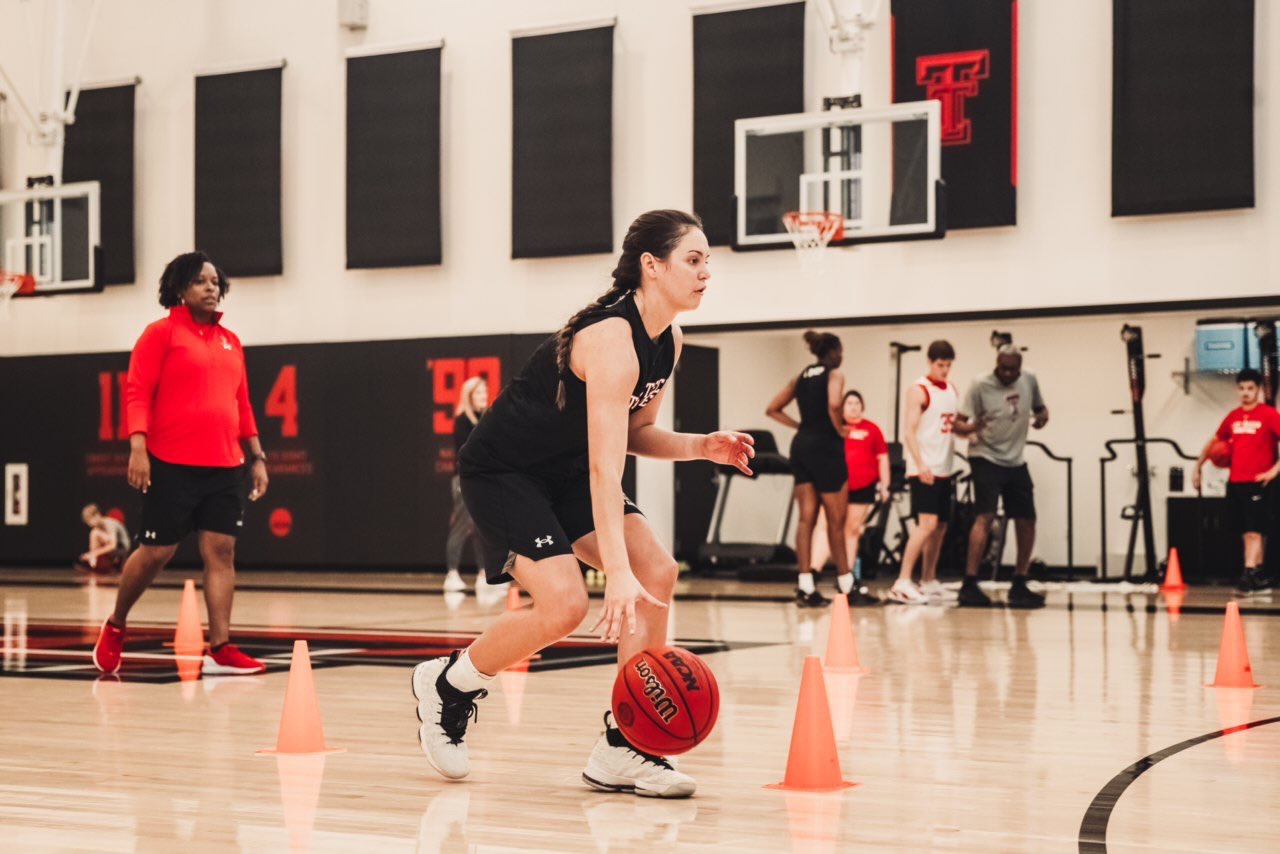 Let’s not forget about the game-changing Dustin R. Womble Basketball Center on campus. The 32.2 million dollar state of the art practice facility that plays home to both the men and women’s basketball programs is one of the best facilities in the nation.

“The Womble was a small factor in my decision,” Maupin said. “But every Division I program has shiny things and I would be wrong to let my decision be focused on something like a facility. It’s amazing though.

“My main decision came on coach Gerlich. My mom always talks about the great Lady Raider tradition she grew up watching. Coach Gerlich is bringing that back, and I want to help be a part of that.”

Gerlich’s making her immediate presence known bringing Texas Tech back into the Amarillo-area and having local talent be proud to be a Lady Raider again.

Maupin is only the beginning in what Gerlich hopes is the start of a prospering relationship.