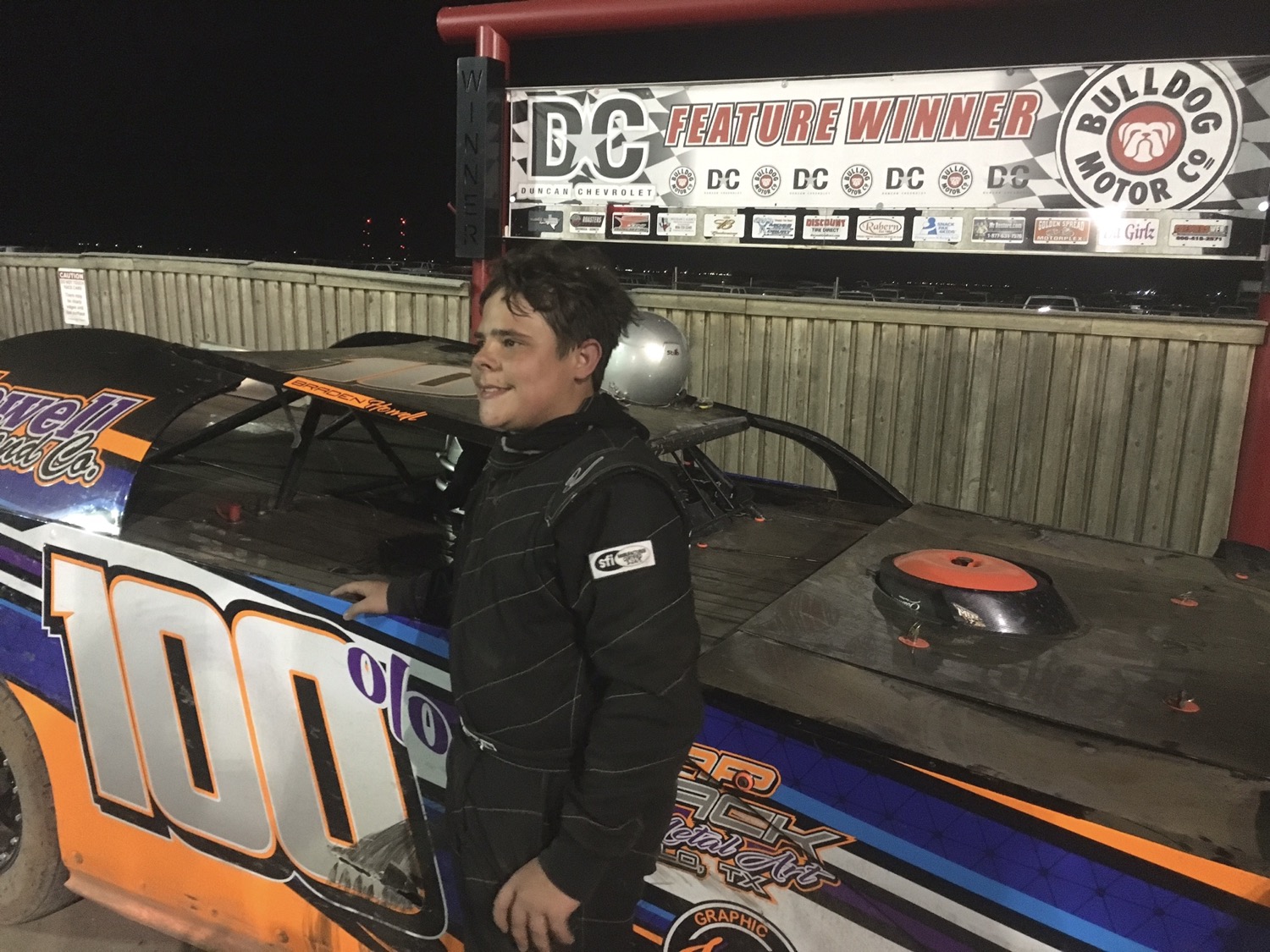 Amarillo’s Braden Howell stands by his car in the winner’s circle Saturday night after scoring his first ever win in the Limited Late Model Class at Route 66 Speedway. [Lee Passmore/ Press Pass Sports]

On a night when a national touring series made a stop at Route 66 Speedway on Saturday night, it was some track regulars who made some names for themselves.

The United States Racing Association American Racer Modified Series was billed as the main event for the 1,500 fans in attendance, drawing competitors from around the region as well as a handful of racers who compete most weekends at Route 66. With 26 racers competing on the one-third mile track often heading four-wide into the narrow turns, it made for an entertaining 25-lap feature event.

In the end, it might have been the least fancy-looking car who came out on top, and is it turned out, was a previous winner at Route 66.

Vince Lucas of Elk City, Okla., who won in the modifieds earlier this season in his only previous main event race at Route 66, won his heat by rallying from the last spot in his black car with his white No. 9 duct-taped on his doors. Lucas was a presence up front for most of the main event, chasing Fito Gallardo, who in the same event a night earlier in Lubbock, finished second to his son Jake. At Route 66, Fito had to settle for another second place finish, as Lucas grabbed the lead with five laps to go and didn’t let up to roll to victory.

While it was the second win at Route 66 for Lucas, an Amarillo driver recorded his first ever win at his home track. Braden Howell held off Canyon’s Teddy Lindsey in the Limited Late Models class for his first win.

Howell moved up from sixth to fourth in the late models points standings.

In the Street Stocks class, Amarillo’s Robert Layton scored another victory to maintain his lead atop the standings. Layton now has 660 points, extending his advantage over second place Daniel Spitler to 39 points.