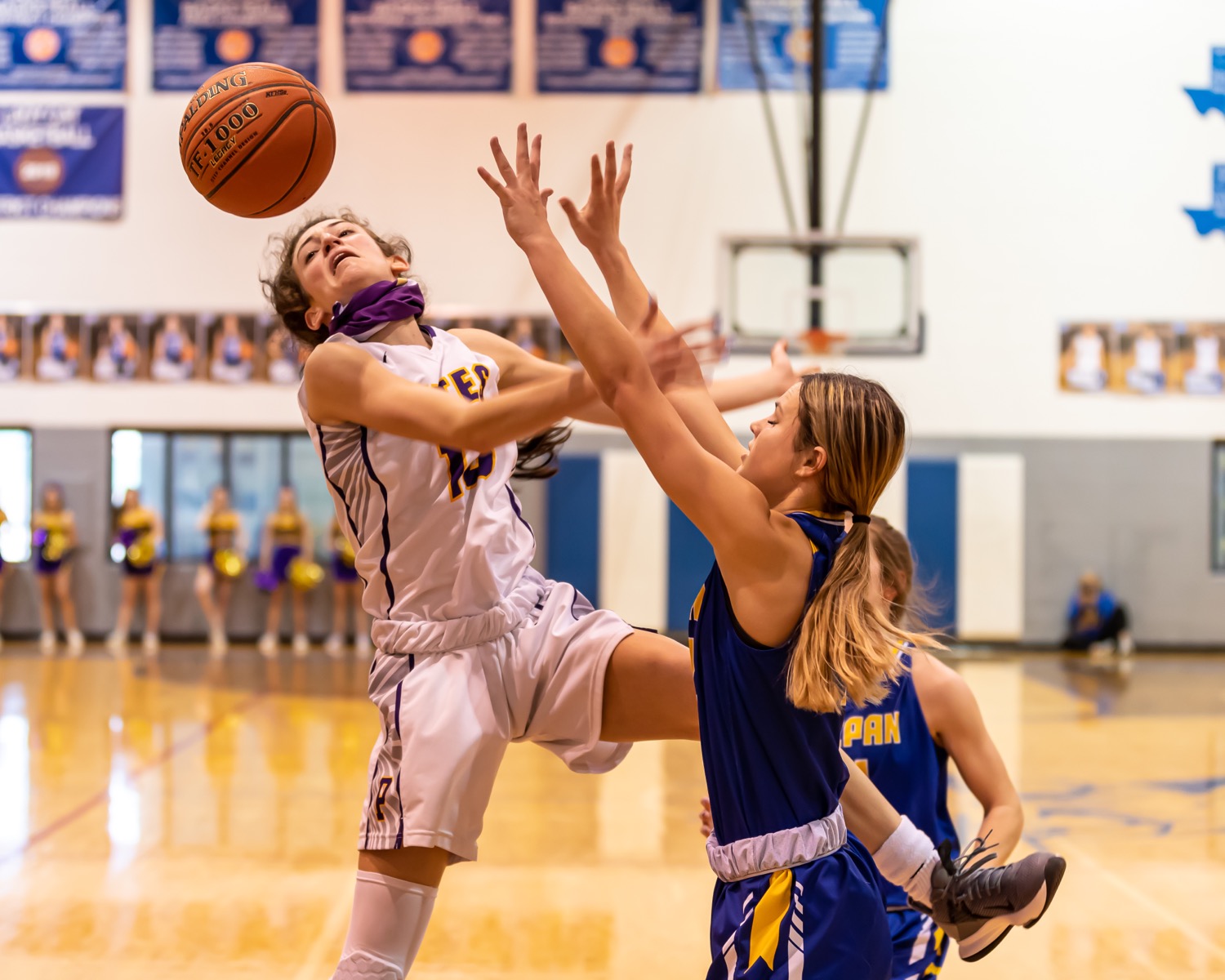 CHILDRESS— It was a the type of game where fans packed into the Bobcats Gym held on to every point with anxiousness Saturday.

The difference came down to Lipan’s stingy defense taking No. 2 Panhandle completely out of sync earning a very hard fought 35-30 win in a Class 2A state semifinal, advancing back to the state championsip for a second year in a row.

Lipan (25-3 overall) will face Martins Mill (25-3) in the Class 2A state title game at 10 a.m. Thursday at the Alamodome in San Antonio. The Lady Indians return back to San Antonio for the fourth time and five years. Last season Lipan dropped a tough one to Nazareth in the Class 1A title game, 44-31.

Panhandle and Lipan both struggled from the floor throughout the contest. The game was tied, 15-15, at halftime. The Lady Indians took the lead for good in the third quarter, then knocked down timely fourth quarter shots that the Ettes couldn’t answer. Trailing 23-21 with six minutes left, Lipan’s Kaylee Little jumped a Bailey Walterscheid pass that turned the momentum, putting the Lady Indians up 25-21. The next time down the floor, it was freshman Taylor Branson hitting a huge 3-pointer from the wing that extended the lead, 28-21 with 4:30 left, and Lipan never looked back.

“We just kept being patient,” Lipan head coach Amber Branson said. “We were able to get some shots to go down and run time off the clock, and make some free-throws toward the end.”

Lipan smothered the Ettes on the offensive end and did its best to take away guard Mason Jones. Constantly having a player or two on Jones, the senior mustered only two field goals, scoring a quiet eight points. That summed up Panhandle’s afternoon as nothing seemed to fall all four quarters. The Ettes were held to five points in the first, and only four points in the third.

“I was nervous,” Branson said. “Panhandle is a phenomenal team. They have nine players that can go, and Mason Jones is the real deal. Our focus was defense and not letting Mason go off. Thankfully we contained, and we were able to execute.”

The loss ends a fantastic run for Region I champion, Panhandle. The Ettes, making their first semifinal appearance since 2019, end the year at 28-4.

“We had a great season,” Panhandle head coach Rob Schmucker said. “Our team worked extremely hard to get to this point. We just didn’t get anything to fall.”