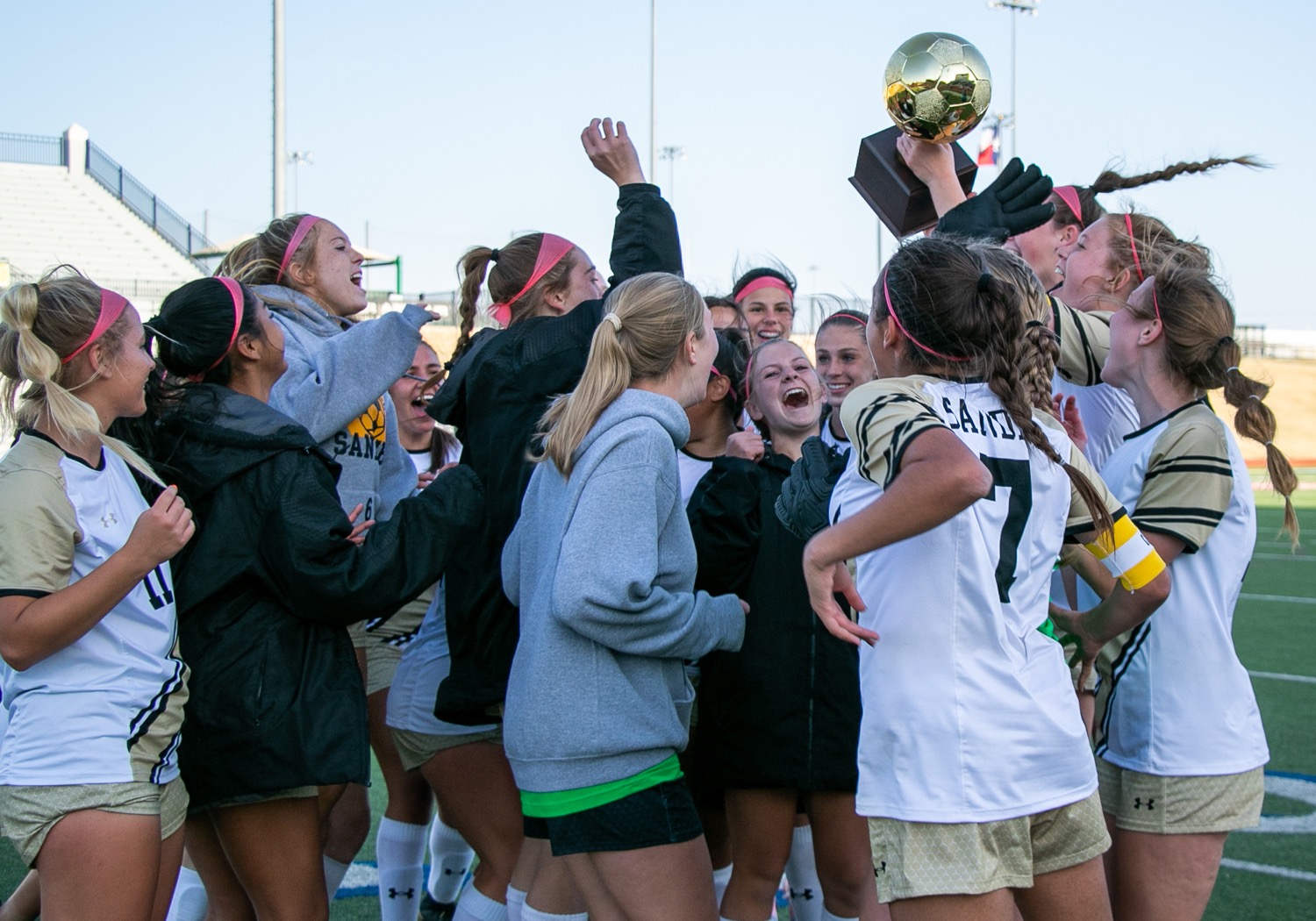 Amarillo High made two first half goals hold up behind grit, and unbelievable defense to punch a ticket to the Class 5A regional semifinals with a thrilling 2-1 victory against Lubbock Coronado on Friday night at Lowrey Field-PlainsCapital Park in Lubbock.

It’s the Lady Sandies advance to the regional semifinals for the first time in 2013, and will now meet up with Burleson Centennial (21-3-1) at a time and place to be determined.

“This win was huge for us,” AHS coach Stacy McPherson said. “Coronado is that team we been trying to beat the last three years, and after how the last game ended against Coronado, losing 1-0, we had it in our minds that we were going to win this game. It was the most intense game I have coached in my career. I’m so proud of my girls.”

The Lady Sandies took an early lead on a penalty kick from Lily Sobey in the 19th minute of the first half. AHS gained much needed insurance, and the eventual game-winning goal from Saizlee Carlton on an assist from Abigail Rodriguez in the 37th minute.

Throughout the second half the contest intensified. The Lady Mustangs tried pressing the Lady Sandies for a rally. Coronado did get on the board in the 59th minute as Jayden Mize headed in a goal.

However, the AHS defense rose to the occasion the rest of the way, and earned the tremendous victory.