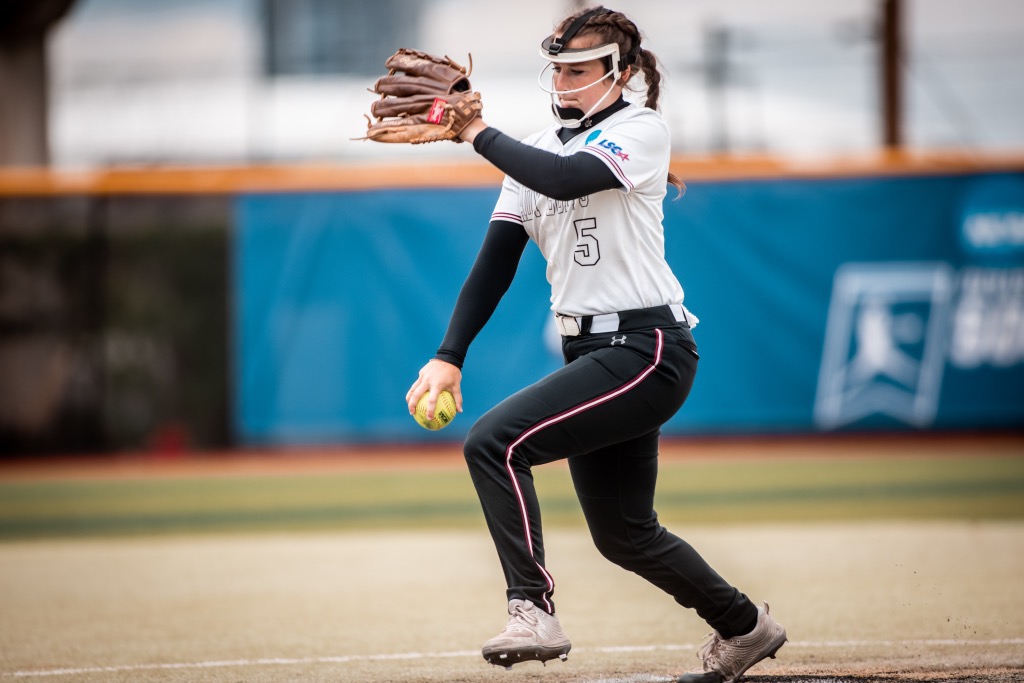 It all comes down to the final game on the final day of the softball season for West Texas A&M.

After heavy rains washed out Sunday’s start to the Lady Buffs NCAA Division II College World Series best-of-3 series against Biola, WT and the Eagles split both the first two contests Monday at the Regency Athletic Complex in Denver, Colo.

Biola (24-12) used strong pitching in game 1 behind the arm of standout Paige Austin, who racked up six K’s, while holding WT to only four hits in seven shutout innings. Austin’s dominance has shined as the junior has yet to allow a run in her last 25 innings.

But the Lady Buffs (42-12) bounced in game 2 using the long ball to get on Eagles pitcher Jennifer Morinishi.

Teammate Madison Johnson was 2-for-2 in the game adding a solo shot of her own.

In the circle, Bushland graduate Halle Lytal made the most first career start at a CWS. Lytal earned the win going 6.1 innings allowing four earned runs.

WT has now won 22 of its last 24 games, and will hope to win its second national championship since 2014 on Tuesday.