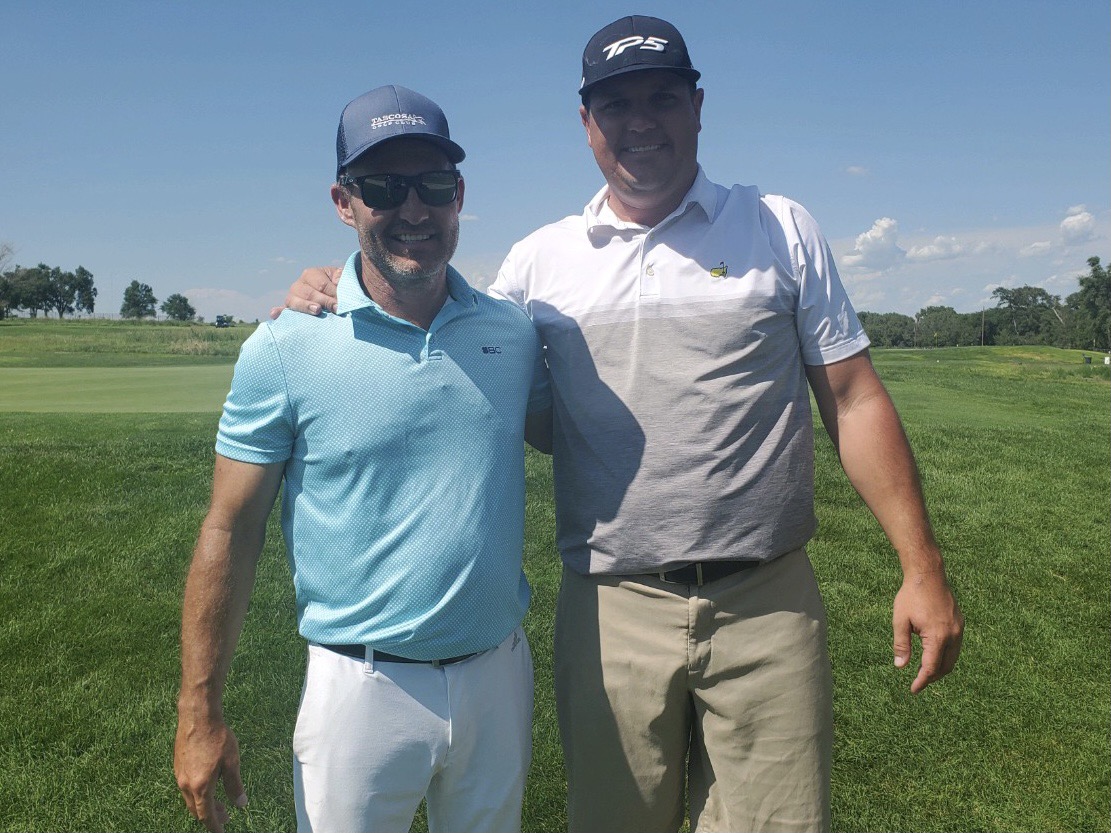 The 69th annual Budweiser Partnership ended unexpectedly Sunday on the 33rd hole when a pair of missed par putts propelled Tate Allred and Luke Kane to the championship over Dario Garza and Tyler Paige 7 and 6, at the Ross Rogers Golf Complex.

The low-ball, low-total match play event that spanned over three days looked as if it was going to be a blowout after Allred and Kane sank long birdie putts to go up 11 points after 24 holes.

But Garza and Paige began chipping away at the deficit with seven points over the next six holes.

“We always expect it to go all the way to the end,” Kane said. “We just kept hanging on.”

Allred was stellar Sunday tallying an eagle chip-in, and had 10 birdies, including three consecutive birdies to close out the first 18 holes to give the duo a seven point advantage.

This was the first Budweiser Partnership victory for Allred, and the second for Kane, who the event with Jud Hightower in 2007-2008.

Garza and Paige were impressive despite the loss. The tandem were the No. 9-seed, however, defeated two-time defending champions Kyle and Derick Kelting 7 and 4 in the quarterfinals. Allred and Kane claimed the No. 2-seed after Thursday’s qualifying with a six-under 138. They had a 1 up quarterfinal win over Andrew Brewer and Kent Neal and a 4 and 2 victory over Casey Weiss and Hightower in the semifinals.

Allred and Kane had already qualified for next month’s Coors Tournament of Champions keeping the current field at nine. For a look full look at the 69th Budweiser Partnership results, please click the link below.