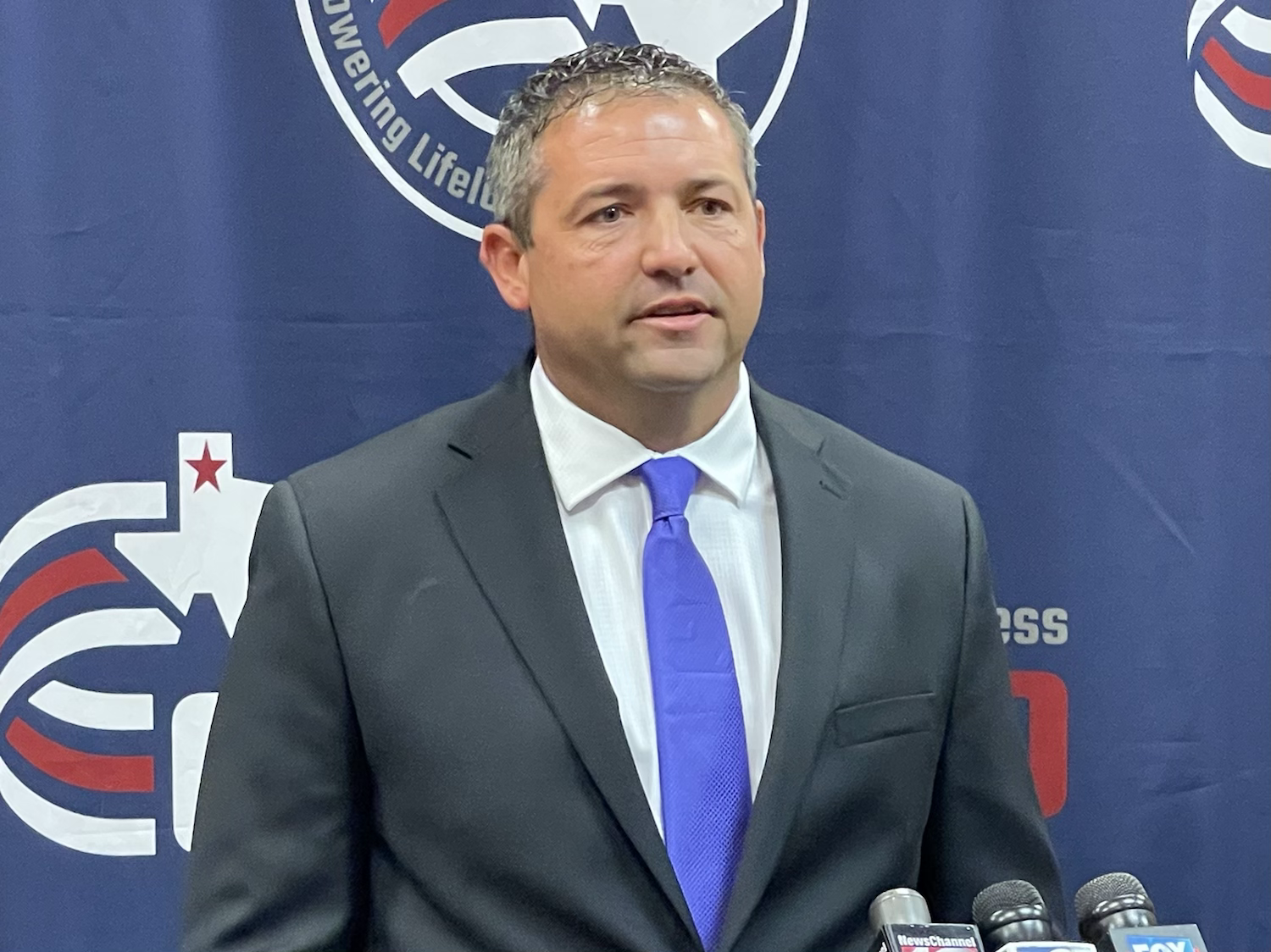 Twenty-one years were well worth the wait for Todd Winfrey.

During a short and sweet board meeting Wednesday afternoon, the Canyon Independent School Board approved Winfrey as the next head football coach to guide the Canyon High program into the future.

“This feels amazing,” Winfrey said. “When you’re an assistant coach you always dream of being a head coach. When you get older you look at it and you want be that head coach in a premiere place. I think Canyon is that place for me.”

Winfrey, a Lubbock Monterey and Hardin-Simmons University graduate, has been an assistant working his way through the ranks to offensive coordinator at Canyon for the past 21 years under his predecessor and mentor Blake Bryant, who retired with 158 career wins on April 28.

In Bryant’s mind there was nobody more fitting to fill his shoes than Winfrey.

“Todd has earned this opportunity,” said Bryant, who led the Eagles to the Class 4A Division I state semifinals in his final season last year. “What I know Todd can do is not just maintain what we’ve built, but exceed expectations and make the program even better. He’s going to do an unbelievable job.”

“There’s going to be a learning curve,” Winfrey said. “Coach Bryant put me in so many positions to be a head coach. But he always stressed until you’re in the chair, you’re not in the chair. That’s the beauty. I’ve learned from the best. I couldn’t have picked a better mentor and friend than coach Bryant.”

Winfrey’s year has been packed with memories that will last a lifetime thanks to his support group, better known as his immediate family of his wife Jennifer, and his four daughters, Brylee, Kenadee, Abree and Sydnee.

Abree was a two-time state track champion in the 800 meter run and 300-meter hurdles on May 6, and Syndee had a tremendous season as an eighth grade competitor on the volleyball and basketball court as well as the track.

“This year has been difficult in a lot of ways in our society,” Winfrey said. “But I can’t think how amazing it has all been. I’m keeping a list of all that has happened so the girls can always have and cherish. It’s been unreal, and humbling for Jen and I.”

As proud as Winfrey has been of his daughters’ accomplishments, Wednesday was an afternoon for the four daughters to show their appreciation on their fathers recogintion.

“We’re so excited to be here,” Brylee said. “We always see parents posting how proud they are of their kids. Well, today it’s us who is proud of our dad. He’s worked hard for this.”

“We’d see him preparing himself for questions for this press conference,” Kenadee said. “He’s just put in so much time and effort to get where he is, and we’ll know he’ll be great.”