Hightower’s selflessness is path to success during stellar playing career 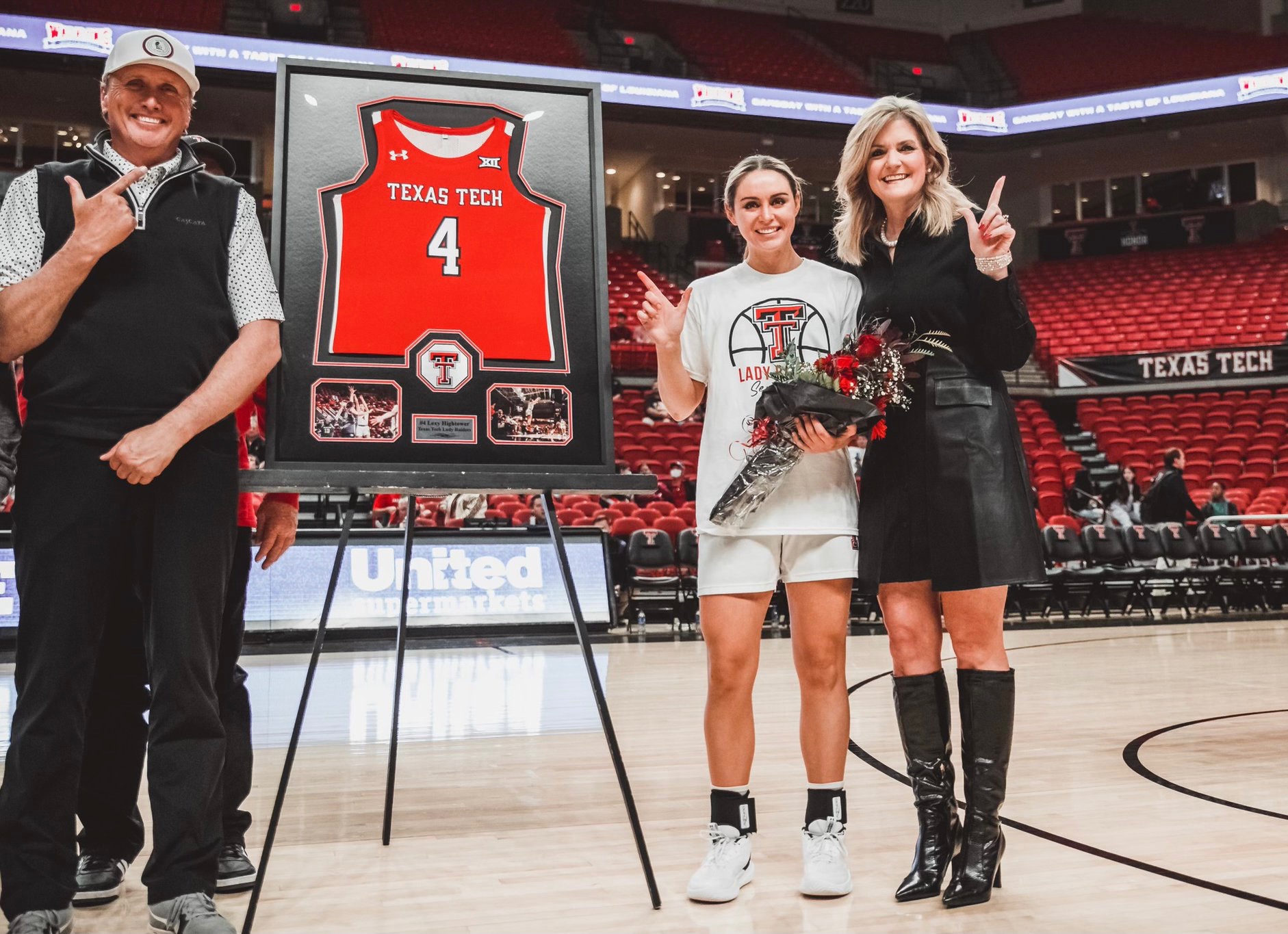 Lexy Hightower made the difficult decision last March to leave as one of the top all-around women’s basketball players to ever play at West Texas A&M and the Division II level.

With a year of eligibility left, Hightower, threw her name in the NCAA transfer portal and not weeks later had committed to live her dream signing to play at Division I Texas Tech for head coach Krista Gerlich.

As the Lady Raiders get set for the Big 12 Women’s Basketball Tournament facing Oklahoma State in a first round contest at 5:30 p.m. Thursday night, Hightower knows her time playing the sport she’s loved since she could walk is coming closer to an end. But her decision to make the leap to Texas Tech is one she feels has truly paid off.

“I definitely wouldn’t change a thing about coming to play at Texas Tech,” Hightower said. “It’s been an entire new world, and I’ve enjoyed Division I basketball. I always loved playing at West Texas A&M, but getting the chance to be a Lady Raider, and getting this opportunity has been awesome.”

Hightower, a sharp shooting guard with a quick first step, was extremely special during her four years as a Lady Buff. Hightower exceeded any expectation coming out of Amarillo High becoming a two-time Lone Star Conference Player of the Year, earning Division II All-American honors, and ranks sixth all-time in Lady Buff program history with 1,642 career points playing in 116 games.

Her role differs a bit at Texas Tech. In a social media age of individual accolades, and what I can do to help myself, Hightower has shown Gerlich she’s about being a veteran presence that leads by example, and being the perfect teammate.

“Lexy has handled the transition great and approached every day with a humble heart,” said Gerlich, a Spearman graduate. “Lexy does whatever we have asked her to do. That’s not easy when you’ve been a star player for so long. She’s been awesome to coach, and she’s so humble. I’m just so proud how she’s embraced being a Lady Raider.”

Hightower has battled through injury, been in the starting lineup, and came off the bench in 26 games this season. She’s averaged 8.6 points per contest in 24 minutes a game, however, has never lost that touch from beyond the arc shooting 45 percent (39-of-85) from 3-point range, which leads the Big 12 and all of Division I.

“My goal has been to make a difference,” Hightower said. “I didn’t know what I was going to walk into when I came to Texas Tech. It really has put things in a new perspective. It’s a different world with the athletes you play with and against. I also love the Division I lifestyle, but in the end, it’s still basketball and that’s what I love the most.”

“The fact she tackled Division I basketball is awesome for her,” Williams said. “She’s proved herself at every level, and she’s had a great year. She’s never going to be outworked, and she has always demanded respect. She’s done that since the first day she came to play for me.

She does everything right, and Lexy has become the excellent young woman I knew she would be.”

Gerlich is gracious that Hightower chose to spend her final year playing at Texas Tech. Gerlich says it’s players like Hightower that bring a certain toughness to a program, whether it’s on the floor or in the locker room.

“Lexy has made great relationships with everyone,” Gerlich said. “She picks and chooses when to be a vocal leader, but is awesome at showing her leadership on the court. She has such a positive attitude, and is the first to show up to practice and the last one to leave. Lexy is homegrown, and her work ethic sets her apart. She just loves being part of a team, and is very unselfish. She’s helped build what we want to accomplish. I love Lady Raider nation gets to call her a part of their own.”

Though she knows her time is coming to an end Hightower has always lived in the moment. Her sole focus now is helping Texas Tech try and win a Big 12 Women’s Tournament title, and play in the postseason. But as for the legacy she’s leaving behind for future Texas Panhandle players, Hightower just hopes she did all she could.

“I don’t think about my career coming to an end right now,” Hightower said. “For me, that won’t sink in for months. That’s just how I am. But, I hope if anyone remembers my playing career, they know I worked hard, I was a good person, a good teammate, and left it all on the floor.”