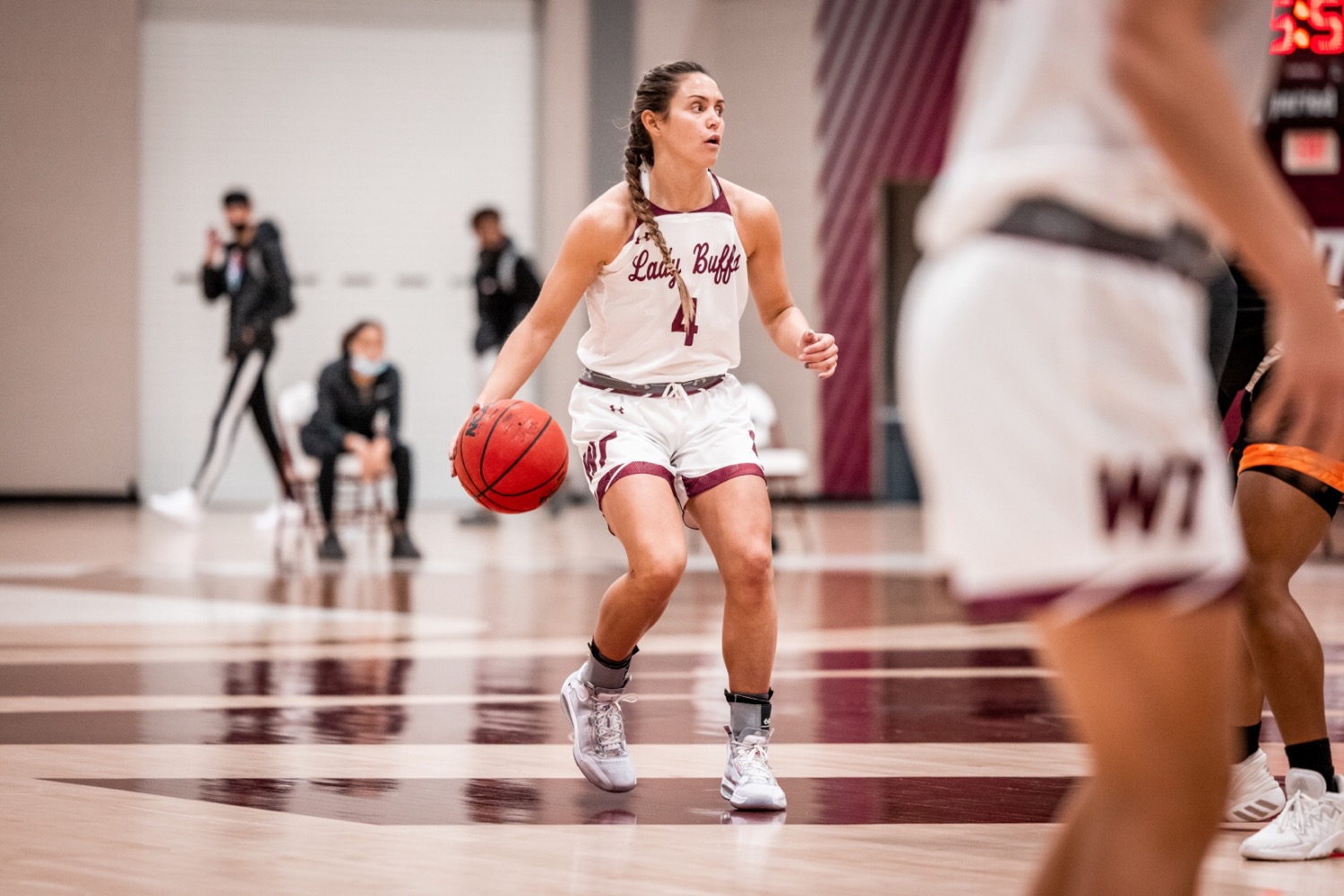 West Texas A&M made it a clean sweep of Lone Star Conference foe University of Texas Permian Basin with a second win over the Lady Falcons in three days.

After a dominating 75-59 win at UTPB on Thursday, the No. 22 Lady Buffs shot the lights out Saturday to earn an 83-64 victory against the Lady Falcons in front of a socially distanced crowd of 500 fans at the First United Bank Center.

Saturday’s win wasn’t easy. UTPB shot 48 percent from the field, and only trailed 40-32 at the half. But in the second half the Lady Buffs were able to pull away behind the stellar play of seniors Lexy Hightower, and Abby Spurgin. WT outscored the Lady Falcons 45-32 in the second half with Hightower scoring 13 of her game-high 22 points in the final two quarters. Spurgin poured in 16 points with six boards, as Lubbock-Cooper grad and freshman McKauley Gregory added a career-high 12 points on 4-of-4 shooting.

“I thought UTPB came out and shot the ball really well,“ WT head coach Kristen Mattio said. “But we were able to turn it on with a young player like McKauley Gregory. She hasn’t played much but stepped up in this game. It’s a different feel this year playing the same team back-to-back. It makes you really have to play because you know each other so well.”

Stats of the game

The Lady Buffs outscored UTPB 44-30 in the paint.

Game in and game out Hightower continues to climb the WT school record books. During Saturday’s win, the Amarillo High graduate went 3-of-7 from 3-point range, tying Holly Isaacs (2009) for the third all-time for 3-pointers made in school history with 209. Hightower’s 22 points also has her at 1,419 career points, only eight points behind former Lady Buff great Lori DeShields (1993-1997) for 10th all-time.

Hightower has been on a season-long roll after missing all of last season with a foot injury. The smooth shooting guard has poured in 20 plus points in five of the Lady Buffs seven games this season, and leads the LSC scoring 20 points a game.

“It’s an honor to be up there with those legendary names who have already accomplished those special achievements,” Hightower said. “But there is a lot of season left, and my focus is on helping my team win games. It’s just nice to play basketball, I think we all feel like that. We’ve been practicing for a while and it’s a relief to finally just get games and go”

Support our mission
Previous article3 things that happened in boys district basketball on Jan. 15
Next articleBuffs finish sweep of UTPB at home