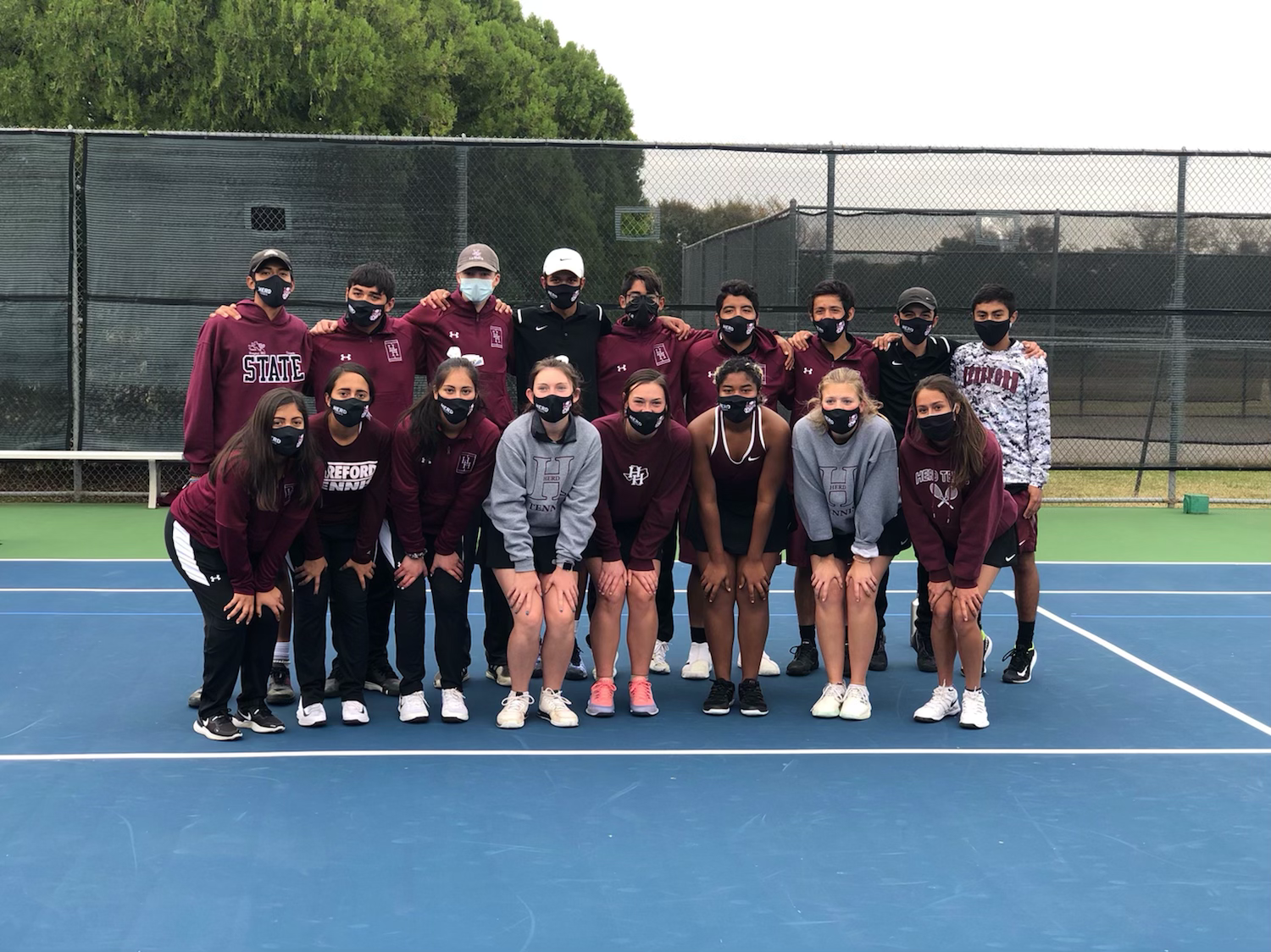 The Hereford tennis team beat Kaufman 10-8 on Friday to advance to the Class 5A state championship. [Provided photo]

The Hereford tennis teams dream season went to new heights Friday morning. For the first time in school history the Whitefaces will compete for a Class 4A state championship after a dramatic 10-8 win against No. 6 Kaufman in a state semifinal at Hamilton Park in Wichita Falls.

Hereford (17-4) is now on its way to face Boerne for the program’s first ever state championship at noon, Tuesday on the campus of Texas A&M University in College Station. “This has been a lot of work from a lot of kids over the past years,” Hereford head coach Cody Crouch said. “It’s amazing to see where they started and where they have come. These kids spend hours a day on their own time hitting balls in the summer and it is paying off now. I love stats and numbers, and I’m so blessed to be a part of this team that will always be the first team in Hereford history to make the state finals.”

The Whitefaces top singles players Nicky Villalovod and Luis Avila took care of business on the boys side, while the top girls player Victoria Betzen did the same.

Macy Warlick, who helped clinch the Vernon match also won, and Lanae Blankenship came back from an early deficit to sweep her match, 7-6, 6-0.

The clinching match was Hereford’s No. 5 singled girls player Gisselle Rodriguez. Rodriguez’s win captured the semifinal for the Whitefaces.

The Amarillo High tennis team saw a great run to a third straight semifinal come to an end at the hands of Dallas Highland Park on Friday at Hamilton Park in Wichita Falls.

The Scots defeated the Sandies by a score of 10-7. AHS ended a fantastic season at 18-1.