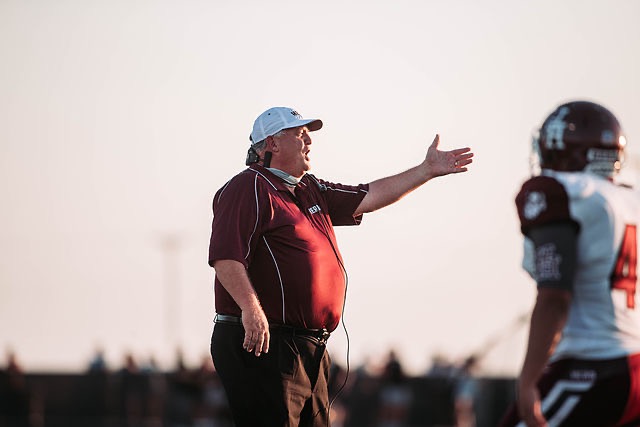 Hereford ISD delivered shocking news via its twitter account late Thursday afternoon that longtime head football coach Don DeLozier will be moving from his position to executive director of operations for the school effective July 1.

“This was my decision,” DeLozier said. “I feel this a good move for myself and my family.”

DeLozier, a 1982 Hereford graduate, said it’s been an honor to lead the program in the town that made him the man he is today. DeLozier has been a staple in the Texas Panhandle coaching at Hereford for the past 18 seasons. In that time, DeLozier amassed an overall record of 94-106, leading the Whitefaces to 10 playoff appearances.

But what’s more important to DeLozier was getting the chance to guide young men into better adults.

“For a kid who grew up across the street from Hereford field house to a guy that got to represent and lead his community is something special to me,” DeLozier said. “I hope I did it well, and I hope I made people in Hereford proud. My goal was not only coach but make kids winners in life. I’m proud I was given this opportunity, it’s been the ultimate compliment, and an unbelievable blessing.”

Dodge spent the spring leading Navarro Junior College throwing for over 1,400 yards passing with 14 touchdown passes, and was named the Southwest Junior College Football Conference Offensive Player of the Year. Dodge says he can’t thank his father enough for all he did for Hereford football.

“I feel like he means a lot to Hereford and Hereford means a lot to him,” said Dodge,” a 2019 Hereford graduate. “He lives and breathes that community, and put his heart and soul into that school. I loved playing for him. It was a different level playing for your dad, and I enjoyed it to the fullest.”