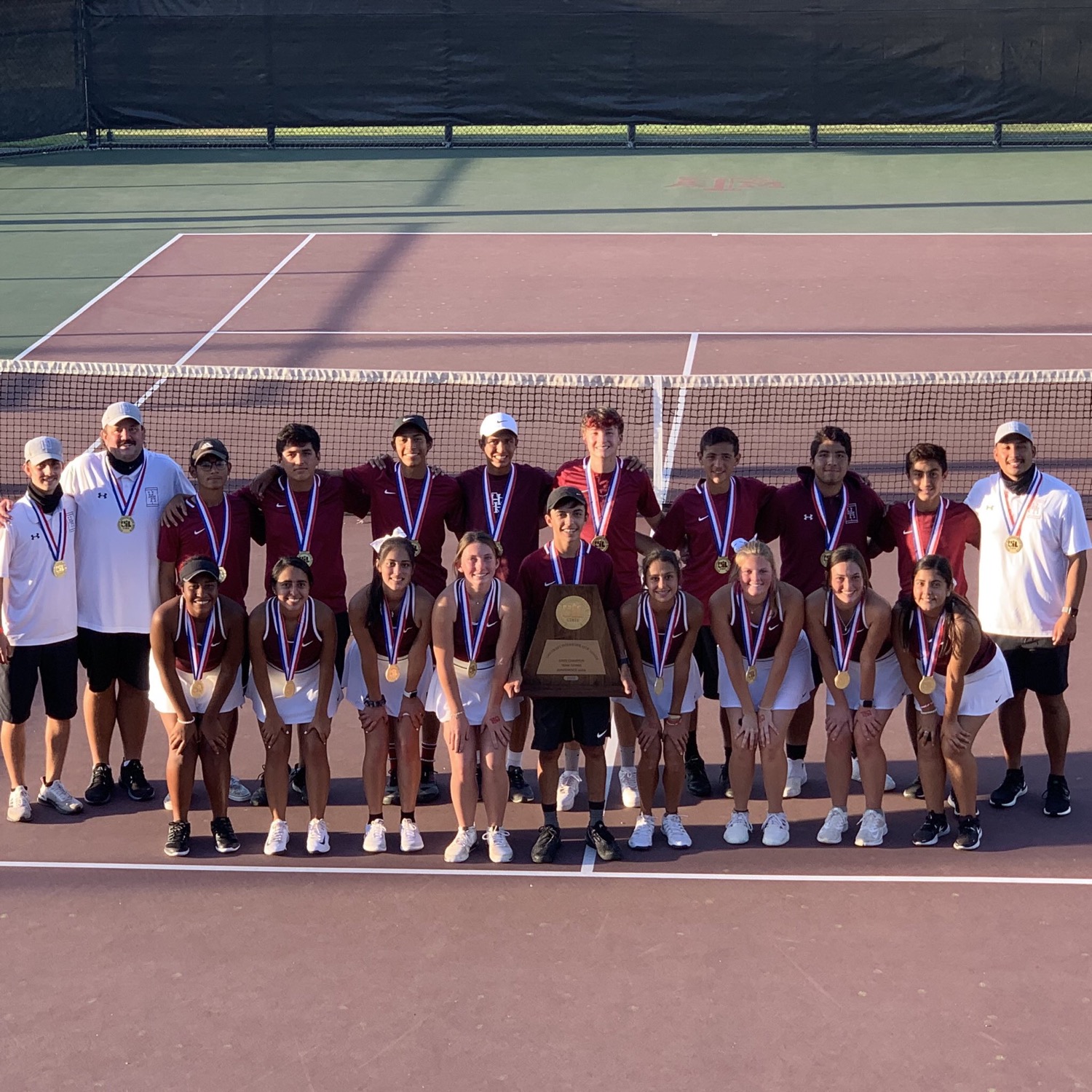 A fairy tale run through the postseason came full circle with a fairy tale ending for the Hereford tennis team Tuesday afternoon at Texas A&M University in College Station.

The Whitefaces made school history earning a hard fought win against Boerne with a 10-8 victory through a series of matches in the University Scholastic League Class 4A state championship to claim the programs first ever state championship.

“It feels so great,” said Cody Crouch, who is in his eighth season as Hereford’s tennis coach. I’m so glad for my team and myself to have these gold medals around our necks. It all aligned for us and came together for us at the right time throughout the playoffs.”

The Boerne boys side started strong winning all three doubles matches, however, the Whiteface girls kept them in it as well as the mixed doubles matches.

That gave Hereford a 4-3 lead after doubles.

In singles, four-year player and leader Victoria Betzen won by a 6-1, 6-1 count and in boys singles Luis Avila also won in straight sets 6-3, 6-3.

Hereford, which finished the year 18-4 overall, finally brought it together bringing the championship home when freshman Xavier Sauceda connected with a forehand return winner to clinch a state championship.

“It will be memories that will last forever,” said Hereford athletic director Brenda Kitten. “I’ve been doing this a longtime and it was one of the best days to be a part of. Team tennis is a sport that doesn’t gain attention like many others have. But being a former coach, and just watching this team go from just making the playoffs a few years ago to getting to a regional final last year, and now a state champion is fun to watch.”

Hereford’s journey from the beginning of the year to Tuesday’s state title is quite remarkable. In August, Crouch had only four boys players and had to dig to fill out his team. The Whitefaces finished second to Canyon in district, then had to beat tradition-rich and 4A favorite Vernon for the first time ever to even get to the state semifinals.

“It’s like a dream,” said Betzen, Hereford’s top girls player. “It is crazy to see how far we’ve come. This is the ideal way to end my team tennis career.”

“It is crazy to see where we’ve come,” Crouch said. We had to find bodies to start the year. Then we did and everyone just kept coming together. But what I really love is the community and school who has backed us. Hereford is special. The sendoffs, the pep rallies, the text messages, everyone was behind us. I mean we got a police escort into town at 3:17 A.M. Wednesday morning. This community is just amazing.”