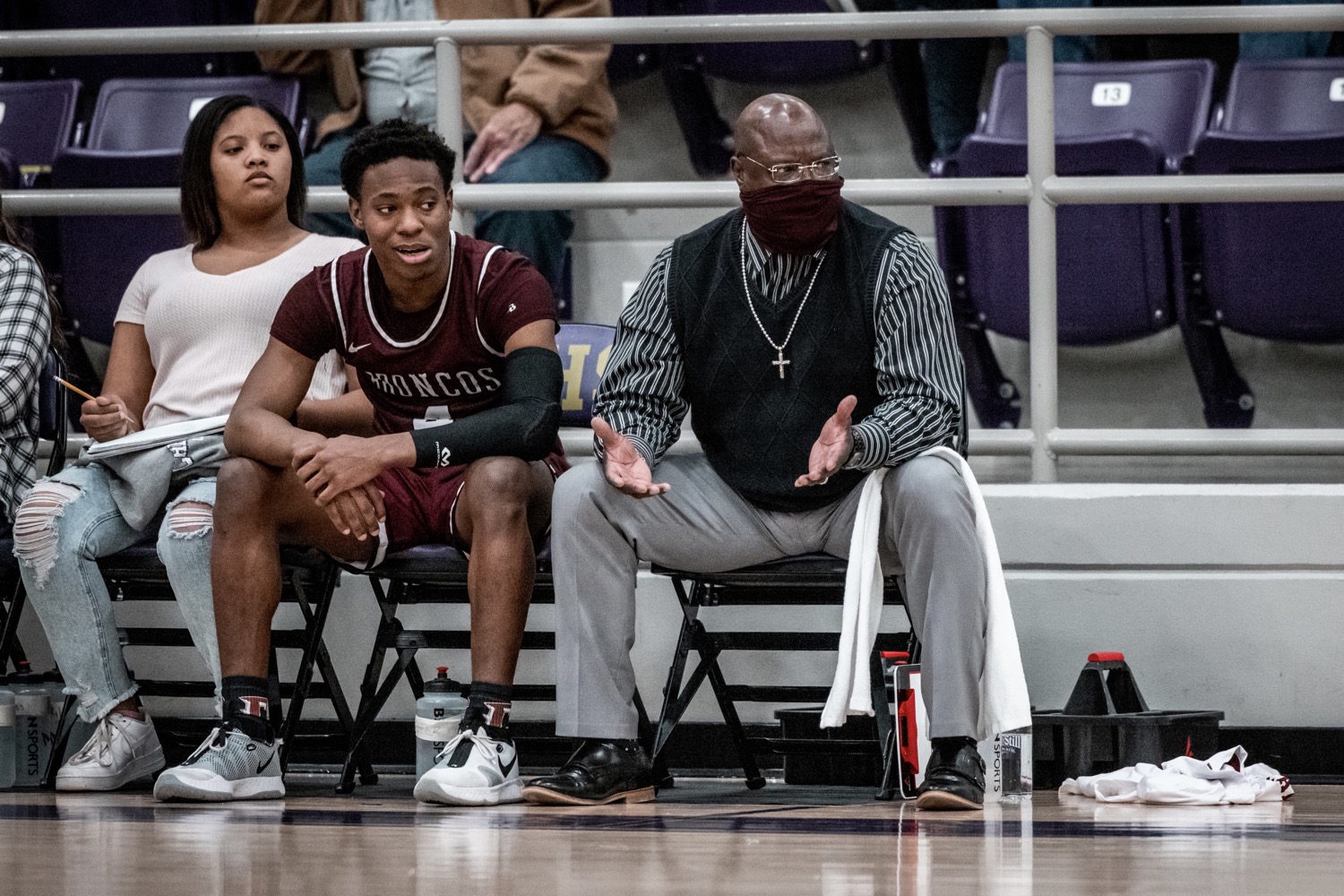 It’s his hometown, and a community near and dear to his heart.

The name Gaines has been very popular through decades and generations of Broncos athletics through Alton, his children that have gone through the school, and his many family members.

Alton is an incredible story.

His rise through the coaching ranks comes from hard work, a passion for youth, and an eagerness to be a role model. Alton doesn’t have a college degree. He doesn’t teach classes. But his impact on the kids at Clarendon is something that will stand a test of time.

Growing up, Alton had issues as a troubled youth, but after the 1981 Clarendon graduate joined the Marine Corps., he came back to Clarendon a changed man ready to do some good. He started by coaching his own children, then the neighborhood kids. He then started going to the high school to mentor teenagers that were having problems he was familiar with and could relate to.

“I used to get into a lot of fights in my younger days,” Alton said. “Luckily, the Marines saved my life. College didn’t really work out, but I spent three years in the Marines before I came home, and I learned a lot of life lessons in that time. I thought with what I learned I could come back to Clarendon and really make a difference.”

Former Clarendon athletic director and head football coach, Gary Jack, saw something special in Alton, and offered him a maintenance position at the school, and a spot on the coaching staff in 2004. Jack could see Alton’s relationships with the kids at the high school was extremely strong. Fast-forward ahead to today, and current athletic director/ head football coach, Clint Conklin, will say the same thing.

“He has a special bond with our kids,” Conklin said. “He knows how to coach them and love them all at the same time. I think all the kids respect him and he can get the most out of them. I think it’s great to have a guy on staff that is from Clarendon. He helps our younger coaches and I don’t have to worry. He takes a lot off my plate. I can trust him to take care of so much. He knows everyone. He knows the parents, the grandparents, and he loves sports. He will give it his all. He is pretty special.”

Johnny Gaines, one of Alton’s six children, was a four-sport Division I prospect in Clarendon who graduated in 2011. Johnny can’t thank his father enough for always being there for him growing up, and helping him turn out to be the man he is today.

“My dad is a huge part of the community of Clarendon,” said Johnny, who now resides in Lubbock, and is the owner of Game Changer Sports, a business devoted to molding men the right way through the game of baseball. “He was a father figure to some that needed it. He was a father for a lot of kids. He gained a lot of respect by giving respect for youth. He coached me my entire life, and I was blessed for that. He adapts and relates to kids in such a great way. He knows what you’re going through and learns to connect.” 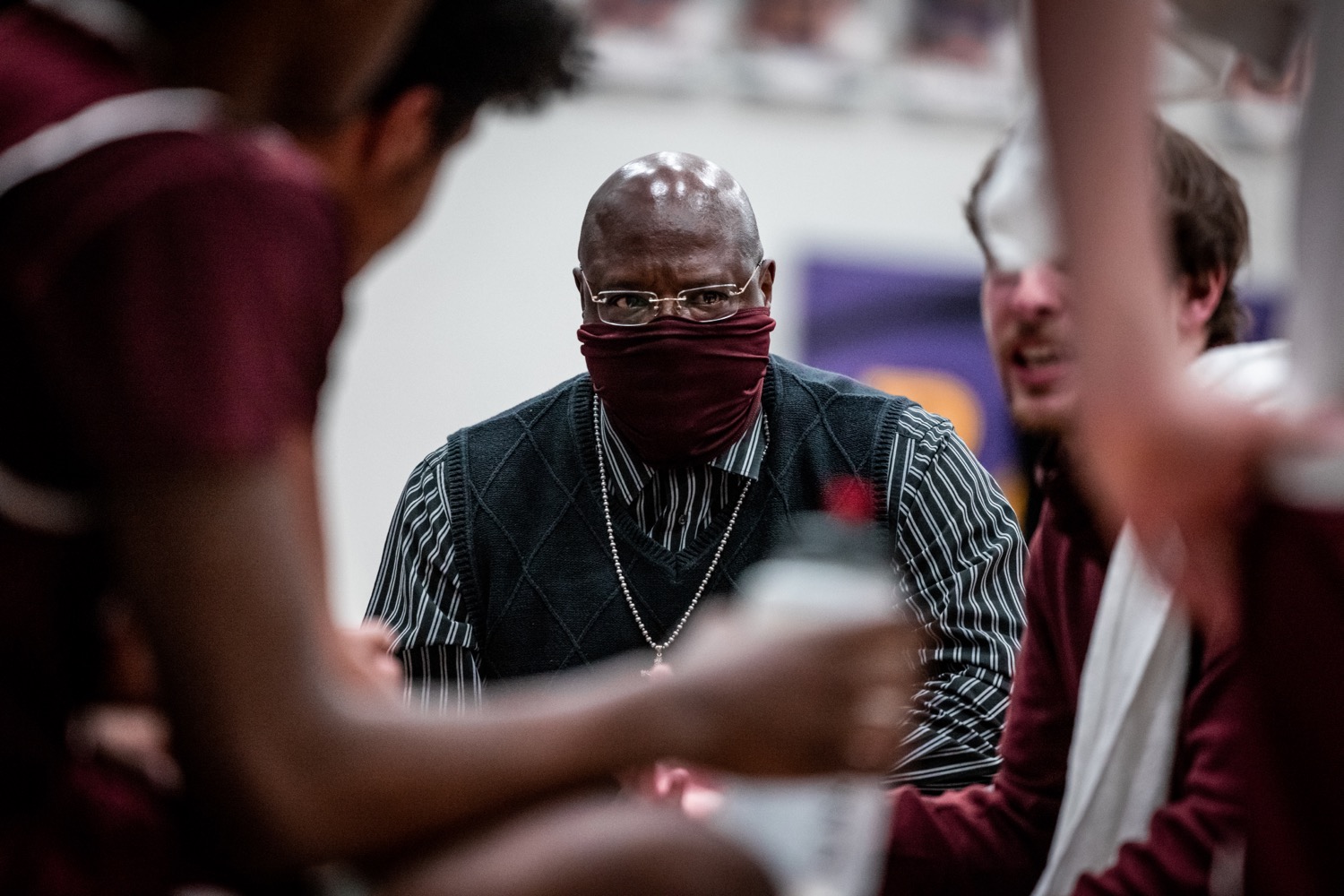 Alton isn’t just there for kids. The always energetic and upbeat Alton is a huge help to young coaches on the staff, including Clarendon boys’ basketball coach, Boston Hudson. Hudson is in his first season with the Broncos, who are No. 2 in the state in Class 2A, and getting set to start the playoffs later this week.

“I had some great coaches in front of me that helped me learn how to be a better coach,” Alton said. “I try and use that now to help the younger coaches we have here at Clarendon. You look at Coach (Boston) Hudson now. He reminds me of me when I was young with so much fire and passion. But I’ve picked up so much knowledge and I can add in what I think and help the team out.”

“Alton is so valuable to Clarendon,” Hudson said. “It’s not just basketball either. He coaches all of our sports. I think his best quality is his relationship with the kids and the people of Clarendon. He has done so much over his years and he’s an essential part to the community. Plus, I take in a lot from Alton. He’s like having another head coach on the floor. We can bounce ideas off each other. He gives me great ideas. He also does a great job on our conditioning and workouts. He does a great job and is so easy to work with.”

Gaines has enjoyed his 16 years coaching at Clarendon, and can’t imagine doing anything else. He says as long as he’s healthy, and able he’ll continue to share his knowledge to anyone that needs him for years to come.