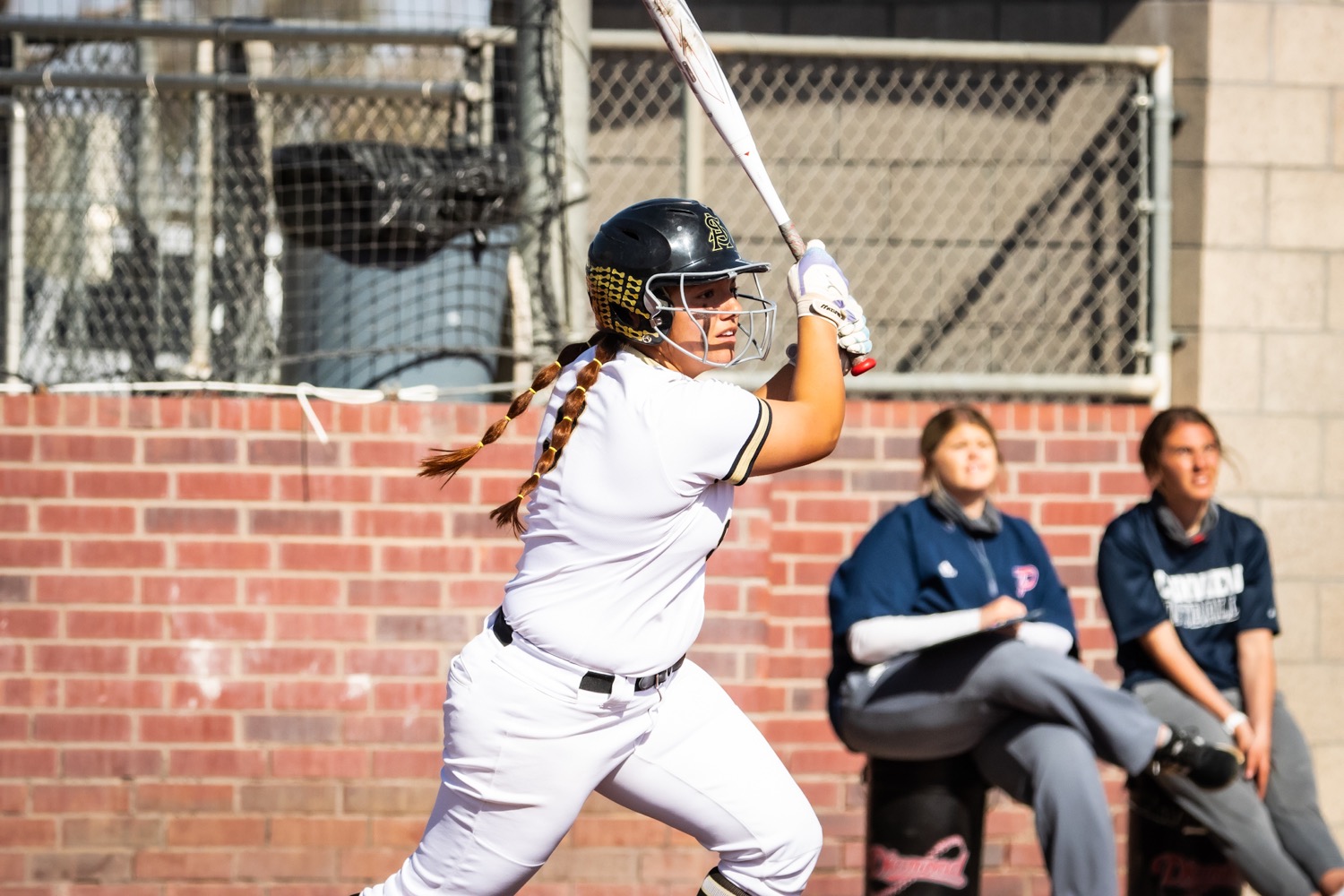 Amarillo High broke open the bats with an 8-run third inning that resulted in a 17-4 rout of Plainview in a District 3-5A clash at the AHS Softball Complex on Friday afternoon.

Lady Sandies slugger Danae Lopez continued her torrid pace at the plate. The freshman followed a three-run home run performance against Tascosa on Monday with a pair of two-run homers giving Lopez five in the past two games. Lopez finished the game 3-for-4 with four RBIs.

Teammate Tatem Pendagraft gets better in each contest. Pendagraft was once again strong in the circle working five innings, allowing two earned runs with seven strikeouts. Pendagraft helped herself out on offense as well with two hits that resulted in two RBIs.

The Caprock Lady Longhorns nearly squandered a six-run lead, but were able to hold off Tascosa for an 8-6 district win Friday at the CHS Softball Complex.

Caprock had taken a 6-0 lead through the first three innings, only to see the Lady Rebels claw back into the game with a five-run fourth.

The Lady Longhorns picked up a valuable insurance run in the bottom of the fifth when Brooklyn Thompson singled home Zoriana Serna, pushing the advantage to 7-5. Caprock then added another key run on a Daisy Fuentes single that plated Jaelin Ornelas in the sixth. Aubrianna Hernandez finished a great outing at the dish going 3-for-4 with a double and an RBI.

Tascosa’s Ellaina Langeland not only threw all six innings, but went 3-for-3 with an RBI.

An eight-run first inning was more than enough for Randall during a 16-1 run-rule rout of Palo Duro in a district contest at Randall on Friday.

The Lady Raiders extend their win streak to five straight games, improving to 5-1 in District 3-5A and 14-9-1 overall. The Lady Dons struggles continue as they drop to 1-10, 1-5.

Lauren Garcia paced Randall going 3-for-4 with a pair of doubles, and three RBIs. Heaven Moreno was 2-for-2 that included a double and a game-high four RBIs.

Lady Eagles use big inning to down Hereford

Canyon erased an early deficit by exploding for 15 runs over three innings to nab a 15-5 run-rule home win against Hereford during a District 4-4A matchup Friday.

The Lady Eagles trailed 3-1 after three, and found themselves down 5-3 heading into the bottom of the fifth. That’s when Canyon’s bats decided to wake up. Canyon poured it on in the bottom of the fifth for a 12-run inning. Danielle Burns highlighted the Lady Eagles huge fifth bombing two, 2-run home runs that each scored Berkley Bradley. Burns was 2-for-3 for the contest with all her damage coming in that inning.

The Dumas Demonettes never took their foot off the throttle during a 27-3 beating of Pampa in a district game in Dumas on Friday night.

The win was crucial for Dumas, which improves to 10-9 overall and moves into sole place of second behind Canyon at 4-2. Pampa (10-6-1) has now dropped back-to-back games falling to 3-3 in district.

Melanie Granados of Dumas had a career afternoon as she went a perfect 6-for-6 at the dish, adding two doubles and driving in six runs.

Cami Velasquez went 3-for-5 with a home run and five RBIs, while teammate Galy Davila had two RBIs on a 3-for-6 day.

A fast start was just what Borger needed on the way to a 9-2 home win against struggling Perryton in a district contest Friday.

Tanley McDonald delivered at the plate for with a singled, a double, scoring three times and adding an RBI.

Bushland showed no signs of slowing down anytime soon blanking Canadian 21-0 at Canadian on Saturday.

The Lady Falcons keep their winning ways going improving to 18-2-1 overall and 5-0 in District 1-3A play. The Lady Cats are still looking for that first league win at 0-5, and are now 3-17 overall.

It’s been a huge week for Bushland hurler Jillian Howell. On Monday Howell won the district championship in the shot put throwing a Texas Panhandle season-best mark of 40-3 1/2.

On Saturday, Howell handcuffed Canadian in five innings of work, limiting the Lady Cats to two hits, no runs, and racking up 11 K’s. Howell did damage at the plate as well going 3-for-5 with a double and three RBIs. Howell’s sister, Avery was equally impressive. Avery feasted on Canadian pitching with a coming a single short of the cycle driving in two runs.

River Road erased an early deficit to roll past Dalhart 16-5 on Saturday in a district matchup at Dalhart.

The Lady Wildcats improve to 2-3 in District 1-3A and 8-11 overall. River Road is a game behind Dalhart (8-7 overall) for second place in district, as the Lady Golden Wolves sit at 3-2.

Shiyan Lozano did a little bit of everything in the victory for River Road. Lozano got over a struggling start in the circle to pitch all seven innings, giving up two earned runs with eight strikeouts. At the plate Lozano helped herself going 3-for-5 with two doubles and three RBIs. Teammate and catcher Makanna Cooper homered as one of her three hits and also tallied three RBIs, while Mykaela Sharp went 3-for-4 and drove in a pair of runs.