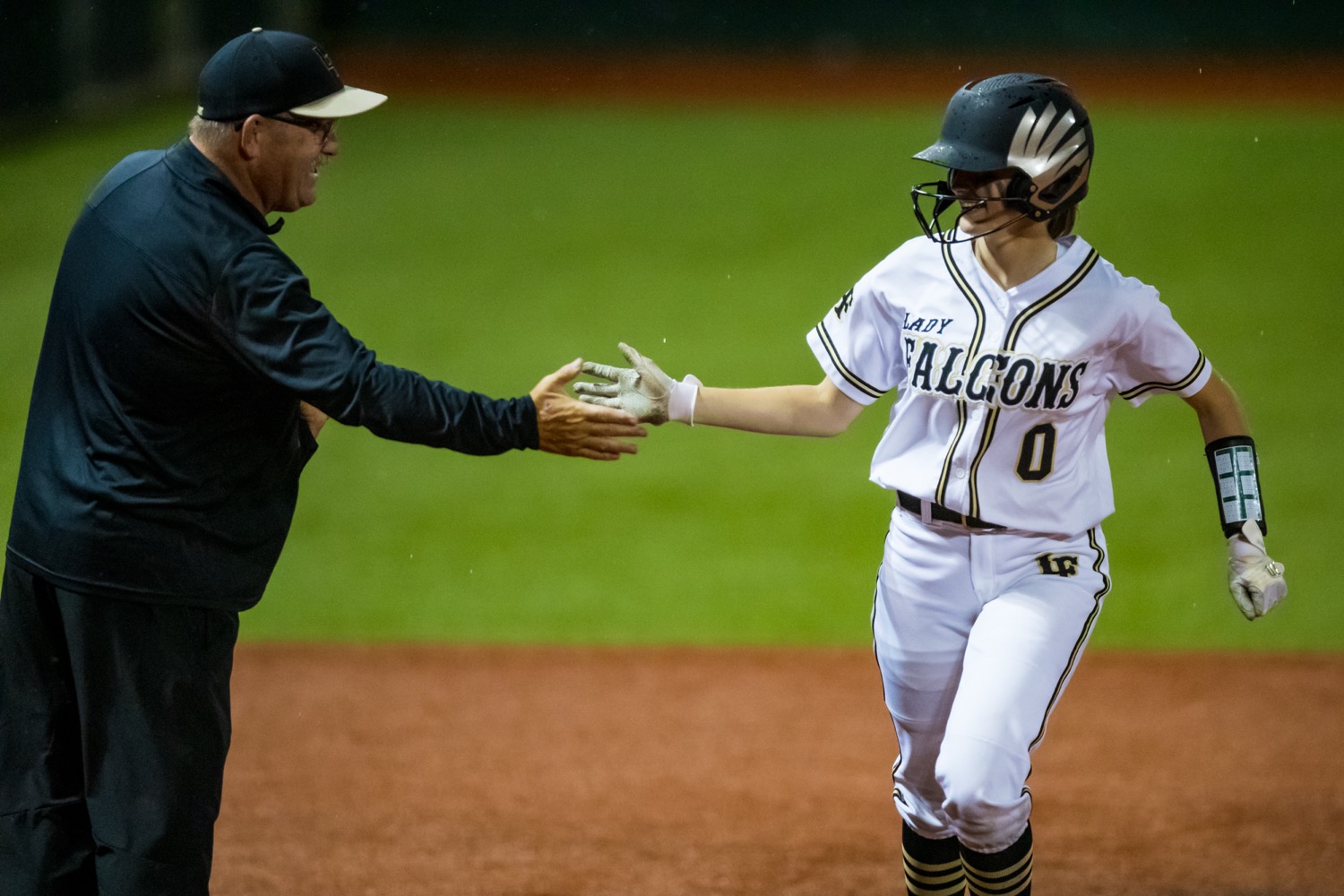 It was another night at the office for the powerful Bushland Lady Falcons.

The thunder in the skies matched the sound of the Lady Falcons bats as they crushed four homers on the way to a 30-2 win against Kermit in a Class 3A area round contest at Lubbock-Cooper on Friday.

Bushland now has 79 homers as a team this season and is closing in on Canyon’s national record of 82 set in 2017.

Fresh off a bronze medal as a part of the 400 meter relay at the UIL Class 3A state track meet in Austin, Corley Carr nor Jessie Fowler showed no signs of slowing down. Carr was 4-for-6 with a homer, and pair of RBIs, scoring five times. Fowler went 3-for-5 with a homer and four RBIs.

The Lady Falcons improve to 26-2-1 and will now play the Idalou-Brownfield winner in the regional quarterfinals at a time and place to be determined.

Canyon season came to a heartbreaking end at the hands of Monahans in a series that featured plenty of offense in the Class 4A area round at Lubbock-Cooper.

The Lady Loboes rallied from a 10-1 deficit Friday night in Game 1 to take a thrilling 20-19 win, then jumped on the Lady Eagles for a 17-12 victory to complete the sweep Saturday.

Canyon, the District 4-4A champions, end a great season at 18-10-2 overall. Monahans improves to 21-9, and will advance to the regional quarterfinals.

The Lady Eagles were in control leading 10-1 in Game 1 through the first two innings. That was until Monahans hitting warmed up scoring 13 runs over the fourth and fifth. Canyon plated six runs in the top of the seventh highlighted a Danielle Burns homer as they retook the lead 19-15. But in the bottom of the seventh the Lady Eagles couldn’t hold on as the Lady Loboes rallied back and earned the win on a Taryn Griner triple scoring the game-winning runs.

On Saturday, Canyon never overcame the tough defeat as Monahans jumped out to a commanding 11-1 lead and never looked back.

Despite the loss, Burns hit three homers in the series with six hits, totaling seven RBIs.