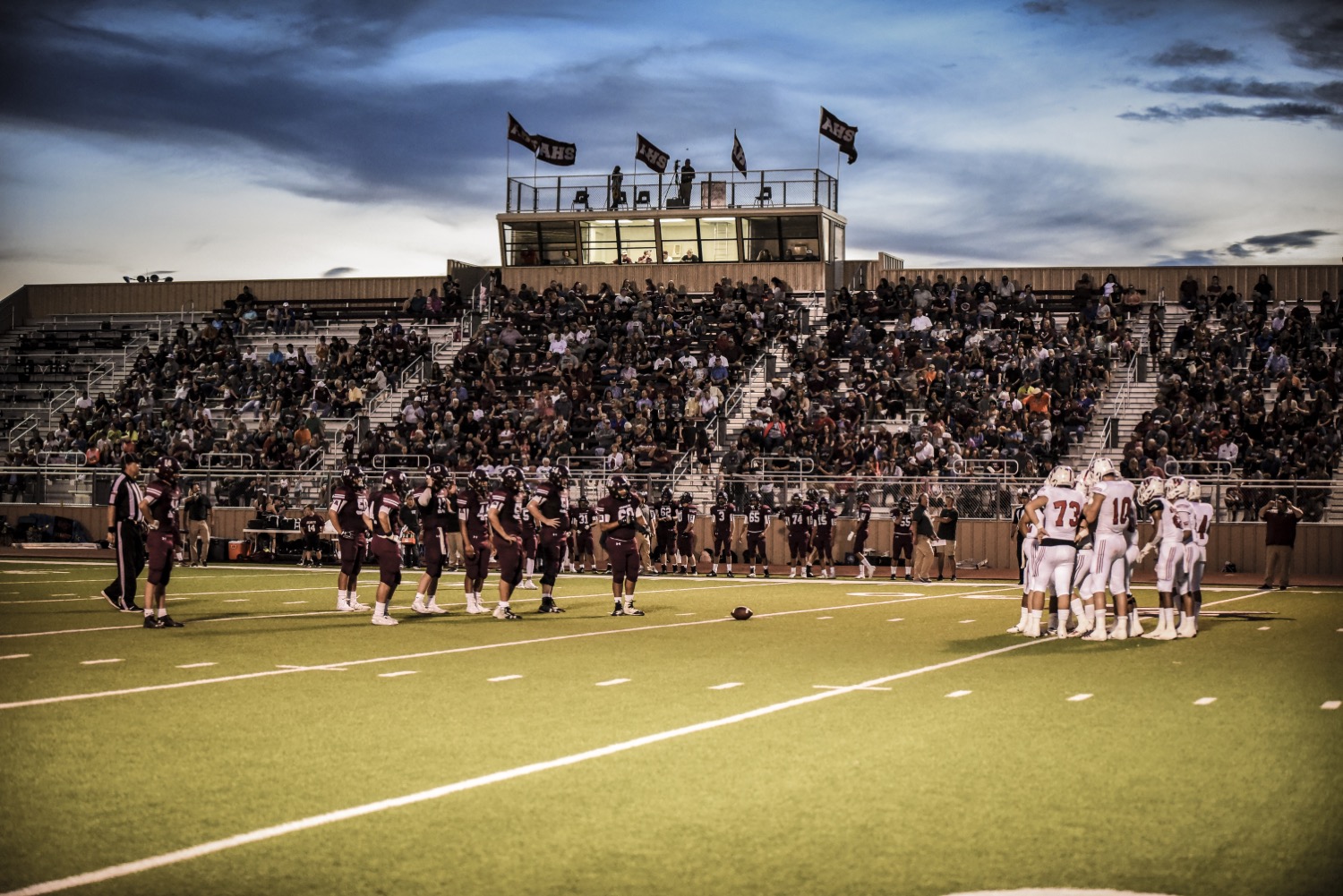 Plainview (1-2) at Dumas (3-0), 7 p.m. The Demons are on a roll through the first three weeks of the season with no signs of slowing down. Especially with Friday’s game being Homecoming. … Dumas 35, Plainview 8.

Levelland (1-2) at Pampa (2-1), 7 p.m. This game has seen lots of points put up by both teams in years past. The Harvesters have been putting it together of late, and are always tough at home. … Pampa 34, Levelland 19.

Lubbock Estacado (3-0) at Hereford (2-1), 7 p.m. It’s the Whitefaces chance to knock the Matadors from the ranks of the unbeaten. Hereford will have play its normal physical style and will have to take advantage of every possession. … Estacado 30, Hereford 23.

Shallowater (1-2) at Dalhart (2-1), 7 p.m. Former Randall coach Bryan Wood and the Mustangs come to the Texas Panhandle to square off with the Golden Wolves. Dalhart is anxious to prove they are better than the score showed against Bushland. … Shallowater 34, Dalhart 20.

Perryton (1-2) at Bushland (3-0), 7 p.m. Coach Jimmy Thomas and his staff has the Falcons flying high on both sides of the football. Expect Bushland to leave Homecoming on Friday at 4-0. … Bushland 35, Perryton 14.

Eastland (3-0) at Childress (0-3), 7 p.m. The Bobcats defense is going to have to slow down one of the top QBs in the state in Mavericks junior Behren Morton. If the son of Eastland coach James Morton gets going, it could be a long night for coach Jason Sims. … Eastland 36, Childress 13.

Sunray (0-3) at Tulia (2-1), 7 p.m. Since a season opening to Panhandle, the Hornets have rebounded nicely with back-to-back wins. Can they make it three in a row against the Bobcats? … Tulia 40, Sunray 8.

Crosbyton (0-3) at Dimmitt (0-3), 7 p.m. This is a matchup of two teams in dyer need of a win. The Bobcats have been banged up, but will have the firepower to take down the Chieftains. … Dimmitt 28, Crosbyton 7.

Friona (3-0) at Lubbock Roosevelt (0-3), 7:30 p.m. Not many teams have looked as good as the Chieftains have to start the year. Friona is physical up front with explosion in its skill position. I’m calling another W. … Friona 46, Roosevelt 12.

Floydada is coming off a big win over Floyd County rival Lockney while the Wildcats need a win to get their wheels turning. River Road finally gets that win. … River Road 35, Floydada 22.

This is a matchup of two teams headed in opposite directions. The Wildcats stay perfect with a road win. … Canadian 56, Sanford-Fritch 18.

Wellington wants to bounce back after having lost a gut-wrenching game against Abernathy. West Texas High has been putting on a show of late. The Comanches win another barn-burner on the road. … West Texas High 46, Wellington 34.

It’s a match of unbeatens as Panhandle travels to Vega for a matchup against a scrappy Longhorn team. Vega has put up major points but will face their most challenging game to date. … Panhandle 55, Vega 26.

Highland Park took one on the chin last week against a fast striking Vega team. The schedule doesn’t get easier with an athletic Mustangs team coming to town. … Wheeler 34, Highland Park 18.

Spearman (3-0) at Stratford (2-1), 7 p.m. It’s another great small school battle between two teams off to solid starts. This will be the Lynx toughest test to date while the Elks want a strong showing on Homecoming. … Stratford 35, Spearman 28.

The Roughriders have had a rough start. Sudan is paving a path to another successful season. Aim for Sudan to win big. … Sudan 48, Boys Ranch 8.

Gruver’s defense took its lumps last week while Shamrock celebrated its first win of the season. The Greyhounds bounce back on Homecoming. … Gruver 56, Shamrock 12.

The Broncos have had a pressing start to the season, but will take all that frustration out on the Moguls. … Clarendon 49, Munday 12.

Happy (2-1) at Follett (0-2), 7 p.m. The Cowboys have been impressive in the past two weeks and will look to continue that against a Follett team who had an extra week to prepare for this matchup. Kristian Wilhite will continue to carry the load of this offense. … Happy 52, Follett 6.

Wildorado (2-0) at Cotton Center (0-3), 7:00 p.m Wildorado continues to dedicatate its season to teammate Quentin Pond. Playing with a ton of momentum, expect the Mustangs to come out on top. … Wildorado 45, Cotton Center 21.

McLean (3-0) vs. Balmorhea (3-0), 6 p.m. Borden County. It’s a battle of two of the top 10 teams in the state in Six-man Division 1. Dave Cambell’s Texas Football has the Tigers as underdogs to Balmorhea, but Ben Crockett and a high powered offense should prove DCTF wrong. … McLean 76, Balmorhea 68.

White Deer (3-0) at Silverton (0-3), 7:30 p.m. After a few bumps in the road, the Bucks are riding a hot streak into this week’s matchup against the Owls. This White Deer offense is as close as it gets the the traditional ground and pound, and it should continue to work well in this one. … White Deer 60, Silverton 8.

Paducah (2-1) at Valley (2-1), 7:30 p.m. The Patriots dropped a tight game in Happy last week, and Paducah will be another tough test. This is a Dragons team that took White Deer to the limit. This game will be close. Paducah 62, Valley 50.