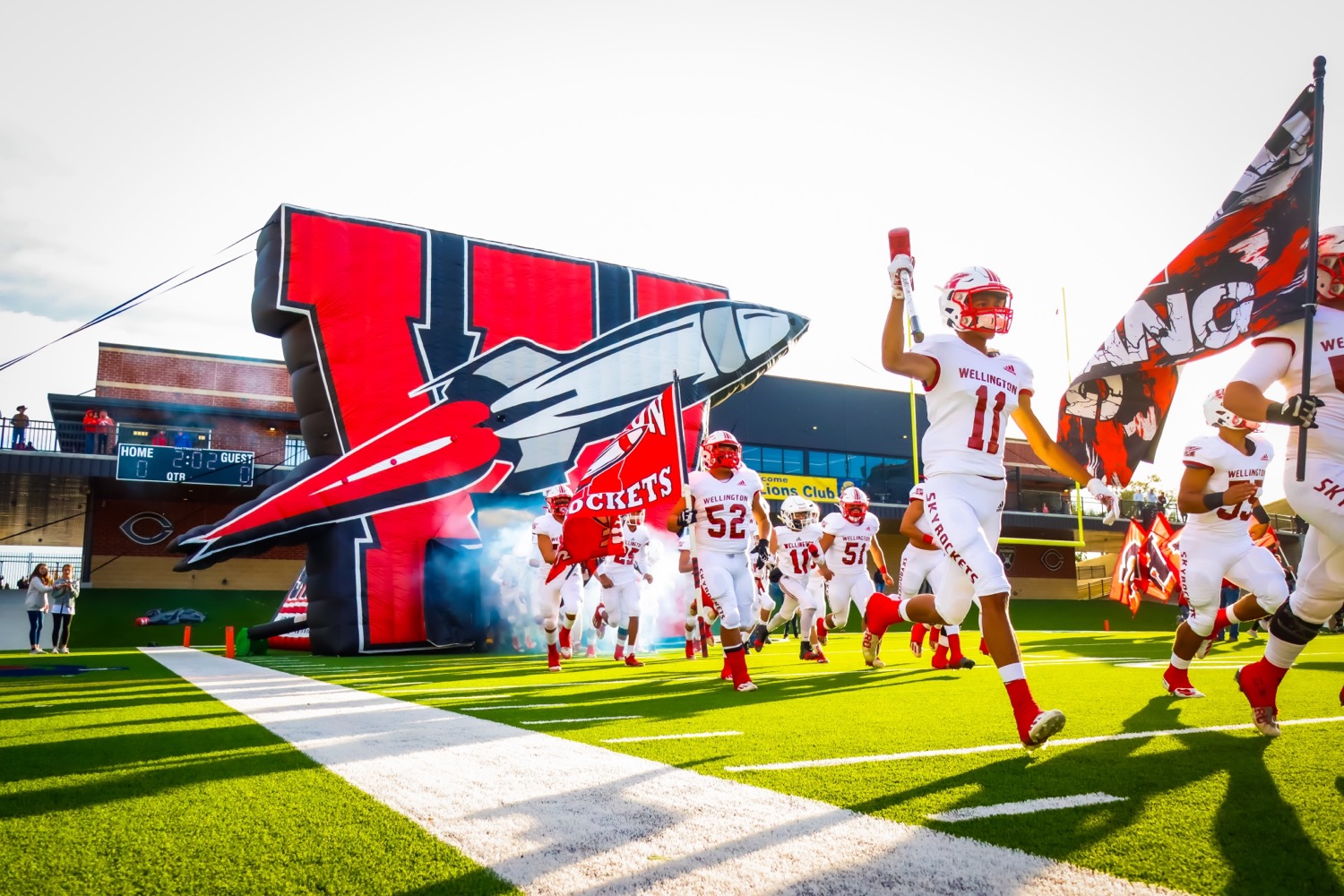 Congrats to coach Bryan Welps and his Wildcats on getting their first postseason win in six years last week. Now River Road jumps into brand new territory with the No. 2-ranked, and unbeaten Eagles. … Brock 42, River Road 18

The Elks steady offense, and lights out defense take care of the Eagles with no issues. … Stratford 44, Seagraves 13

Expect a very physical football game between two teams that like to run the ball. Clarendon will need its athletes to be the difference. … Clarendon 26, Wink 20

Lookie here what do we have in this area game,

Both running Triple Option, but not quite the same.

Tascosa has more speed than Burleson, no doubt,

Do defenses practicing option every day mean no rout?

The Rebs have a game with Major at QB under their belt.

Fourth straight year Randall has reached the area round,

Next up for Randall, an El Paso team to be found.

The Raiders will take on 10-1 Canutillo in Andrews,

It’s a running back who lights the Canutillo fuse.

Records would say Canutillo is the fav to win,

Much the same for AHS this week no doubt,

Although, Heritage vs. Del Valle is a certain rout.

AHS will have to play its best game of the year,

No homer here, Upset City, these Sandies have no fear. … Amarillo High 34, Heritage 31

Dumas appears to be in playoff mode entering the second round after bouncing back from a 17-point first quarter deficit to roll past Decatur last week. In fact, the Demons might be playing their best football of the season right now, which looks like bad news for Fort Stockton. While the Panthers rolled over Mountain View last week, the Demons are a huge step up in class, and for the third straight season, Dumas will advance to the third round. … Dumas 48, Fort Stockton 24

Perryton made a big statement last week by decisively beating Greenwood, giving head coach Kurt Haberthur his first playoff win at his alma mater. Isaias Dominguez had a career game by running for 229 yards and three touchdowns and the Rangers could use a similar effort against perennial power Celina to have any hope of advancing. Last week, Celina hung 66 on Mineral Wells, so the Rangers have their work cut out for them. … Celina 52, Perryton 22

The Falcons have found their way down the stretch behind solid defensive play, and offense that has continued to improve, while the Bearcats are athletic, and disciplined. This should be a good one. … Bushland 33, Whitesboro 24

The Mules won their first playoff game since 20-7. Their reward? A date with the defending state champs, and No. 1-ranked Indians. If Muleshoe can’t slowdown talented back Xavier Wishert, this game could get out of hand. … Jim Ned 48, Muleshoe 20

Canadian is the only team still standing out of District 3-3A Division II thanks to a thrilling overtime win against Idalou last week. The Wildcats and Broncos have had some epic playoff battles in the past. Canadian’s defensive line will be clutch if the Wildcats wants to advance. … Canadian 30, Sonora 20

This is the first playoff meeting between the two schools in 18 years. The Panthers are on a six-game win streak, but haven’t seen a team as good as the Loboes since nondistrict play. … Cisco 40, Panhandle 34

Here’s a rematch of last year’s state quarterfinal. The Badgers jumped out 18-0 before the Skyrockets offense woke up to score 46 unanswered points on the way to a 46-26 win. Expect a much closer matchup this time around between two teams ranked in the top-10. … Wellington 29, McCamey 27

New Home is a solid team, but not on the level of Gruver. The Greyhounds cruise to the regional semifinals. … Gruver 38, New Home 12

The Patriots showed their ability to put up points in their win over a Nazareth. The Bulldogs have been solid all season long. With Jaxon Edwards and crew finally at full health, Valley will be a hard out, but the Bulldogs will give them a run for their money. … Valley 56, Spur 50

The Cowboys haven’t been too happy when they’ve seen Borden County in the playoffs in recent memory. But after taking out the Regon I favorite, Springlake-Earth, last week, Happy should be able to find some redemption. … Happy 62, Borden County 50

This game may go down as the matchup that truly determined the regional championship. Both teams come in undefeated, but only one can come out with a clean record. The Panthers are hungry at another shot to make it past the regional championship, and Anton is looking for revenge from last season where Follett took them out. Shayne Franks has made defenses miserable. Anton’s offense can score, but it’s defense will have its hands full trying to stop Franks. … Follett 47, Anton 40

Here is a true test for the Tigers. Klondike gained some revenge getting a win back in the opening round of the playoffs against Whitharral, which it lost to earlier this season. Groom has had the more difficult schedule, and will look for it to pay dividends this week. The Tigers will need the Kuehler brothers, Stephen and Damon, to make big plays on both sides of the ball to get the major win. … Groom 56, Klondike 54.