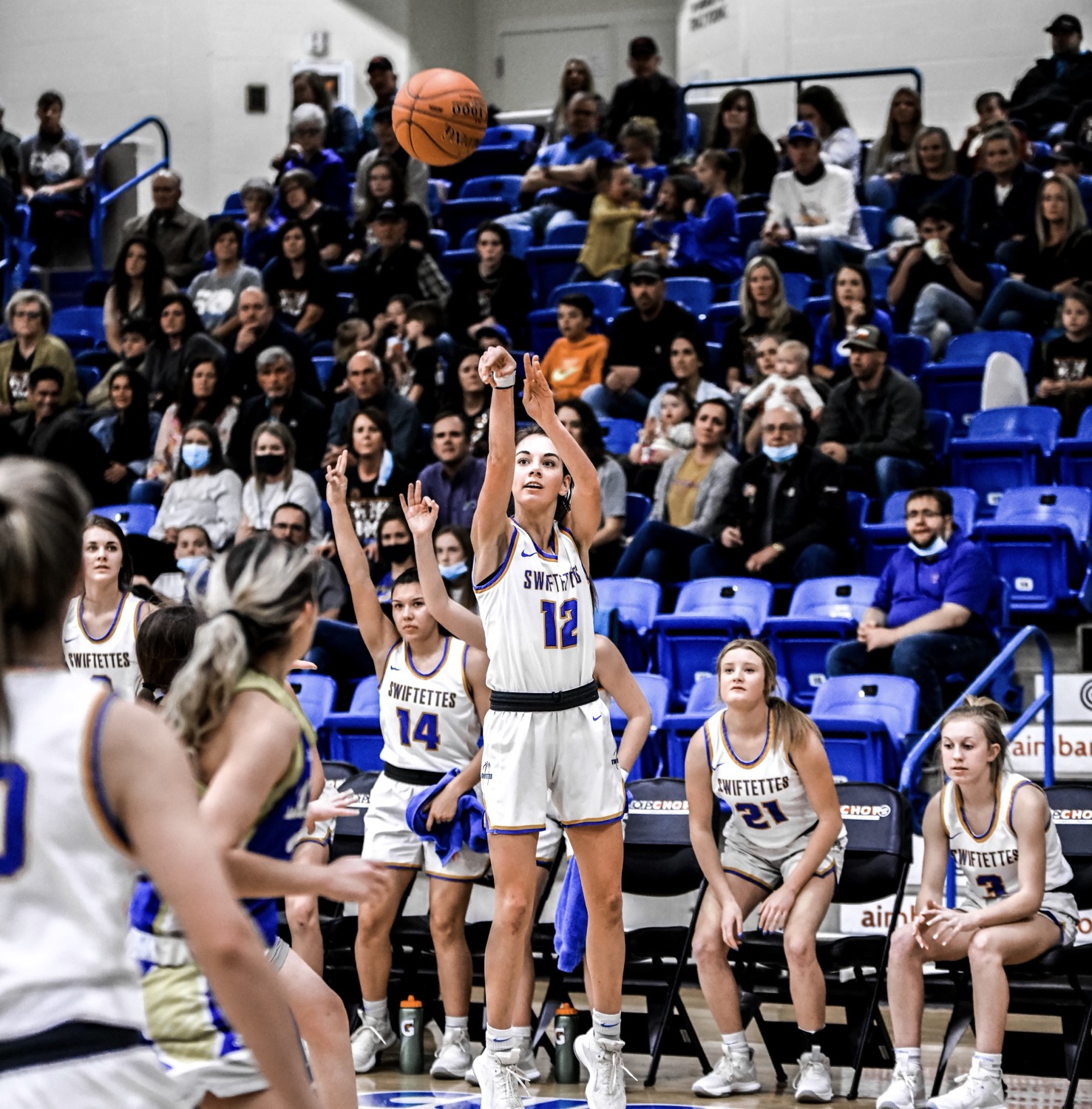 The Nazareth Swiftettes have claimed a familiar spot back in the Region I-1A final for an eye-opening seventh straight year after a 52-31 dismantling of Whiteface on Friday night at the Rip Griffin Center at Lubbock Christian University.

Nazareth jumped out to a fast start with a 14-2 opening quarter that set the tone for the rest of the night. Defense was the key for the Swiftettes win as they held Whiteface to 31 points in the matchup, something that had only happened twice to the Lady Antelopes all season long.

On the offensive end, it was senior Merry Gerber who led all scorers with 15 points on the night. She was accompanied by senior Emma Kleman who found all 12 of her points in the first half on four 3-pointers.

The Swiftettes (24-4) are firing on all cylinders as they advance to the regional to face Claude (19-8) at 6 p.m. Tuesday night at Amarillo High.

The Claude Lady Mustangs have come a long way since their 8-8 start to the season, and now find themselves one game away from advancing to the state tournament for the first time since 2018.

Claude made that possible as they took out Sands 42-31 Friday night in a regional semifinal at Lubbock Estacado.

After a slow start, the Lady Mustangs caught fire in the second quarter taking the lead by outsourcing Sands 19-8. That was the first and only lead change of the game. Claude’s offensive outburst was powered by senior Lanie Stapp’s 14 points. Teammate Maddox Scoggins chipped in with seven.

Panhandle showed no signs of an eight-day layoff after handling Gruver in the Class 2A regional quarterfinal.

The Ettes used a hot start and never looked back to down New Home 70-43 in the regional semifinals in Dimmitt.

Panhandle (27-3 overall) is headed back to the Region I-2A final where the Ettes await Saturday’s regional semfinal between Wellington and Sudan set for 3 p.m., at Caprock High School.

Panhandle was incontrol from the jump as they never relinquished the lead. The Ettes started off on fire riding an 11-0 scoring run to start the game. The Lady Leopards were never quite able to overcome it. Panhandle’s defense was huge, forcing turnovers and getting transition buckets. Tarleton State signee Mason Jones led all scorers with 17 points. Teammate Emmery Sides finished with 11 points.