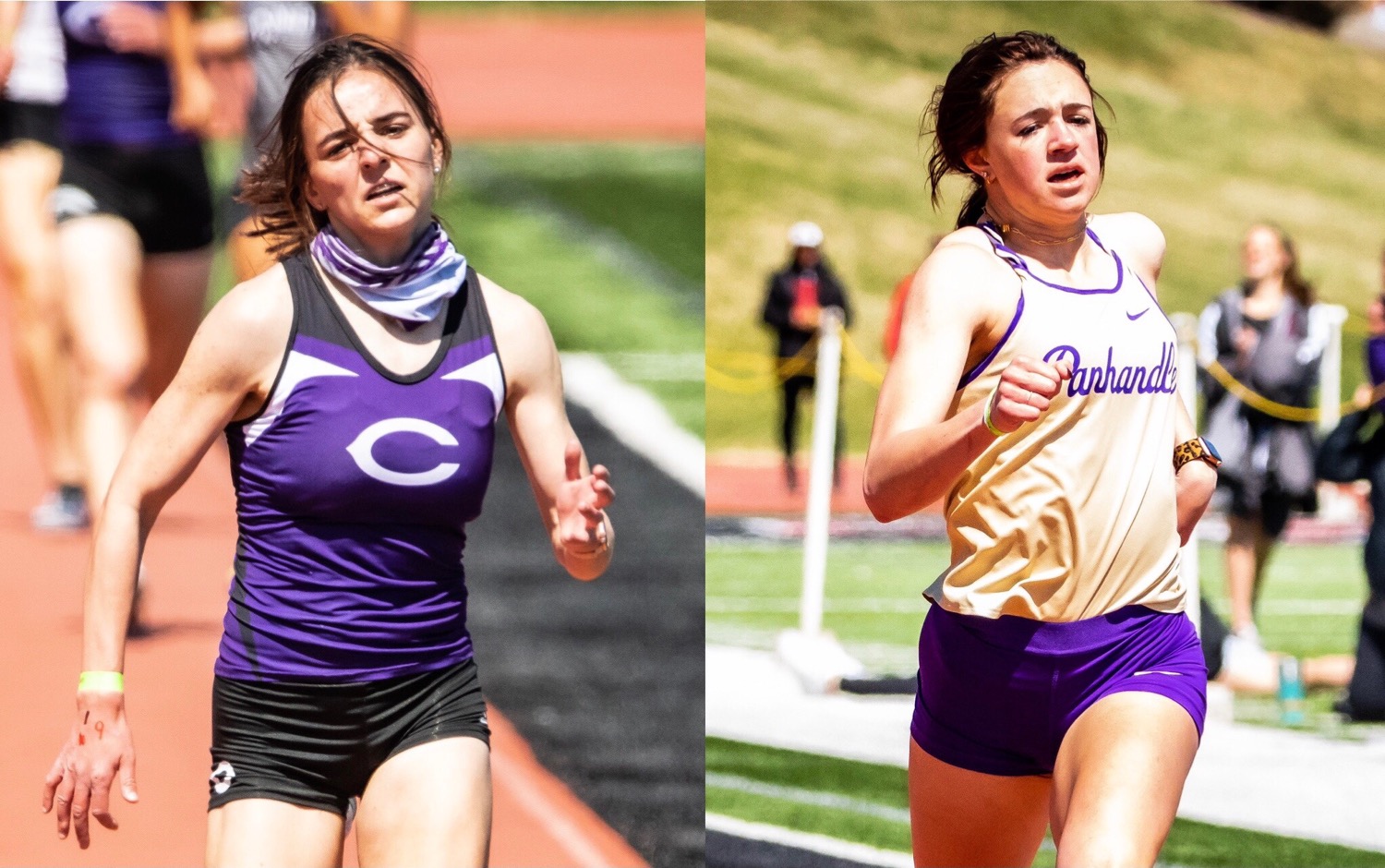 A north wind and cooler temperatures didn’t stop two Amarillo-area athletes from putting on fantastic performances during the final day of the 65th Amarillo Relays Meet of Champions on Saturday afternoon at Dick Bivins Stadium.

Stuart picked up from where she left off Friday when she broke the 3200 meter record by clocking an 11:06.33, by taking gold in the 800 meter and 1600 meter runs. Stuart, a three-time gold medal winner over the weekend, left everyone behind in the 800 to win the race thanks to a time of 2:19.03. About an hour later, the junior gutted out a thrilling performance in the 1600 meter, pulling away from Randall’s Sierra Sanchez and her sister and Canyon freshman, Hannah Stuart, on the final lap as she took on the north wind and left it all on the track to run a 5:20.04.

“That was tiring,” Stuart said. “I left all I had out there, especially in that final race. I didn’t have a lot left so I did what I could to win. It was a tough day to run, but I’m lucky to have great competition. My sister and Sierra (Sanchez) from Randall out there. We push each other and I’m always happy for them.”

“What a weekend,” Baca said. “Breanna and her sister Hannah are really strong and confident. But it’s not often someone comes to the Amarillo Relays and wins three events. We don’t see that often. For Breanna to do that was extremely impressive.”

Land from Panhandle is only three weeks removed from her basketball season, but it’s hard to tell with how she runs. The extremely strong junior has been running under a minute the past two weeks in the 400 meter run and she did it once again Saturday. Land blew the field away on the opening straight away going on to win the race by blazing a season-best 56.40. Land flirted with the Amarillo Relays Meet record missing Sommer Wild of Canyon (56.19) mark in 2014 by .03 seconds.

“It’s all about pushing myself through the first 200 meters,” said Land, who holds the best 400 time in the Texas Panhandle. “Then it’s all about finishing strong in the final 200. I feel like I’m running well, especially being three weeks out of basketball.”

As good as Land’s 400 race was, the mile relay is where she left her stamp. Land took the baton trailing Canyon’s Abree Winfrey and Amarillo High’s Symone Quiles by close to 20 meters. By the first curve Land had caught both of them and running a 55 second split to give Panhandle the win, while also setting a new Texas Panhandle-best time of 3:59.25. 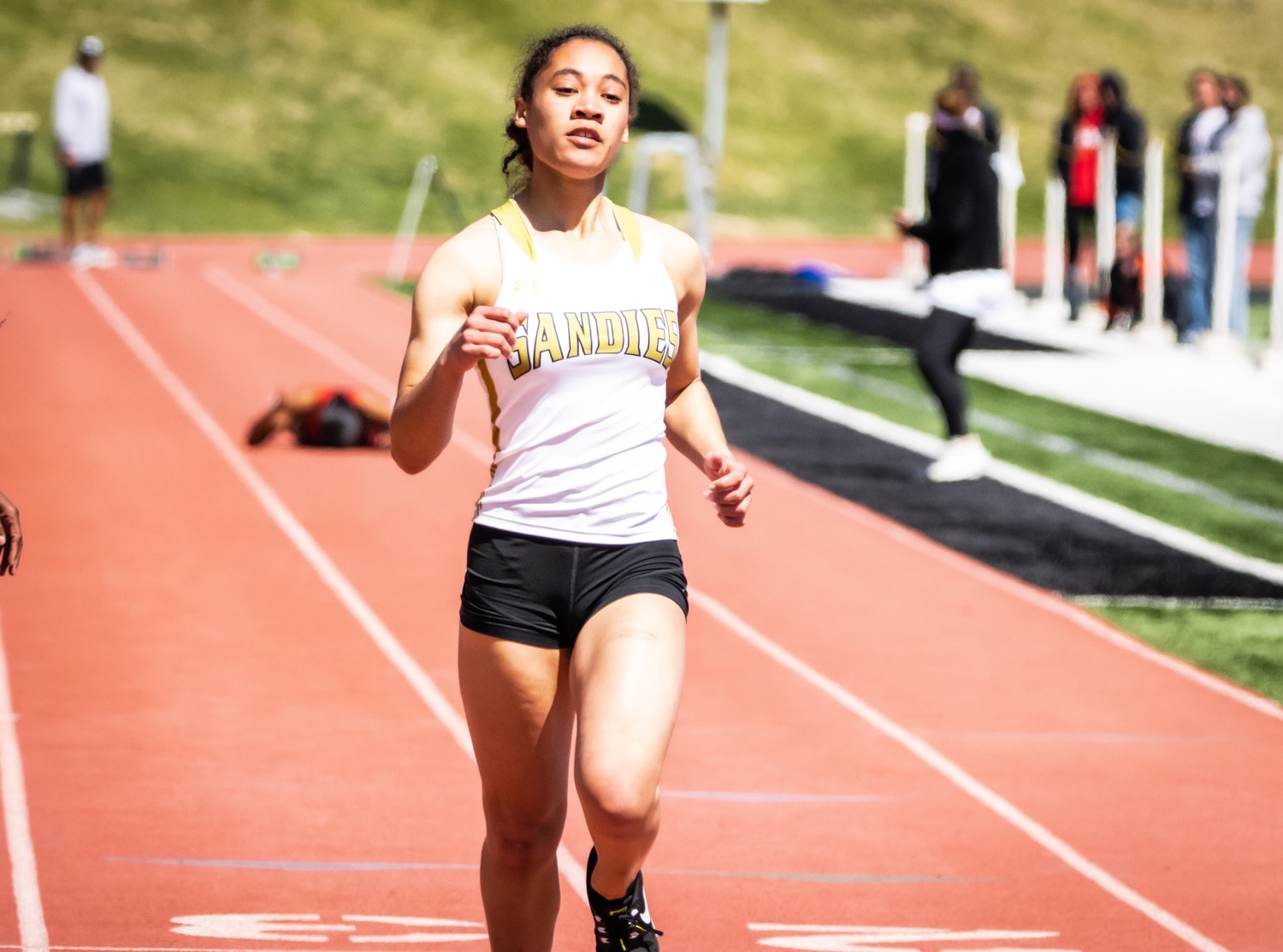 The Amarillo High girls team stacked up 165 points to hold off Canyon (134) and win the team championship.

It was a banner afternoon for Amarillo High’s Bree Mixon. The junior won a gold medal and set a new season-best time of 12.14 to win the 100 meter dash. Mixon’s 100 time is the fastest in the Texas Panhandle. Mixon wasn’t done there, as she earned two more gold medals on the sprint relay and 800 meter relay. The Lady sandies set season-records in both events clocking a 48.50 in the sprint relay, and a 1:43.87 in the 800 meter relay.

Randall hurdler Alex Bettag gets better each week in the 100 meter hurdle event. After setting a season-best 15.50 in Panhandle last week, Bettag went even lower when she cracked the 15 second mark, blazing a time of 14.92.

Cecilia Udoh of Palo Duro jumped to the top of the list around the Texas Panhandle with a fantastic race in the 200 meter run. Udoh pulled away from all competitors to clock a season-best time of 26.34 and win a gold medal.

For a look at the full results, please visit