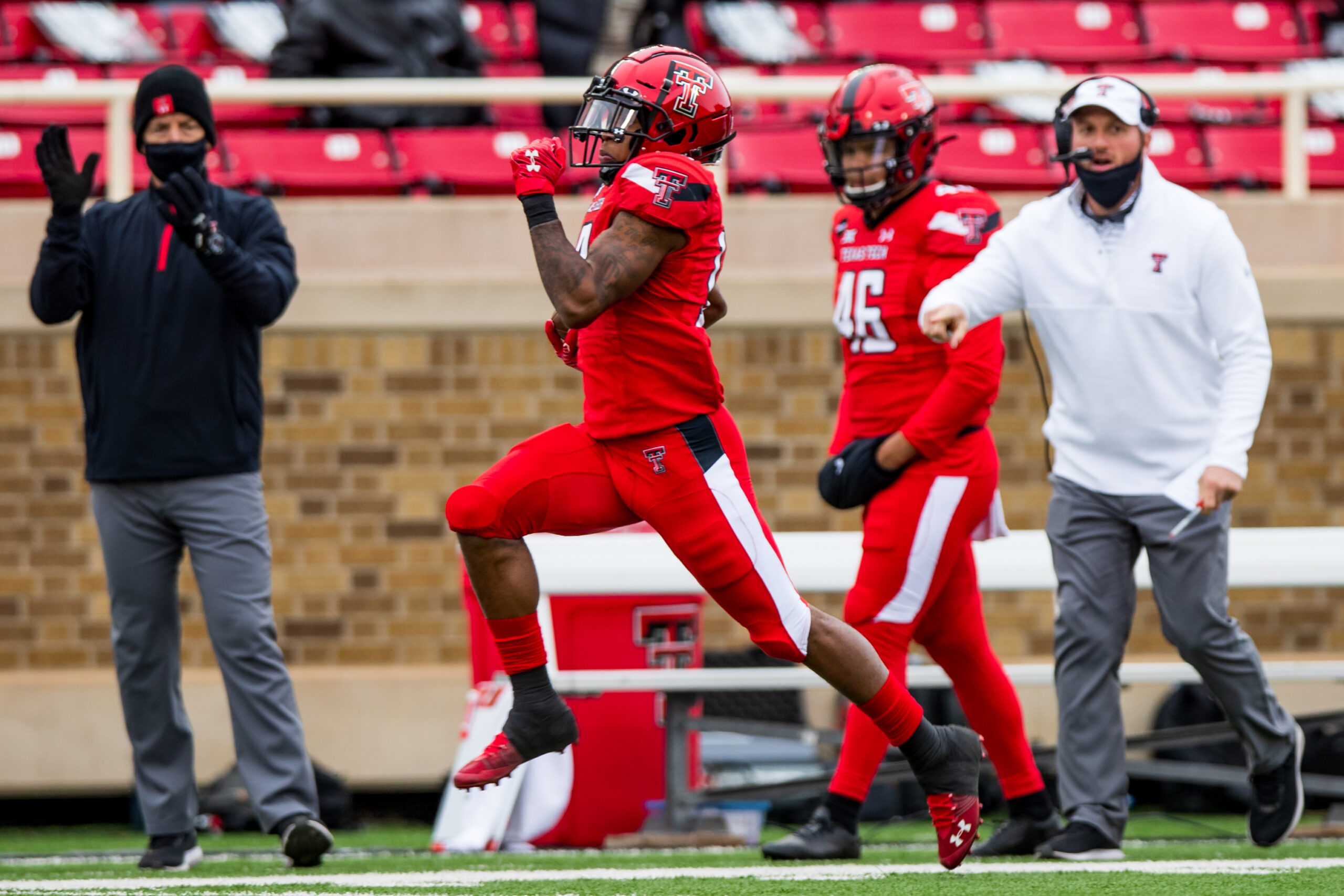 Really? You end it this way?

Although second-year Texas Tech head coach Matt Wells was not on the sidelines Saturday due to his personal bout with COVID, the final chapter of his second season was nearly a disaster.

Tech’s defense denied Kansas on a fourth and short play with 3:44 at its own 33 yard line to save the day from utter disaster and holding on for an uneventful 16-13 win over the lowly Jayhawks.

The game was boring, plagued with missed tackles and turnovers, certainly not what you want seeing out of team as a coach heads into his third season.

I mean Kansas has been getting ripped all year, drooping to 0-9 after the loss to Tech Saturday.

Tech played lackluster losing foru turnovers, missing three field goals and to Kansas’ level all game long, a sign of team ready to just get things over and move on to next year.

Yeah, everything can be blamed on COVID and crazy 2020, but Wells has hardly endeared himself with Tech fans and boosters in year two.

The questions remain if Wells is the man to lead Tech to the upper level in the Big 12 even for one magical season, let alone for years of consistency.

Keith Patterson, the assigned head coach for the day to replace Wells.

Been a while since Tech won three in Big 12

Even though fans had limited access to AT&T Jones Stadium this season because of COVID, the Red Raiders had success at home in more than a decade.

While blowing the big lead to Texas way back on Spet. 26 and getting routed by Oklahoma at The Jones 62-28 on Halloween, with Tech’s 13-6 win over Kansas Saturday it tied a home mark not seen since 2009.

Tech hadn’t won three Big 12 games at home since 2009. The three Tech wins this year were over West Virginia, Baylor and Kansas.

Lott’s a big man at 6-foot-4, 324-pounds and started the first seven games for Kansas this year at left guard. However, according to the Kansas PR department, Lott did not suit for last week’s home game for Texas Christian and then did not travel for Saturday’s game in Lubbock.

The Amarillo-area was represented Saturday by three players on the Kansas-Texas Tech in Lott for the Jayhawks and Dalton Rigdon and John Holcomb for the Red Raiders.

Rigdon, a junior wide receiver from Perryton saw a few plays of action but didn’t catch a pass.

Holcomb, a true freshman from Wellington, made a name for himself in year one at Tech earning a lot of reps in Saturday’s game. He didn’t catch a pass but if playing time is any indication of what’s in store, Holcomb has a quite a career ahead of him.

“We will go to the Tech basketball game tomorrow (Sunday) at 12:45 and then have a staff meeting at 3 p.m. We just continue on.”